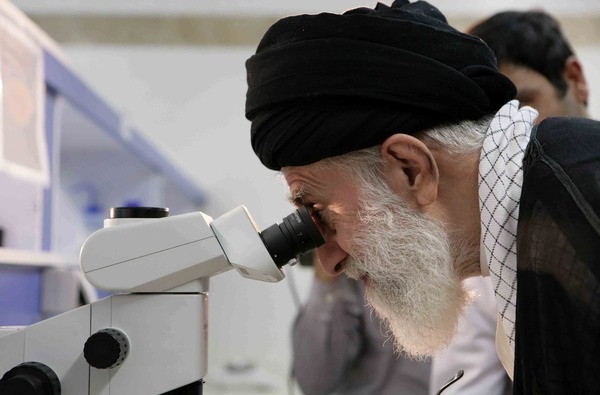 On three occasions in the past eight decades, Iran has served as a turning point for America’s strategic global interests. Now, as the Trump Administration turns up the pressure on the Islamic Republic, it appears the country may once again become a fulcrum for our country’s strategic interests in the Middle East and beyond.

The first time modern Persia found itself in a key global position was in the immediate aftermath of World War Two, when the Soviet Union’s imperialist designs were focused on Iran’s already well-known oil reserves, and access to the country’s ports on the Persian Gulf. The United States and Great Britain teamed up to ensure that they, and not the USSR, held sway in Teheran after the defeat of the Axis powers. For the next three decades Iran served as a key military and economic ally to the United States; providing a steady supply of oil, and invaluable intelligence on Soviet missile technology captured from listening posts in northeastern Iran overlooking the Caspian Sea.

That important bilateral modus operandi disintegrated in 1979 with the overthrow of the pro-American Shah, and the installation of what quickly became a regime controlled by a cleric-based Supreme Council headed by the Ayatollah Khomeini. The subsequent rise of militant Islam as a force not only in Iran but throughout the region, from Syria and Iraq to Afghanistan and Pakistan, became a force that has dominated much of America’s global strategy for the past four decades.

Since 1979 and over the course of six American presidencies from Jimmy Carter to Barack Obama, policymakers at the White House, on Capitol Hill, in the Pentagon and at Foggy Bottom have struggled — unsuccessfully — to deal with the successive religious regimes governing the Islamic Republic. On-again, off-again financial and economic sanctions have largely failed in their goal of forcing Tehran to negotiate seriously with Washington. The low point of this multi-decade comedy of errors was the 2015 decision by the Obama Administration to lend America’s imprimatur to the Iran Nuclear Deal, formally known by its bureaucratic nomenclature, the “Joint Comprehensive Plan of Action.”

The Obama Administration’s diplomatic endeavor was led by Secretaries of State Hillary Clinton and John Kerry, who between them exhibited less understanding than college freshmen, of the forces of Realpolitik that for centuries has undergirded the principles and processes by which nation states operate. The duo deemed the 2015 JCPOA a step essential to bring the Islamic Republic into the family of nations governed by our norms of behavior.

So rigidly focused on appeasement diplomacy was the Obama Administration, however, that it lost a chance six years before signing the JCPOA that, had it been handled with understanding, finesse, and commitment, would have born far more tangible and positive results than a dozen nuclear deals.

For it was in 2009 that genuine, popular dissatisfaction with the cleric-led regime in Tehran, spear-headed by Iran’s highly educated and largely secular middle class and student sectors, came remarkably close to forcing a real change in the country’s governing structure. Simplistically referred to by Western media as the “Green Revolt” or “Iran Spring,” this upheaval was tamped down by the governing Khamenei regime employing extensive police and military power.

The Obama Administration had considered offering tangible support for the reform movement, but in the end deemed such a move at odds with the nuclear “deal” strategy being pressed on Washington by our European allies. Obama’s predisposition, as usual, was to use traditional diplomatic niceties in dealing with Iran, rather than the carrot-and-[hard] stick approach that demonstrably and historically has proved far more beneficial to us when confronting stubborn adversaries.

Consistent with his 2016 campaign promises to withdraw the United States from the JCPOA, President Trump did just that in May; and has followed with strong and tightening economic sanctions on Iran. The impact of the sanctions on that country’s economy has been magnified because of the systemic and well-documented financial corruption infesting the current regime headed by Supreme Leader Ali Khamenei.

This situation offers clear and workable avenues through which carefully directed assistance of various sorts, including financial, could be directed profitably to student groups, business leaders, and even carefully identified military officials in Iran. It is important to bear in mind that this strategy is not at odds with the American President continuing to engage in a spirited verbal boxing match with Khamenei in the media and international forums. This actually aids in keeping the focus on those very aspects of U.S. policy that are weakening and undermining the clerics’ shaky hold on power.

Strong and consistent messaging, backed by well-calculated actions, will appeal to Iran’s large, well-educated and primarily secular and Western-oriented business class and student sectors. It may appear counter-intuitive, but those groups share one character trait with the clerics — they respect strength and consistency. To the degree the Trump Administration exemplifies and pursues those same traits (that were painfully absent the previous eight years), the closer we will come to an historic and positive change in Iran that for so long has seemed beyond our grasp.

Bob Barr represented Georgia’s Seventh District in the House of Representative from 1995 to 2003. He worked previously with the CIA, has traveled and worked extensively abroad, and graduated from high school in Teheran, Iran.