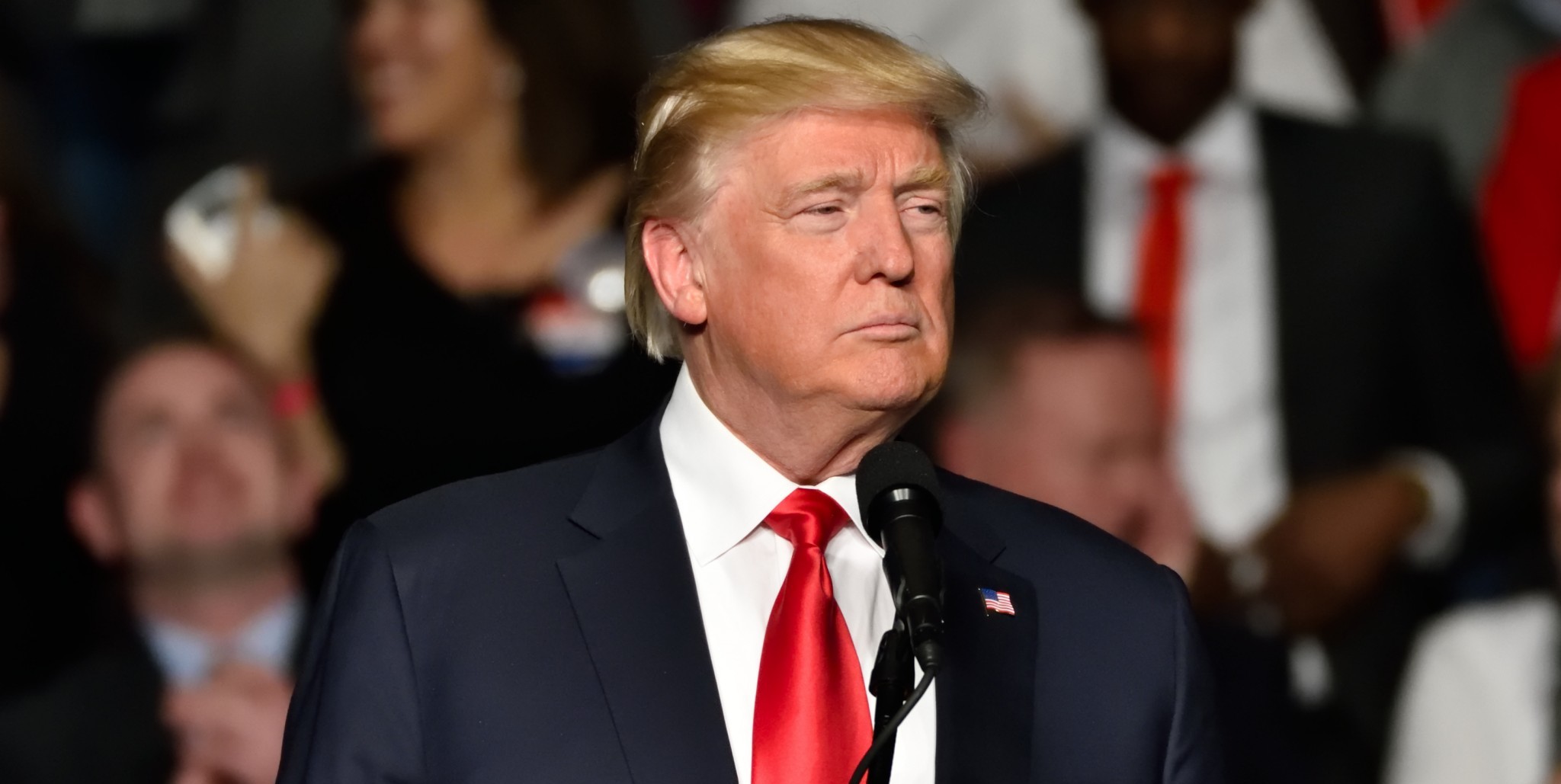 The contrast could not have been greater.

There was former President Donald J. Trump in Alabama on Saturday night. He was crisp, to the point, and defiant.

Then there was President Joe Biden. The bumbling president has come under attack for his disasters in Afghanistan, at the southern border, and more. A combination of American media figures and politicians across the ideological divide are shocked by the disaster in Afghanistan. This is not to mention that Biden’s Afghanistan incompetence has infuriated American allies. The British Parliament went out of its way to hold Biden in contempt for his withdrawal of American troops from Afghanistan. What Biden did, the MP’s said, was “catastrophic” and “shameful.”

The contrast between Trump and Biden reminds the historically aware of the now-legendary tale of a scorned Winston Churchill in the 1930s, who warned the country and the world that Prime Minister Stanley Baldwin and his successor, Neville Chamberlain — leaders of Churchill’s own Conservative Party — were repeatedly ignoring the deadly serious threat building in Germany.

As events moved on, Churchill would pillory Baldwin for his refusal to re-arm Britain even as Hitler was building up the Nazi arsenal. Chamberlain, upon taking office, arrogantly informed his own brother, an earlier foreign minister, that he would serve as his own foreign minister. Why? Because in Joe Biden-style, Neville Chamberlain arrogantly believed he was such an expert on the subject that only he could lead. His brother Austen, himself having served earlier in the job, chided him, saying: “Neville, you must remember you don’t know anything about foreign affairs.” Which is precisely what so many Americans are now saying, too late and at much cost, of Biden.

Chamberlain notoriously sought to appease Hitler on the issue of Czechoslovakia, meeting with the Fuhrer in Munich and ostentatiously returning with a piece of paper bearing Hitler’s signature to a supposed agreement that would bring “peace in our time.” Suffice to say, it did not.

No one was more aware of what had happened and what was coming to Britain and the world than Winston Churchill. According to Churchill’s biographer William Manchester, Churchill, in writing to a friend to decline an invitation for a cruise in the Caribbean, said: “We seem to be very near the bleak choice between War and Shame. My feeling is that we shall choose Shame, and then have War thrown in a little later on even more adverse terms than at present.”

This was, of course, exactly what happened.

In today’s world, no one has been more prescient in the style of Winston Churchill about what a disaster a Biden presidency would mean for America than Donald Trump. In his Alabama speech the other night, Trump said, among other things, this:

I warned the entire country of the disastrous consequences of a Biden presidency. I understood; a lot of you understood it. I said Joe Biden would eliminate America’s borders in the middle of a pandemic. He did.

I predicted that he would unleash a wave of violent crime that would turn our cities into a nightmare of killing and bloodshed.

Biden failed totally on the pandemic, and he’s now overseeing the greatest foreign policy humiliation in the history of the United States of America. This is the greatest humiliation I’ve ever seen.

Biden’s botched exit in Afghanistan is the most astonishing display of gross incompetence by a nation’s leader — perhaps at any time that anybody’s ever seen.

They have to respect your president. When I was president, we only had strength . . . Now they’re taking advantage of us. And remember this: This isn’t stopping, this is going to go on for a long time. This isn’t going away.

In short, this was Trump’s Churchillian warning — and not for the first time — that in choosing between shame and war, Biden will get both.

Churchill biographer Manchester wrote of Churchill’s reaction to Chamberlain’s disastrous dealings with Hitler: “Churchill’s feelings were unmixed; he was outraged.”

Manchester also described Churchill’s treatment by his enemies during what are now called his 1930s “wilderness years” in a way that eerily fits Trump exactly: “He was disowned by his own party, dismissed by the BBC and Fleet Street and the social and political establishments as a warmonger.”

Today, it is Trump who is dismissed by the establishment media and the “social and political establishments” of our day. And make no mistake. Looking beyond Trump himself, the real disdain by these elites is for Trump’s base — all those thousands of Americans who flooded that Trump rally in Alabama, not to mention the millions of Americans who enthusiastically turned out to vote for him.

The other night I attended an “Audit the Vote” rally in nearby Scotland, Pennsylvania. The turnout was not merely standing room only. It was wildly enthusiastic in supporting Donald Trump, who wasn’t even there! The crowd repeatedly and spontaneously erupted into chants of “USA! USA!” In listening to the crowd and speaking with many of them, it was crystal clear that there was a staunch belief in that room that Pennsylvania did not have an honest election, hence the demand for an audit and election integrity. The rally was Trump’s “America First” personified.

Watching that Trump speech in Alabama, there was one more Churchill pearl of wisdom that Trump was personifying. As World War II picked up speed in 1941, with Britain under relentless attack from Hitler’s forces, Churchill spoke at Harrow, the school he had attended as a young man. He said to his audience:

From the moment Donald Trump came down that Trump Tower escalator to announce his candidacy in 2015, he has been repeatedly underestimated. Like Churchill, Trump has been treated by his enemies just as William Manchester described Churchill’s treatment by his own enemies: “As a political pariah, out of joint with the times.”

Except, of course, that as time moved on, it became obvious that Churchill was not only not “out of joint with the times” but in fact a leader — the leader — of his times. By July of 1939, a poster in the Strand in London asked, “What Price Churchill?”

It takes no imagination to predict that as one Biden disaster after another swamps America and the world, the call will similarly go up across America in 2024:

Jeffrey Lord
Follow Their Stories:
View More
Jeffrey Lord, a contributing editor to The American Spectator, is a former aide to Ronald Reagan and Jack Kemp. An author and former CNN commentator, he writes from Pennsylvania at jlpa1@aol.com. His new book, Swamp Wars: Donald Trump and The New American Populism vs. The Old Order, is now out from Bombardier Books.
Most Popular
1
Political Hay
McConnell Gets Burned After Trying to Compromise With Democrats on Electoral Count Act
by Ali Alexander