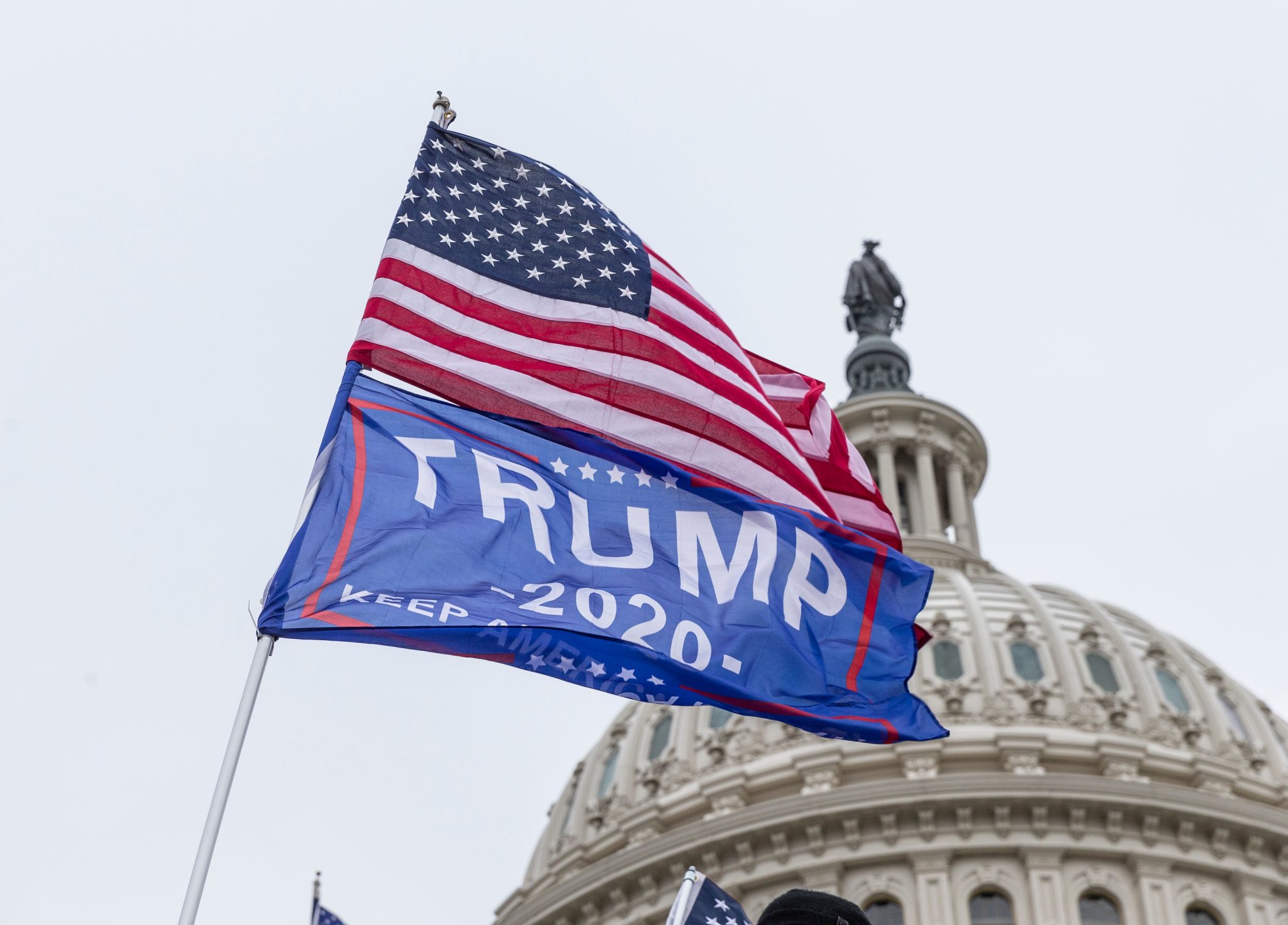 So far, the 2020s have some Republicans gazing into the abyss once again. But if you’re starting to feel immortal longings, step back from that ledge, my friend. Democrats would love nothing better than to see the GOP give in to self-slaughter.

Led by Nancy Pelosi, Chuck Schumer, and their progressive allies in the media, Democrats are attempting a bloodless purge, demonizing, canceling, and punishing Donald Trump and the 75 million Republicans who voted for him. They’ve abused the impeachment process for the second time in two years. They’re trying to fire or disbar citizens and legislators for exercising their First Amendment rights. They’ve censored online speech in ways that would make Chairman Xi blush.

Meanwhile, Joe Biden is still muttering like a madman about “bringing the country together.” Don’t they let him watch television anymore? Doesn’t he realize that no one is listening to him, least of all his Democratic colleagues and their tech overlords?

Unfortunately, Republicans are having trouble mounting a united defense because they’re too busy fighting each other. In fact, Trumpsters and progressives both want to destroy the GOP — the latter for being too Republican, the former for not being Republican enough.

In light of Trump’s missteps since the election, I speculated in a recent column that Trump and the Republican Party would soon part ways. Many former supporters on the right have already distanced themselves from their disgraced standard-bearer. Numerous members of Trump’s staff have resigned. On Tuesday, four ex-joint chiefs of staff wrote a formal letter criticizing the behavior of their commander in chief. On Wednesday, 10 (soon-to-be-primaried) House Republicans voted with the Democrats in favor of “Impeachment, Part 2: This Time We Mean It.”

For Trump’s part, it’s just a matter of time before he says to the GOP — like Shakespeare’s arrogant but talented Coriolanus to the ungrateful citizens of Rome — “Thus I turn my back: there is a world elsewhere.”

I won’t blame him for being angry, but what did he expect? Trump is a gambler who overplayed his hand. He expects absolute loyalty, but he shows little. He demands respect, but he grants none. He hates weakness and incompetence, reserving his worst invective for “losers.” Losing to Biden upset his entire universe.

To split or not to split

Some long-time residents of MAGA Nation took issue with my column. In their comments, many expressed total allegiance to Trump, while heaping scorn on Republicans:

I understand that many diehard Trump supporters hate the “Republican establishment,” whatever that phrase means to them. They’re still in the anger stage of the post-election grieving process, which some of us went through last Thanksgiving. We should try to remember that everything we have in common as patriots and conservatives — Americans who want our country to prosper in the face of radical, left-wing adventurism — far outweighs our disagreements about individual leaders.

The Sturm und Drang inside the GOP right now reminds me of the crisis that the Democratic Party experienced following Hillary Clinton’s startling loss in 2016. After they recovered from their epic hissy fit, Democrats made peace with their various factions, closed ranks, and went to work. Two years later, they flipped 41 House seats in the midterm elections, regaining control over that body. They gained 350 seats in state legislatures and took “trifecta” control over nine states and territories. They also shored up their base in battleground states like Wisconsin, Pennsylvania, and Michigan in anticipation of the presidential election.

What they did not do was blow up their party or abandon the political process. Why? Because that would have been stupid.

Which brings me back to the question currently facing Republicans — to split or not to split?

Millions of enthusiastic Trump supporters are in favor of a third party, led by the president (assuming he’s eligible to run) or a candidate of his own choosing.

It’s a bad idea. As Republicans, we’ve seen this movie at least twice. Let’s just say it doesn’t have a Hollywood ending.

In 1912, former President Theodore Roosevelt lost the GOP nomination to his friend and one-time Secretary of War President William Howard Taft. In a huff, Roosevelt quit the Republican Party and formed the Progressive “Bull Moose” Party, a populist group of disaffected former Republicans. As the Progressive Party nominee, Roosevelt went to war against the political establishment.

In what should have been a comfortable win for Taft and the Republicans, Woodrow Wilson — the most left-wing president in American history up to that point — won the presidency with 42 percent of the popular vote and 400 electoral votes. Roosevelt finished second with 27 percent. The Progressive Party collapsed soon after, and Roosevelt rejoined the GOP.

In 1992, history rhymed when business tycoon Ross Perot announced the formation of the Reform Party, another populist movement made up mostly of independents and disgruntled Republicans. (In 2000, Trump ran briefly for president as a Reform Party candidate before withdrawing.) While Perot didn’t earn a single electoral vote, he did win 19 percent of the popular vote, the highest percentage of any third-party candidate since Roosevelt.

Democrats were the main beneficiaries of Perot’s efforts. By splitting the Republican vote, Perot handed Bill Clinton a win that would have otherwise gone to incumbent George H. W. Bush.

(Democrats aren’t immune to leftist autophagy, as Ed Driscoll of Instapundit regularly points out. In 2000, Ralph Nader’s Green Party might have cost Al Gore the election against George W. Bush, though some argue otherwise.)

Will Trump run for president in 2024? Will he bankroll candidates from a new party to run in national races against Republicans?

Anything is possible. Politics is personal for Trump, and revenge has always been a strong incentive. Given his age, however — and the possibility that one or more of his adult children might run for office as Republicans — he might choose to spend his money and time more constructively.

Regardless of what he does, his followers shouldn’t give up on the GOP, even if they think the GOP has given up on them. It hasn’t. The benefit of institutions like the Republican Party (as opposed to individuals) is that they constantly change and evolve, conserving wisdom and knowledge across generations. This year’s GOP is not the same as last year’s, nor does the future of the party belong to Romney, Graham, McConnell, Murkowski, or Sasse. Republicans are now the party of Haley, Cruz, DeSantis, Hawley, Ernst, Cotton, Scott, Stefanik, Crenshaw, and hundreds of other dynamic leaders at both the federal and state level. One bad election doesn’t change that.

If we are going to preserve the legacy of the last four years and integrate a policy of “Trumpism without Trump” (as American Spectator Editor-in-Chief R. Emmett Tyrrell, Jr. and others put it), we have to stand together.

The GOP has plenty of enemies on the left. Let’s not do their work for them.