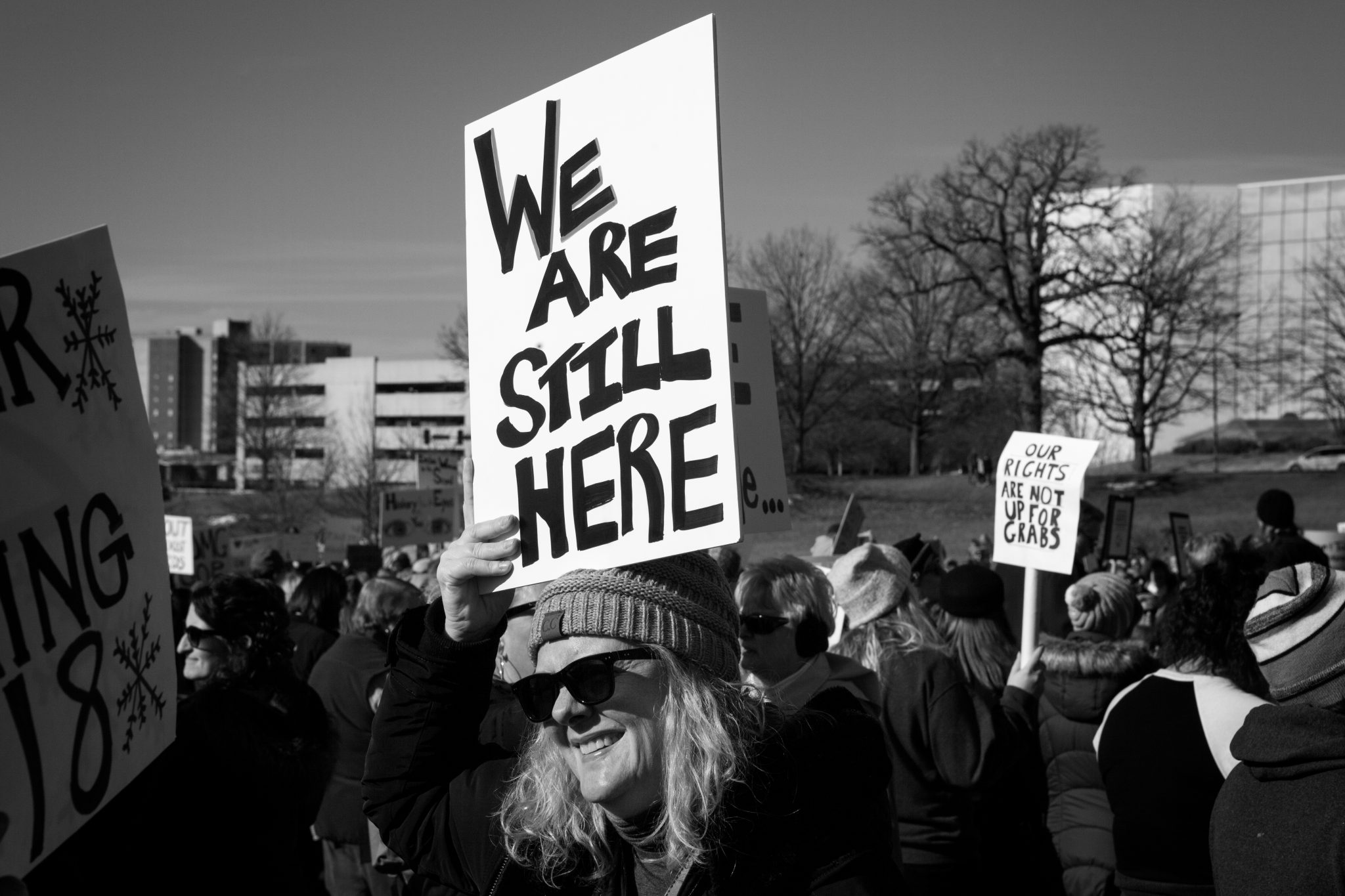 After declaring that all are endowed by nature and God with inalienable rights, the most important of which are the rights to life, liberty, and pursuit of happiness, America’s Declaration of Independence goes on to state: “that to secure these rights, Governments are instituted among Men, deriving their just powers from the consent of the governed … ”

We understand from this the negative as well: A government that does not derive its powers from the consent of the governed holds power unjustly.

These social media giants have responded by shutting down free speech in a way never seen in this country since the Alien and Sedition Acts of the late 1700s.

The prime instrument a democracy uses to assure that it is using power justly is elections. Every so often, the legislators and the chief executives of the national government must renew their mandate from the people or be replaced by those who the people believe better represent their interests.

But how can people know whether one person or another better represents their interests? The Framers of the Bill of Rights laid that down in the First Amendment: Our speech and our press must be left free to discuss and evaluate, to debate and to persuade or dissuade. And our houses of worship must be left free so we can seek inspiration and instruction within, so that we can make the best decisions for ourselves and for our country.

But what if a candidate or a party tries to interfere with this process? What if a campaign does everything it can to obscure the issues, to hide its intentions from the people, holding itself unaccountable to the people?

Such things can happen. They have happened, and they are happening.

They can happen because, as Madison noted, constitutions are not given to angels, because angels don’t need them. Madison was echoing a classic rabbinic teaching, a midrash from more than a thousand years before his time, which related that the angels protested to God that humans weren’t fit to receive God’s constitution for them, His word. Relate the rabbis, God said to Moses, “You need to answer them. Why should people receive this law?”

Moses then turned to the angels and said, “Do you have an inclination to evil that you must fight every day? Were you enslaved in Egypt?” The angels had no answer.

We have a constitution because we need it. It gives us the chance together to save ourselves from our worst inclinations and to amplify our best.

But here too, we have a natural desire to see ourselves as beyond criticism and unaccountable to others, who don’t see things as well as only we can. If only we had the power, then we would streamline things, silence our foolish, carping critics, and proceed to bring the good as only we know how.

Our Constitution tells us — no one can use the power of government to choke off discussion or to determine where we may go to seek inspiration. And when we see someone trying to cut off the discussion, to evade the scrutiny of the people and not feel accountable to make his or her case to them, then know that our most basic freedoms are being attacked and our democracy must resist.

A marvelous example of such resistance of the people came in the last Parliamentary elections in the United Kingdom. The Conservative candidate, Boris Johnson, trusted the voice of the people and set out in no uncertain terms exactly what he stood for and what he would do. He agreed with those who felt that the UK’s membership in the European Union had removed the ability of voters to choose for themselves the kind of government under which they must live. A bloated and removed authority, well-insulated from the voters, was making many of the major decisions that affected their lives and did not hold itself accountable to them. Johnson told the people that he would lead the UK through a clean and decisive break with the EU and restore the people’s ability to have a real say in their own governance.

Along with the clear stand Johnson took on that issue was his vocal opposition to the severely anti-Israel and embarrassingly anti-Semitic stance that his chief opponent had taken.

That opponent, Jeremy Corbyn of the Labour Party, never stated a clear position on Britain’s leaving the EU. He obfuscated as well his anti-Semitism, even buying time for an embarrassing video showing him visiting a Jewish family at Chanukah time and woodenly showing interest in the rituals his host was trying to explain.

A resounding majority of the voters preferred Johnson’s clarity and did not trust the candidate who did not trust them to know his real views. And so, this example of the crossing of party lines gives testimony to a shared human belief that some things are more important than run-of-the-mill policy differences.

Much the same is happening in our current campaign. Wherever you are on policy, Trump has never been afraid to tell you what he stands for and to strive directly and without artifice to work for the accomplishment of the goals he announced. Whether it was lowering our military’s presence in the Middle East, gaining control over our borders, or moving our embassy to Israel’s capital, he said what he meant and worked to achieve it. Few doubt that that is true now as well.

But from the other side we see a different story. Let us take a major change that has been spoken of by many in the opposition party — that if given power, they would respond to a conservative Supreme Court majority by “packing the court.”

“Packing the court” has had a very specific meaning over the past seven-plus decades – it meant changing the number of justices in the high court and filling all the newly created seats with appointees that would reflect the new president’s preferences. The number of justices to be added would be equal to the amount needed to establish the desired majority.

Franklin Roosevelt tried to make such a move at the height of his popularity. He had won a second term as president with the greatest landslide in American history until that point, and his party controlled over three-quarters of the Senate. Nonetheless, the idea of breaking a long-established precedent of having nine justices in order to assure the court would approve his policies struck an overwhelming majority of Americans as very wrong, something that would subvert the independence of SCOTUS and reduce it to a minor policy arm of an all-powerful Executive. Even with his super-majority, FDR had to give up on this idea, and suffered a major political defeat.

When repeatedly asked if they were in favor of court-packing, both Biden and Harris have refused to answer the question, usually taking offense at the question as though it were impertinent and not something that voters could handle at the same time as issues they thought they should be looking at instead.

Even worse, Biden tried to alter the language, taking the phrase “court-packing” as if it meant something completely different from what it has meant to Americans for 70-plus years and referred simply to replacing a vacancy that opened on a court in the normal way. Perverting the language is an attempt to fool people to think that the candidate is actually responding to them on the issue about which they are concerned. It is instead a double evasion.

Allies of the Biden campaign have now taken this to another level. The great social media platforms, such as Facebook and Twitter, which are at the center of our country’s political discourse today, have been given a special legal status with lawmakers taking them at their word that they intended to provide an unbiased platform for everyone’s free speech.

But now, when a major newspaper has produced what it and others claim to be evidence of serious allegations of massive corruption and deceit by Biden, these social media giants have responded by shutting down free speech in a way never seen in this country since the Alien and Sedition Acts of the late 1700s.

As The American Spectator senior editor Daniel J. Flynn pointed out in his daily email Friday, these sources have shown they have little inclination to shut down the unproven allegations that are seen daily all across their platforms. What makes them afraid is a truth that hurts the program they share with each other and their preferred candidates.

Perhaps he is right. Evidence must be weighed, cross-examined. Hard debate will give us a better idea of the robustness of what is being alleged.

But that is not being offered by our social media. The choice of voters based on hard evidence is being denied by the followers of the side with which these media have aligned.

This has not come from nowhere. Our American government has, under the influence of Progressivism, increasingly switched most of its practical governing to unelected people largely unknown to the public. While Congress occasionally legislates, the rules under which we must actually live are then composed by designated executive branch apparatchiks. And if we break those rules or it is alleged that we do, our case most often will be tried before an administrative law judge — an unelected member of the executive branch.

So what we have before us is very clear. The Democrats, true to the history of the Progressive movement, are telling us that we should agree not have a discussion of issues, and that we should reduce the entire campaign to establishing Donald Trump as the apotheosis of all that is bad. And so the only choice they will try to allow you to have is between the orange devil and those candidates who, as they would have you believe, have the only quality that we should be thinking about — namely that they are not the orange devil.

This election is showing itself in the end to be about one thing more than anything else: Do we really want to have a choice in how we are governed? Or will we allow others to dictate to us the only choices they will allow us to make or even discuss?

It’s come to that.