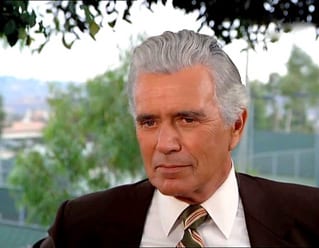 For President Donald Trump, the family that works together works best. But the appearance of conflicts of interest with senior adviser and son-in-law Jared Kushner, the inappropriate behavior of Kushner and Trump family members who don’t work in the administration, and Trump’s remaining ties to his family-run billion-dollar empire add up to a picture that makes the opportunistic Clinton Foundation look like, well, a charity.

When president-elect Trump picked Kushner for a top slot, the pick signaled that the unconventional candidate would continue to flout convention in office by hiring (a) a family member, (b) a successful businessman with little experience in politics, and (c) someone with no experience in the military or public office for a plum political post.

Supporters largely shrugged off charges of nepotism. Trump always said that he would hire outsiders to shake up Washington, they argued. Perhaps the outside-the-beltway approach that won Trump the White House would produce results in the push for Middle East peace — which he added to Kushner’s portfolio — and other efforts where career bureaucrats had failed.

Also at the time, Kushner impressed many as a moderating influence on Trump.

In a country that prides itself for being a meritocracy, however, Barbara Perry, of the University of Virginia’s Miller Center, thinks it’s wrong for elected officials to hire family members when they should be looking for the best staffers.

President Lyndon Johnson clearly thought the same when we he signed an anti-nepotism bill seen as a rebuke of the late President John F. Kennedy’s choice of attorney general, his brother Bobby. (In January 2017, a Justice Department career attorney determined that the law applied to agency staff, not White House staff.)

And face it, there’s been a dynastic element to Ivanka Trump’s behavior. When she sat in her father’s seat at the G20 meeting in Hamburg last year, scolds thought the act of assuming an unearned place of power showed disrespect to other world leaders.

Last month while representing the United States at the Olympics in Seoul, Ivanka Trump chastised NBC’s Peter Alexander when he asked the senior adviser if she believed women who accused her father of sexual harassment. She told Alexander she believed her father, and said the question was “inappropriate” to ask the president’s daughter.

Perry sees an undemocratic element to political dynasties, established or in the making. In a meritocracy, the cream rises to the top. When politicians hire family members, they’re not necessarily picking the best aides, so much as the most loyal.

In real life, Kushner has saddled Trump with bad headlines, which Trump had no trouble garnering on his own.

Kushner’s participation in the Russian Trump Tower meeting left him exposed in Special Counsel Robert Mueller’s probe of Russian meddling in the 2016 election.

Last week the New York Times reported on two large loans made to Kushner’s family’s after principals met with Kushner in the White House.

During the transition, Kushner met with foreign investors, even as he was seeking capital for a large New York property facing more than $1 billion in debt. Spokespersons say there is no relationship between the meetings and Kushner’s business. Indeed, the meetings did not lead to any inappropriate transactions. But it doesn’t make the administration look good.

Last week, the Washington Post reported that intelligence officials had learned that China, Israel, Mexico, and the United Arab Emirates had looked into how they could manipulate Kushner “by taking advantage of his complex business arrangement, financial difficulties and lack of foreign policy experience.”

Kushner’s top-secret security clearance was downgraded so that he no longer has access to the presidential daily intelligence briefings, which he liked to peruse.

No surprise there, observed the Miller Center’s Perry. Connections with other governments, severe debt, and bad personal behavior are red flags that can doom a background check. “He sends up two of the red flags.”

Like the Clintons, the Trumps have seemed oblivious to how their financial ties present multiple appearances of potential conflicts of interest. Trump, his daughter, and Kushner are all working without pay. All three have relinquished management control over some businesses, but not necessarily their ownership share.

So there is no way to separate Trump from his properties. When GOP donors attend a fundraiser at Mar-a-Lago, the president stands to profit. The president set up a fund for profits from foreign visitors who stay at his hotels — the proceeds are supposed to go to charity — but that scheme does not interrupt profits from U.S. special interests who spend money at Trump properties.

Last month, eldest son Donald Trump Jr. traveled to India “as a businessman.” But there was no escaping his promotion of high-rise properties that brandished the Trump name across India.

In May, Kushner’s sister, Nicole Kushner Meyer, was caught trying to woo potential investors in Beijing with the potential to win investor visas to the U.S. at an event that billed her as the senior adviser’s sister.

The New York Times reported that Kushner Companies, the senior adviser’s family business, received super-size loans from two businessmen who met with Kushner in the White House. Spokespersons for Kushner, the company, and businesses told the Times there was no connection between the meetings and the loans — but these are issues voters have to take on faith.

And it’s not as if the president cannot find qualified individuals who don’t carry Kushner’s baggage.

“Each of these individual stories could have been the end” of another president, said Perry.

An ad campaign for an air freshening product warns how consumers can become “nose blind” — that is, blind to certain smells because they have lingered for so long. She offered, “I’ve kind of become Trump blind, deaf to all the noise.”