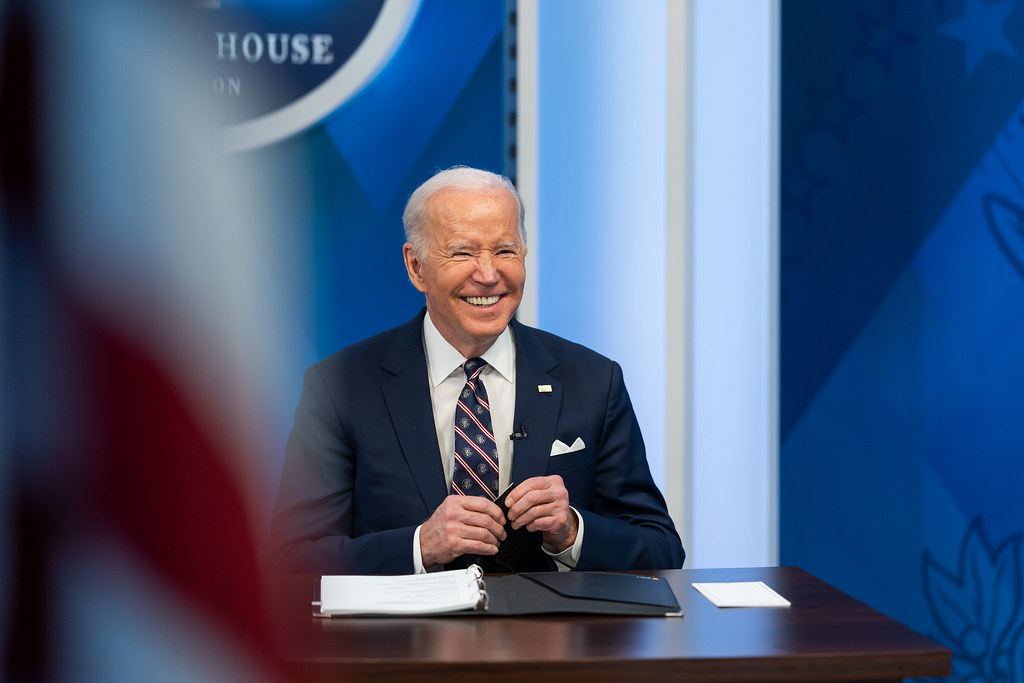 The oldest trick in the political book is to accuse your opponents of doing what you are actually doing yourself. This old trick persists because it works. Gullible people hear the accusation and excuse the reality when it actually happens because “they all do it.” For example, the Kremlin accuses Ukraine of atrocities while Putin’s troops are actually committing them. The technique of accusing your opponent of what you are doing is variously attributed to Saul Alinsky in his handbook for radicals or to Marx, Lenin, or Hitler’s propaganda minister Joseph Goebbels. Regardless of who said it, it works.

President Joe Biden and his followers are past masters at using this technique. For example, prior to the 2020 election, Biden bragged about interfering in the justice system of Ukraine by threatening to withhold $1 billion in U.S. aid unless they fired a prosecutor who was investigating Burisma, a company on whose board his son Hunter served. How to defang that prior to the election? Accuse former President Donald Trump of doing something similar — asking Ukrainian President Volodymyr Zelensky to “dig up dirt” on Biden.

Any thinking person should take with a big grain of salt the drumbeat of accusations by Biden supporters that Trump is somehow a “threat to democracy.” Prior to the 2020 election, an erstwhile friend of mine in Florida told me that he was voting for Biden because “Trump wanted to put all of his political opponents in jail.” One searches the internet in vain for any reported case of the Trump administration trying to put any of its political opponents in jail. But my friend believed it because he had heard it repeated over and over.

On the other hand, the Democrats have put, or tried to put, numerous prominent Trump supporters in jail, including Paul Manafort, Roger Stone, and Steve Bannon, who was recently indicted.

The latest is that they intend to go after a bigger fish next. A chorus of the usual suspects on the Left have been calling for a criminal indictment of Trump for his actions on January 6. The big news, however, is that word has been leaked anonymously to the New York Times that Biden himself wants the Department of Justice to indict Trump. Anyone who has been in Washington as long as I have knows that’s how presidents give instructions to their subordinates in a way that preserves plausible deniability. The politics behind this Biden move are well-explained in a previous article in these pages by Scott McKay but there are also important legal implications that Scott does not discuss.

I won’t try to rehash all the facts about Trump’s actions on January 6, which I have previously criticized. There is, however, an important difference between speech that is protected by the First Amendment and inciting a riot. Trump’s speech on January 6, although regrettable and perhaps a blemish on his reputation in history, is almost certainly on the protected speech side of the legal line.

Under a 1969 Supreme Court precedent, Brandenburg v. Ohio, “the constitutional guarantees of free speech and free press do not permit a State to forbid or proscribe advocacy of the use of force or of law violation except where such advocacy is directed to inciting or producing imminent lawless action and is likely to incite or produce such action.”

It is hard to imagine that a fair, unanimous jury would convict the former president beyond a reasonable doubt of advocating “the use of force,” or advocating a “law violation,” for a speech in which he specifically urged his supporters to “march[] over to the Capitol building to peacefully and patriotically make your voices heard.”

It is even harder to satisfy the second branch of the constitutional test that his actions must have been “directed,” i.e., intended, to produce “imminent lawless action.” His most inflammatory words were “We fight like hell. And if you don’t fight like hell, you’re not going to have a country anymore.” But those words too are very unlikely to satisfy the Supreme Court’s test that words have to be a clear and unequivocal call to imminent lawless acts or they are protected by the First Amendment.

The legal implications of Biden’s move to imprison his predecessor go even deeper than merely violating the Supreme Court’s interpretation of the First Amendment. Putting your political opponents in jail is a really bad idea if you want to preserve a functioning democracy. Among other reasons, it is almost certain to lead to retaliation in kind. I used to do a lot of work in Puerto Rico, and for years its two political parties took turns at investigating and putting one another in jail whenever control of government changed. This is also common in so-called “banana republics” (no offense to bananas intended), not to mention Putin’s habit of putting in jail those political opponents which he doesn’t bother to poison.

Before anyone indicts an ex-president — who is currently the favorite to be the Republican nominee in 2024 and is running well ahead of both Biden and Vice President Kamala Harris in the polls — let’s hope that cooler heads prevail and think about the long-term consequences for our democracy if they start the political equivalent of World War III. The result would be mutually assured destruction. It is not hard to imagine a retaliatory indictment of Biden for corruption when the Republicans next take over the White House.

This is how blood feuds start. They always end badly.