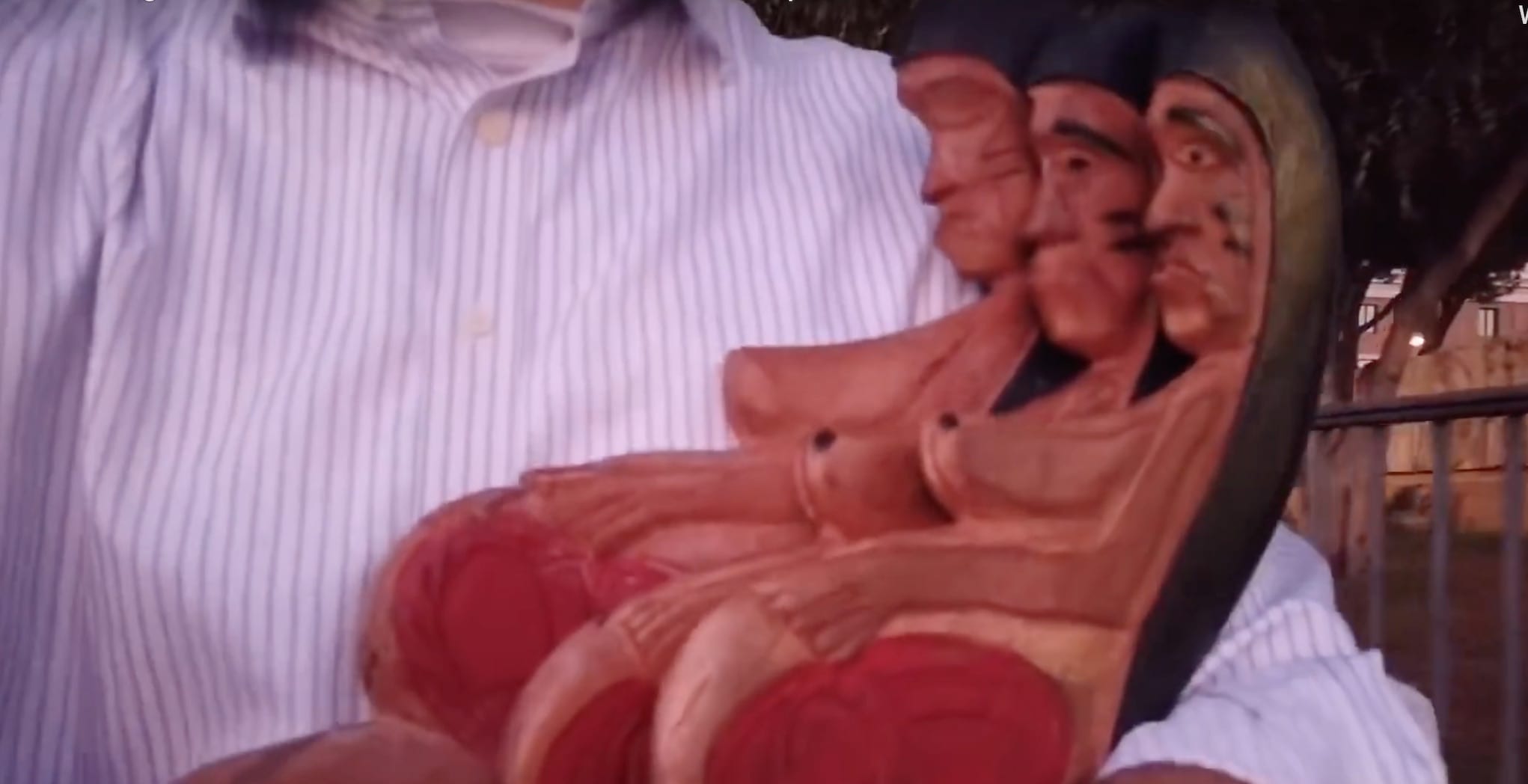 I have lost track of the number of times Pope Francis has given the finger to orthodox Catholics — from telling the parents of large families that they needn’t behave like “rabbits” to mocking an altar boy for holding his hands together piously (He joked to the bewildered boy, “Are they stuck together?”) to calling priests who adhere to tradition “neurotics.” In Jorge Bergoglio, the world has witnessed its first post-Christian pope — a UN-style religious relativist who loves every religion except his own.

The baldly heretical Pan-Amazon Synod — its chief organizers favor woman priests, the abolition of priestly celibacy, and LGBT rights, among other stances — is itself a raised middle finger to Catholics. Day after day during the synod, the faith has taken a battering, as clerics lecture Catholics on the virtues of syncretism, a mindless multiculturalism that extols Amazonian woman who breastfeed animals, and now even flat-out paganism. In his latest outrage, Pope Francis has had the police fish out of the Tiber the Pacha idols an anonymous Catholic removed from a church near St. Peter’s Square and threw into the river.

The writers at the Onion must be scratching their heads over how to satirize this one. Their fake headlines can’t beat the real ones, such as: “Pope Francis asks for forgiveness after Amazon statues stolen, thrown into river.”

His apology was of the most craven PC sort: “As a bishop of the diocese, I ask forgiveness from the persons who were offended by this.”

The post-Christian pope is rapidly making Rome pagan again. One wonders if his apologies will extend to the descendants of the ancient Romans who worshipped gods and goddesses. Perhaps Francis will order that the pagan temples turned into churches in Rome revert to their original form. After all, if a nature goddess like Pachamama deserves Catholic “respect,” as Bergoglio insists, surely Zeus and Minerva deserve a fresh nod too.

Under a post-Christian pope, the Vatican has lost both its mind and soul and thus has neither the rationality nor the faith to distinguish between good and bad in culture or religion. The relativism implicit in the refusal to make judgments about culture and the willy-nilly blending of religions is like an acid that burns through everything it touches; the Church has shriveled in proportion to its exposure to it. Unwilling to stand for anything, relativists prostrate themselves before everything, including Amazonian paganism.

What is presented to us as “cultural respect” is in fact contempt for culture — the careless condescension of liberals who reduce everything from the Pieta to Pachamama to the same meaningless level. Forbidden to make judgments about Amazonian culture, multiculturalists must treat everything in it as the same, which means they never truly appreciate what’s good in it.

Only a dilettantish modern Jesuit like Francis would have the gall to present this synod, which is a monumental act of manipulation and condescension, as a blow against “Western colonialism.” In truth, it is simply a new and far sicker form of it: the cross has been replaced by the blue flag of the UN. In its shadow, an alliance of UN creeps and heretical Vatican officials will let the Amazonians play with their little Pacha idols as long as they give up their political power to Brave New World bureaucrats. The last thing they want is for Amazonians to order their own affairs. And unlike the Catholic missionaries of old, the new colonialists of the UN seek not to liberate primitives from perversions like infanticide but to introduce them to new ones — Planned Parenthood sex ed programs, gender-neutral bathrooms, abortion on demand, eugenics, euthanasia, ubiquitous porn, and countless other modern forms of degradation.

This synod is not about holiness but power — an attempt by the United Nations and the Vatican to carve out of Latin America a region they can micromanage according to their totalitarian predilections. And for a post-Christian pope, the synod has the added bonus of serving as a pretext for disciplinary and theological tinkering, as well as sealing the syncretistic direction of the Church since Vatican II. In the name of helping Amazonians, he is simply using them as an excuse to dilute doctrine, weaken discipline, and politicize the Church.

A couple weeks ago, the controversy at the Vatican was that the pope had told his favorite interviewer he didn’t believe in the divinity of Jesus Christ on Earth. (The pope still hasn’t personally and directly denied that account.) Now the controversy is that he is bringing pagan idols back to St. Peter’s Square, whose namesake was crucified for refusing to bow before Roman ones. But all these controversies are really just the same one — the staggering scandal of a post-Christian pope.