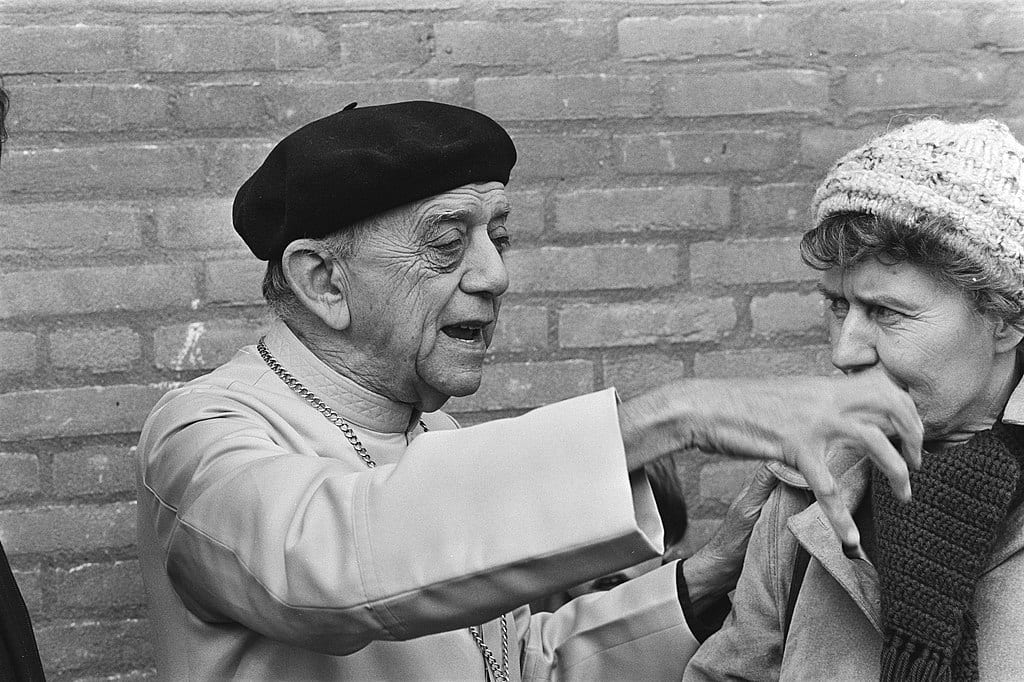 Consequently, I wasn’t surprised to learn that a collection of bishops and cardinals participating in the Pan-Amazon Synod met to “renew” and commemorate the Pact of the Catacombs this past week.

These clerics had been planning the Pan-Amazon Synod for years. Indeed, most of the forty signatories of the Pact of the Catacombs were their predecessors from Latin America.

According to the text of the Pact of the Catacombs, the bishops pledged to politicize the Church for the sake of ushering in the “advent of another social order.” The pact read like something that a club of adolescent socialists might have cobbled together:

We will do our utmost so that those responsible for our government and for our public services make, and put into practice, laws, structures and social institutions required by justice and charity, equality and the harmonic and holistic development of all men and women, and by this means bring about the advent of another social order, worthy of the sons and daughters of mankind and of God.

“It had the odor of communism,” Brother Uwe Heisterhoff has explained to reporter David Gibson. It also had the odor, now ubiquitous at the synod, of UN-style, Brave New World totalitarianism. For how else could such an order be created without international government bodies squelching freedom?

It is no coincidence that the German bishops, who are largely running and financing the synod (their “relief” agencies have spent millions of dollars on travel for Indian activists, observers, and propaganda), have over the years been the loudest proponents of the Pact of the Catacombs’ call to turn the Church into a socialist arm of the United Nations. After the election of Pope Francis, German Cardinal Walter Kasper, among other figures, immediately drew attention to the pact. Kasper described the election of Francis as its vindication — the Church, he gushed, had finally embraced a pope who embodied its socialist spirit. “It was forgotten,” Kasper said to reporter David Gibson. “But now [Francis] brings it back.… His program is to a high degree what the Catacomb Pact was.”

That “program” from the start included the Pan-Amazon Synod, which is nothing more than a pretext to unite the Church and the United Nations in a power grab against Brazil and other Latin American countries where the Amazonians reside. Rome, as I can attest from my visit to it, is crawling with UN officials, such as Jeffrey Sachs, who seek to use the Church to turn the Amazonian regions into NGO-ville, as it were, so that they can push their radical environmentalist and socialist projects.

It was the three-quarters German Latin-American Cardinal Claudio Hummes who whispered in Pope Francis’s ear upon his election, “Don’t forget the poor,” the socialist conceit that led Bergoglio to name himself after St. Francis of Assisi. Hummes, of course, showed up for the renewal of the Pact of the Catacombs on Sunday, according to the aforementioned report. Hummes is the chief organizer of the Pan-Amazon Synod.

One of the original signatories to the pact was an appalling predecessor of Hummes’s — Dom Hélder Câmara, a Brazilian archbishop who served as the head of the archdiocese of Olinda and Recife from 1964–85. Camara was famous for his let-it-all-hang-out socialism and support for priests who joined armed revolutions. “My socialism is special, it’s a socialism that respects the human person and goes back to the Gospels. My socialism it is justice,” he said. “I respect priests with rifles on their shoulders; I never said that to use weapons against an oppressor is immoral or anti-Christian.”

Under previous popes, a canonization movement for a creep like Camara would have been unthinkable. But not under Pope Francis, whose Congregation for the Causes of the Saints stunned conservatives and delighted liberals in 2015 by quickly approving a request that the canonization process for Camara be opened up — a development the heterodox publication America called “ground-breaking.”America noted Pope Francis’s admiration for Camara: “Pope Francis remembers him; they have much in common. Addressing the Brazilian bishops in Rio de Janeiro in July 2013, Francis recalled ‘all those names and faces which have indelibly marked the journey of the church in Brazil’ and listed Dom Helder among them.”

Camara’s name has been on the lips of many Amazon Synod participants. Nicknamed the “red” bishop, he was the perfect forerunner of Jorge Bergoglio, combining modernist theology with radical politics. Camara supported divorce and remarriage, women priests, and once described the Church’s prohibition on contraceptives as an “an error destined to torture wives and to disturb the peace of many homes.” He played a leading role in the politicization of the Latin American bishops, pushing them to embrace socialist liberation theology at a 1968 conference in Medellin, Colombia, that some Russian historians say was organized by the KGB.

Like Francis, Camara was a darling of the liberal elite who took delight in his suggestion to Pope John XXIII that he “should, in a symbolic gesture, hand over the Vatican and all its fine works of art to UNESCO, and go to live in a much more modest building as Bishop of Rome.” Jorge Bergoglio would later live out those words, emphasizing in his first address that he is Bishop of Rome and then moving into the Vatican hotel. He hasn’t gotten around to transferring the Vatican’s artistic treasures to UNESCO, but give him time.

But it is clear that he is transferring “evangelization” — which is the pope’s euphemism for the advancement of left-wing politics — to the United Nations, with the Vatican reduced to one of its agencies and source of moral cover. The future casts its shadow backwards, said the journalist Malcolm Muggeridge — a shadow, in the case of this synod, seen in the socialist scribblings of the Pact of the Catacombs.