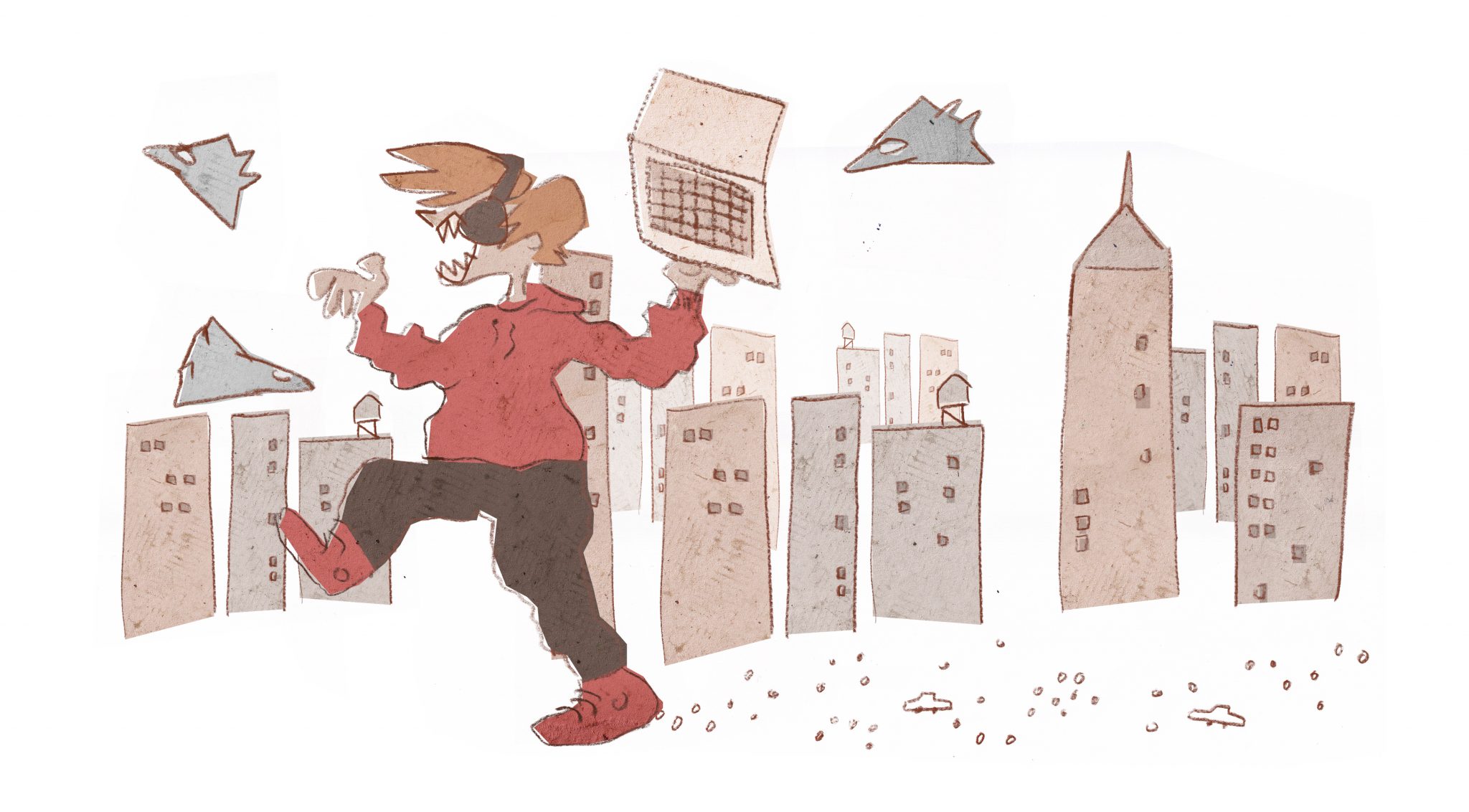 I used to think that the only thing worse than being in the hands of an idiot was being in the hands of an algorithm. I was wrong. We could always live in the hands of an idiotic algorithm. Leaving public opinion in the hands of engineers is fine if you like Nazism, the guillotines of the 18th century, or Pol Pot’s communal farms, where animals lived better than the Cambodians themselves. Maths is insensitive, perverse, and murderous. So if you really want people to think intelligently and freely, with sane criteria for deciding their own intellectual path, what you have to do is keep the algorithms as far away from them as possible. That won’t stop most people from thinking really stupid things, but at least it will be by their own design, and not induced by a robot, which is also susceptible to being programmed by people whose binary programming language includes only two words: “No” and “Trump.” That’s the kind of people who presume to program smart things like Twitter, Facebook, or Windows, which is an operating system in which everything that doesn’t crash remains unresponsive because it is being updated.

The magic of the algorithm is as unfathomable as it is unnecessary. My cell phone insists on suggesting songs that make me blush when I think about what the damn thing must think of me. I have a countdown to the day of my death and either I have already kicked the bucket three times — anything is possible, my forehead feels cold — or it’s up the spout. And I have another app that when you put something with cholesterol in the supermarket trolley, it beeps and vibrates and insults you. Ever since I installed it, what I do is leave my cell phone at home when I go shopping. When I get home again the app gives me the silent treatment for three days. It’s a proud algorithm.

I also know of an engineer who is making money with an app that generates automatic newspaper articles using a complex algorithm. The idea is that we columnists don’t have to do anything. And I confess that it seems quite fraudulent, a complete lack of respect for the reader, and an outrage to journalistic ethics: you have to pay for the latest update!

Although if you really want to know how smart something programmed by engineers can be, try addressing your Google assistant and saying something like: “Hey Google, I just left a lit cigarette on a gas can in the middle of my living room, and I have to go out for a moment to buy apples: can you tell me if it’s a good idea?” Likely, while you’re being propelled through the air, you’ll have time to catch Miss Google’s choppy voice saying, “This is what I found on the internet for you,” while she opens a new window with a list of very useful links on how to refuel a Zippo with gasoline, how not to make baked apples, and a million links to magical penis enlargement procedures. Still today, don’t ask me why, three out of four internet searches end in penis enlargement procedures, and I can’t help wondering about what kind of problems Big Tech owners must have.

The forecast for the future is that, except for engineers, all jobs in the world will have been replaced by machines. And not just jobs. Just imagine, tomorrow’s ideal matchmaking will be done through mathematical formulas. No, I don’t mean those apps that suggest like-minded people to break up with as soon as you cancel your first month’s free subscription, but something much worse: Imagine that your partner arrives on your doorstep in a package with the features that should make you happy, including your passion for stamp collecting, sharing your love for the seaside, and for long conversations, which are the typical things you might wish for at first but objectively would not want to take to the extreme. A perfect boyfriend, a surfer — or in any case he has the characteristic blank expression — always lugging around his stamp collection, and who won’t shut up even underwater. If you had him, you’d be itching and scratching to get rid of him and hook up again with that sophomore who had no interest in stamps, hated the beach, and was so shy that your friends, instead of talking to him, watered and sprinkled fertilizer on him.

If I were to turn my attention to more important things than romance, beer comes to mind, or choosing a car. We could never trust an algorithm with our beer. With all their balanced measures, the absence of risk, and an alcohol content so low it could have been brewed by jihadists, we would be drinking not beer but a slightly spicy cough syrup. As for the car, if the app were to make a model based on testosterone levels while watching a race, it’s likely that instead of a car you’d end up with an Airbus 330.

I also have a friend who downloaded an app with artificial intelligence to decorate his new home. After showing the app some pictures of the layout of his home, he let it decorate every nook and cranny. The result was so shocking that when he threw his housewarming party all his friends came dressed in black, with floral wreaths that read “Bob, you will not be forgotten.” And it’s true, we will never forget Bob, but we will also never return to that Vietnamese torture chamber that he, rather optimistically, calls “the living room of my house.”

In short, I don’t think it’s wise to leave anything minimally important in the hands of mathematical formulas — with the exception of airplanes’ take-off systems. If before Twitter we believed that there was nothing more harmful to society than leaving public opinion in the hands of drunk and bitter journalists, now we know that there is: leaving it in the hands of the enlightened lunatic Jack Dorsey and the famous Buddhist monk Mark Zuckerberg. After all, you can still defend yourself from an editorial, but not from an algorithm. How do you defend yourself from an algorithm? By throwing a square root at its head?