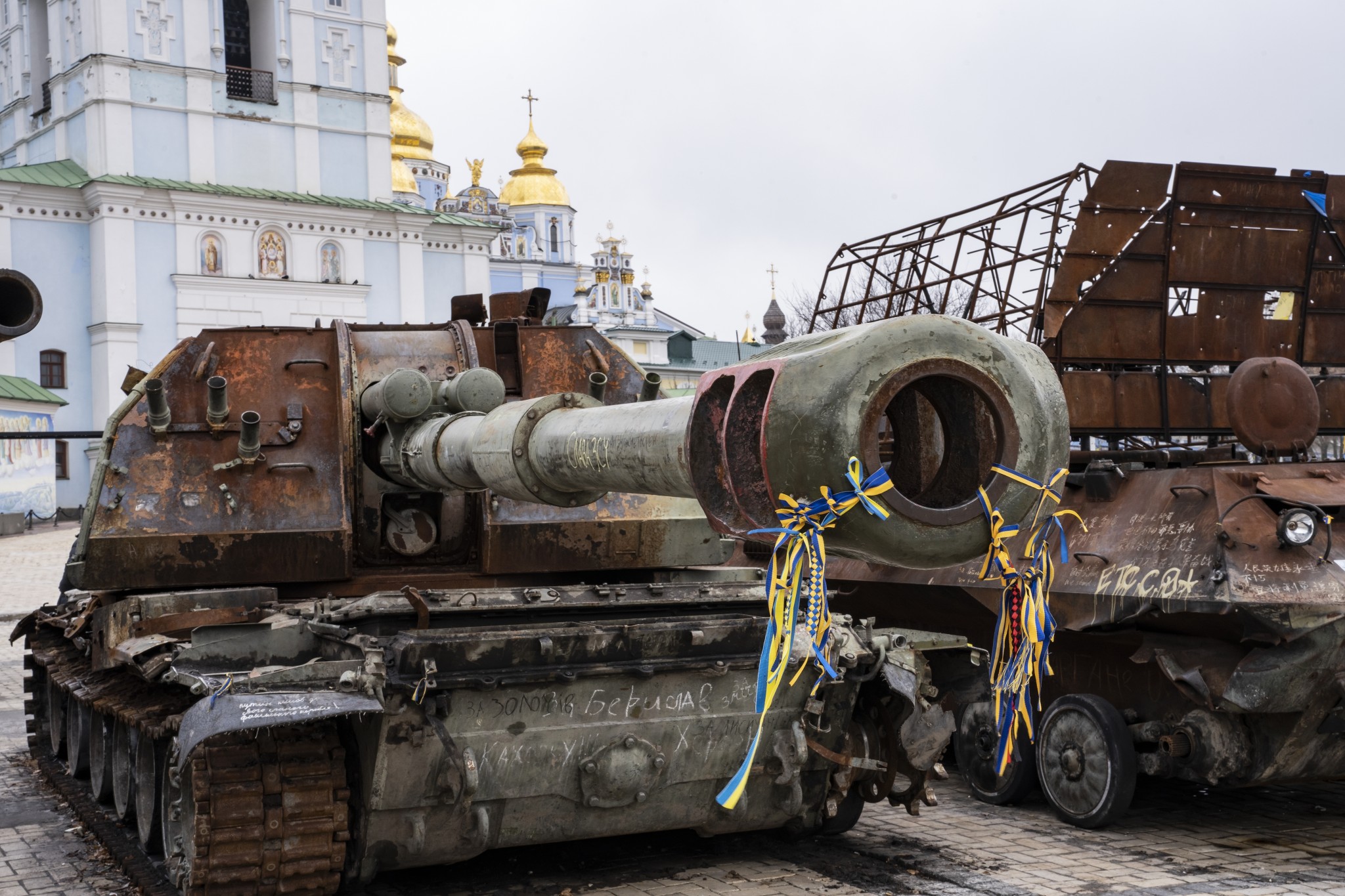 With Americans across the political spectrum increasingly skeptical of massive aid to Ukraine while domestic woes mount, staunch Ukraine supporters in Washington must explain more convincingly why Ukraine deserves continued financial support from America. The Ukrainians have fought with admirable courage and skill, and Ukraine’s democracy bests Russia’s autocracy in both moral and practical terms. And yet, critical questions remain. With a population more than three times the size of Ukraine’s, can Russia ultimately prevail through bloody attrition? How much aid will other countries contribute to the combatants in the next year? What plausible conditions will convince both sides to agree to peace?

The Biden White House and its supporters in Congress and the media have offered fresh assurances about favorable prospects. Biden recently asserted, for instance, that Ukraine is now strong enough to retake Crimea. Western press reports depict a Russian military depleted and in disarray. Yet reports of Ukrainian casualties on par with Russian casualties give reason to question such sunny forecasts. The Russians are showing signs of rectifying initial incompetence, something they did in their remarkable victory over the Wehrmacht in World War II.

History constantly reminds us that our knowledge of today’s wars is incomplete at best, and misleading at worst. Our enemies as well as our allies strive to conceal their intentions, strengths, and vulnerabilities. When we look back 50 years from now, we surely will find that administration officials, intelligence analysts, pundits, and journalists got a lot wrong about Russia and Ukraine. That reality doesn’t necessarily recommend either more or less aid, but it does demand exceptional vigilance and preparation for the unexpected.

Case in point: We are still learning new information about the Vietnam War that reveals glaring deficiencies in American understanding of that conflict. For decades, American conventional wisdom held that the United States greatly overestimated its adversary’s casualties and underestimated its adversary’s military prowess and patience, causing it to hang on too long in a futile conflict. As I explain in my book Triumph Regained: The Vietnam War, 1965-1968, which was published on Jan. 10, newly available North Vietnamese sources confound these interpretations.

In the years following American intervention, the North Vietnamese incurred casualties on as horrific a scale as the United States believed. They, and not the Americans, vastly overestimated the harm they were causing their enemies. To compensate for their losses, North Vietnamese commanders in the South sent wildly exaggerated claims of battlefield success to Hanoi, encouraging North Vietnam’s leaders to persist with futile tactics.

Hanoi began to wise up in the spring of 1967, when its leaders discerned that the alleged 200,000 and 250,000 enemy soldiers eliminated in South Vietnam hadn’t put a dent in enemy strength. Succumbing to impatience with what now appeared a losing effort, they resolved to launch the Tet Offensive of January 1968. The calamitous military failure of that offensive has long been recognized, but its political impotence has been obscured by Western misperceptions that it triggered American disengagement.

Previously hidden sources show that the Lyndon Johnson administration never discerned North Vietnam’s greatest vulnerabilities. President Johnson and Secretary of Defense Robert McNamara rejected recommendations from American generals to send ground forces into Laos and Cambodia to cut North Vietnamese infiltration routes, on the advice of civilian experts who claimed these measures wouldn’t be very effective and would invite Chinese intervention. We know now from North Vietnamese, Chinese, and Soviet sources that Johnson and McNamara and their experts were spectacularly wrong.

During the summer of 1967, Johnson temporarily intensified the bombing to blunt criticisms that were about to surface at Congressional hearings. These strikes severed key supply lines in the North and brought Hanoi to the brink of starvation. A British diplomat in Hanoi observed that “the country and its people were close to a collapse which, for the first time, no amount of excited exhortation could correct.” But Johnson and McNamara did not appreciate the depth of North Vietnam’s troubles and soon curtailed the bombing in a futile effort to negotiate peace.

When the Biden administration requests additional aid for Ukraine, the new Congress should bear in mind these new lessons from Vietnam and question all the assumptions underlying American and Ukrainian strategy. They should seek independent sources of information and call a wide variety of government experts, military as well as civilian, to testify. The administration must consider all possible Russian vulnerabilities, and pursue the strategy most likely to end the war at an acceptable cost.

Mark Moyar is the William P. Harris Chair of Military History at Hillsdale College and author of Triumph Regained: The Vietnam War, 1965-1968.