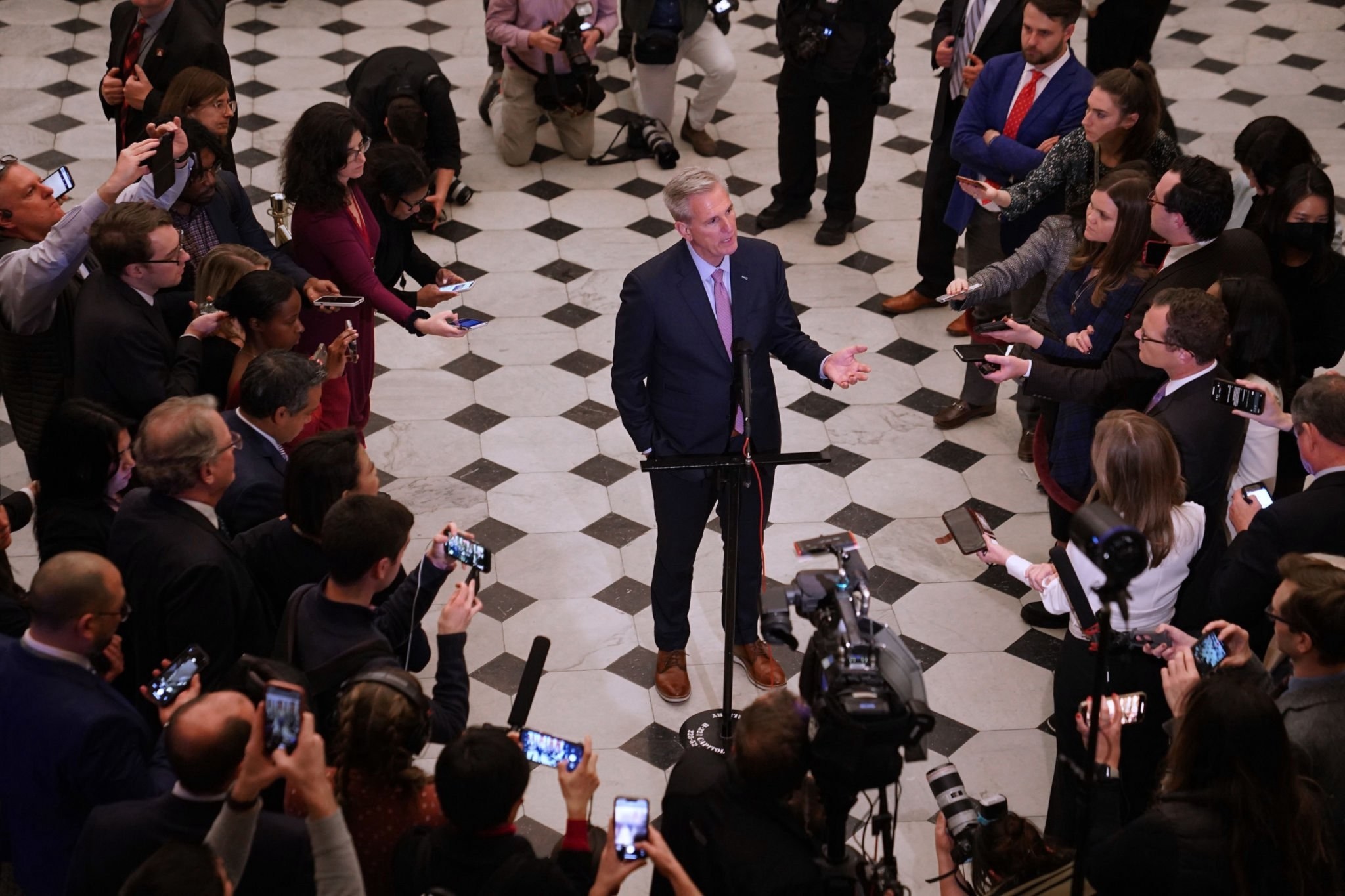 As of last week, the U.S. government has finally begun to take steps to combat the growing threat posed by China. The House of Representatives recently voted to create a new select committee that focuses on the Chinese Communist Party and a potential U.S. strategic response. The House passed the resolution on Jan. 10 with a majority vote of 365–65, with 146 Democrats joining all Republicans to make the committee a reality.

The proposal was not unexpected. Before becoming House speaker, Kevin McCarthy said that he would create a committee “to expose and fight against the Chinese Communist Party’s cyber, trade, and military threats against America.” After the vote passed, McCarthy elaborated on the great need for U.S. action: “One of the greatest worries about the future is that we fall behind Communist China…. We spent decades passing policies that welcomed China into the global system. In return, China has exported oppression, aggression, and anti-Americanism.”

For committee chairman, McCarthy chose the promising Rep. Mike Gallagher (R-Wis.) whose brief tenure in Washington has already labeled him a “China hawk.” His experience as a former Marine Corps intelligence officer has made him one of the GOP’s most prominent foreign policy leaders in Congress. He has sponsored numerous pieces of China-focused legislation, such as those increasing Taiwan’s defense forces and preventing Chinese companies from gaining access to American capital. He even sponsored a bipartisan bill to ban the China-owned TikTok from government devices. Gallagher has said that he is dedicated to performing a serious investigation into China and upholding the bipartisan aims of the committee.

“The CCP does not pose a danger to just Republicans or Democrats — it seeks to harm all Americans,” Gallagher asserted. “And we are going to counter this danger with a united front.”

The committee will hold hearings investigating just how much of a threat the Xi Jinping regime poses to the United States. The main focuses will be intellectual property theft, encroachment against Taiwan, violence and genocide in Xinjiang, and China’s coverup of the coronavirus origins. From there, the committee will recommend legislative action on which other congressional committees will act. The Biden administration, like the previous administration, has called out China as the most significant long-term threat to the United States. Gallagher plans to explore ways to strengthen American military posture and end dependence on Chinese goods.

“It is time to understand the urgency of the threat. It is time to reclaim our economic independence in key areas,” said Gallagher.

The panel has also singled out two companies, Disney and the NBA, for pro-China stances they’ve taken in the past. In 2020, for example, congressional Republicans demanded to know why Disney’s live-action film Mulan would film near a Uyghur concentration camp. A year earlier, both political parties criticized the NBA for forcing Daryl Morey, then general manager of the Houston Rockets, to delete a tweet supporting Hong Kong protesters. The committee plans to schedule Disney CEO Bob Iger and NBA Commissioner Adam Silver to testify on decisions they have made with regard to China.

Despite the bipartisan nature of the committee, several progressive Democrats have protested its formation. Reps. Alexandria Ocasio-Cortez, Rashida Tlaib, and Ayanna Pressley voted against the committee, likely thinking, as their fellow Squad members do, that it would promote “xenophobic rhetoric” and provoke a new “Cold War mentality.” Reps. Jamaal Bowman and Nikema Williams in particular have taken to Twitter to make these ugly, incorrect claims.

Gallagher correctly pushed back against these smears, stating that “we are drawing a distinction between the party and the Chinese people, with whom we have no quarrel, and who are often the primary victims of CCP aggression and repression.” He reiterated, “It is here at home where the party’s extra territorial totalitarianism terrorizes Chinese students studying at our universities and targets Americans of Chinese descent.”

With only a bare majority, the Republican-controlled House may accomplish little this session, but the Select Committee on China provides a rare bright spot for Republicans — and Gallagher — to prove that the GOP is serious about the China threat and to demonstrate the importance of finding bipartisan solutions to help America come out on top. The committee faces critical work ahead.