Buy the Book Afghanistan,America,Army,Book,Book Review,Civil War,Iraq,Joe Biden The Fall and Rise of America - The American Spectator | USA News and Politics
Menu
Buy the Book
The Fall and Rise of America
Kurt Schlichter’s new book wargames a possible civil war between Red and Blue states.
by Lou Aguilar
Black Lives Matter protesters gather outside the White House on May 31, 2020. (Shutterstock/bgrocker) 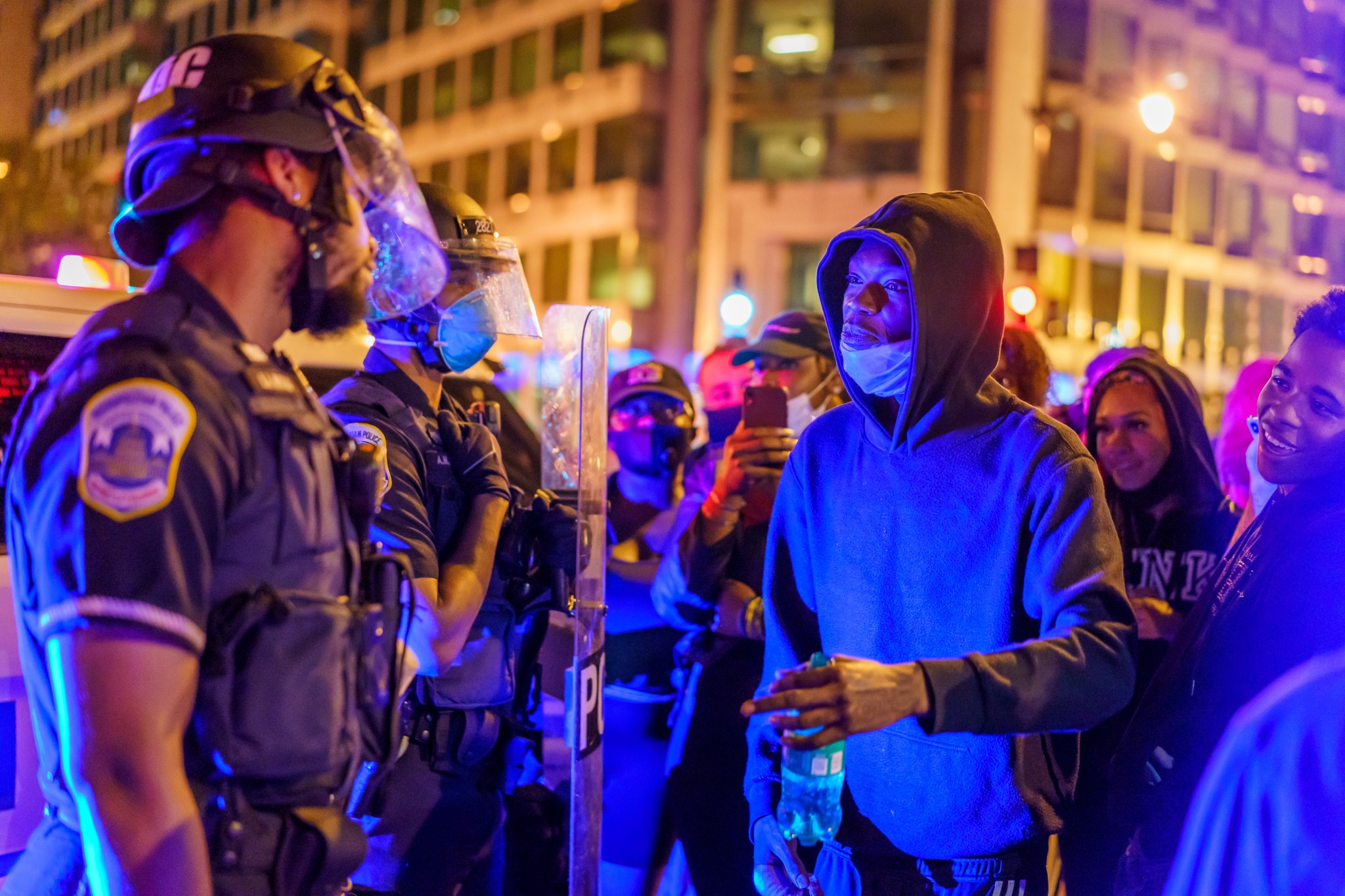 We’ll Be Back: The Fall and Rise of America

In February of 1991, young Army officer Kurt Schlichter huddled with his platoon in Iraq, ready to move in on Saddam Hussein’s chemical weapons installation. The order never came because the U.S. infantry broke through Iraqi defenses in shocking and awesome time, with not a laboratory germ unleashed. Thirty years later, watching the deadly bombing of our troops at the airport in Kabul during their cringeworthy flight from Afghanistan, Schlichter pondered America’s precipitous fall from the unassailable pinnacle of power to the debacle it became in record time. He shares these insights in his original, occasionally depressing, yet extremely enjoyable new book, We’ll Be Back: The Fall and Rise of America.

A veteran, lawyer, political columnist, and novelist, Schlichter presents his case for the nation’s potential fall or rise with historical, tactical (especially military), political, cultural, and even fictional (via inventive scenarios) flourishes, plus wit like a hardboiled P.J. O’Rourke (“Edgar J. Hoover himself would be horrified by everything about today’s Bureau — except its acceptance of cross-dressing.”). He notes that, whatever happens next, whether hopeless or hopeful, the country will be different than the way it has been for more than 200 years.

Schlichter knowledgeably compares America today to Ancient Rome at the juncture between republic and empire, following the regime all the way to collapse. His conclusion that Rome, at least in the West, did not fall as much as fade away provides chilling food for thought. He naturally blames the Left for America’s warp-speed decline — and the complacent population’s tolerance for it: “We pay people not to work. We pay people to be here illegally. We pay people to get useless degrees. We pay schools not to teach kids. If they are government workers, we pay them a lot for their retirements.”

At the time of his Desert Storm deployment, the Soviet Union was dissolved without a shot, and Red China was still a paper tiger. There were no enemies left to challenge us, other than domestic ones, and their Republicans were useless idiots. Schlichter excoriates both. Yes, Clinton and Obama accelerated the downfall, but they had help — pliable opposition from leaders such as Mitt Romney and George Bush. Schlichter writes: “The least shocking development ever was Senator Mitt joining the communist-curious progs at a BLM protest march in 2020.”

The fact that George II would later publicly become close friends with the Clintons and the Obamas, who participated in crucifying him while he was too much of a gentleman to defend himself, simply confirmed to the people that there was little difference between the establishment figures of both parties…. But boy did Bush II find his tongue with Donald Trump. W lambasted Trump and Trump’s supporters, the same people who had defended Bush while he sat mute all through the aughts.

With little resistance from the Right, Schlichter notes, Marxists took over Big Business, Big Tech, Hollywood, and, incredibly, sports, including the supposedly redneck staple, NASCAR. “When a garage pull got labeled a noose, the mandarins of the big circle-driving sport joined in the condemnation of their own audiences’ alleged racism,” observes Schlichter. And NASCAR country, Florida, had enough of it. He continues: “That’s why they elected Governor Ron DeSantis instead of the guy found nude in a hotel room with his boyfriend, with enough crack to keep Hunter Biden busy over Labor Day Weekend.”

Schlichter warns that irreconcilable differences in the two Americas, Red and Blue, could lead to a national divorce, and he insightfully explores the possible results of one. Red America, he believes, would likely track the present Constitution, with slight revisions, such as fortifying the Second Amendment (“No, we’re not kidding — everyone gets to pack heat, and that includes assault rifles”). The word “abortion” would finally get into the text, only for the banning of it “starting at the time of the first date.” Schlichter sees another benefit of Red American leadership: “Red American President DeSantis might finally get around to invading Cuba and hanging all the communists from light posts like that overhyped satyr JFK should’ve done.”

The Blue America Constitution would be radically different. Writes Schlichter: “The left, which is smarter and wiser and more moral than the dead white slave owners who were the framers — just ask them — would toss out the U.S. Constitution in favor of something written by a bunch of college professors gone wild.” The incompatibility of Red and Blue America could result in the worst nightmare — a Second Civil War.

Applying his professional expertise, Schlichter wargames the two distinct possibilities for such a conflict — a Blue rebellion or a Red rebellion. In the first case, the Red army can’t occupy enough territory to crush a Blue counterinsurgency. Its best tactic is besiegement. In contrast, “Blue America’s problem is that, to a large extent, its population consists of those needing to be fed rather than those doing the feeding.… The difference between a large American city and Mogadishu is about a week without food, water, and electricity.” In both cases, the Red army wins, and it crushes the Blue.

The misfortunes of war would be far more depressing for the United States in a war with China. Here, Schlichter’s strategizing results in an American defeat. His accompanying scenario depicts the doddering president getting word that Taiwan has surrendered, then asking for soup, which frighteningly seems all too realistic.

But the mostly fun book ends on an optimistic note, with a delightful final scenario. The next president-elect places his hand on the Bible, held by an unhappy Chief Justice John Roberts, who is well aware of the man’s major campaign promise: “You will not see another John Roberts from me.”