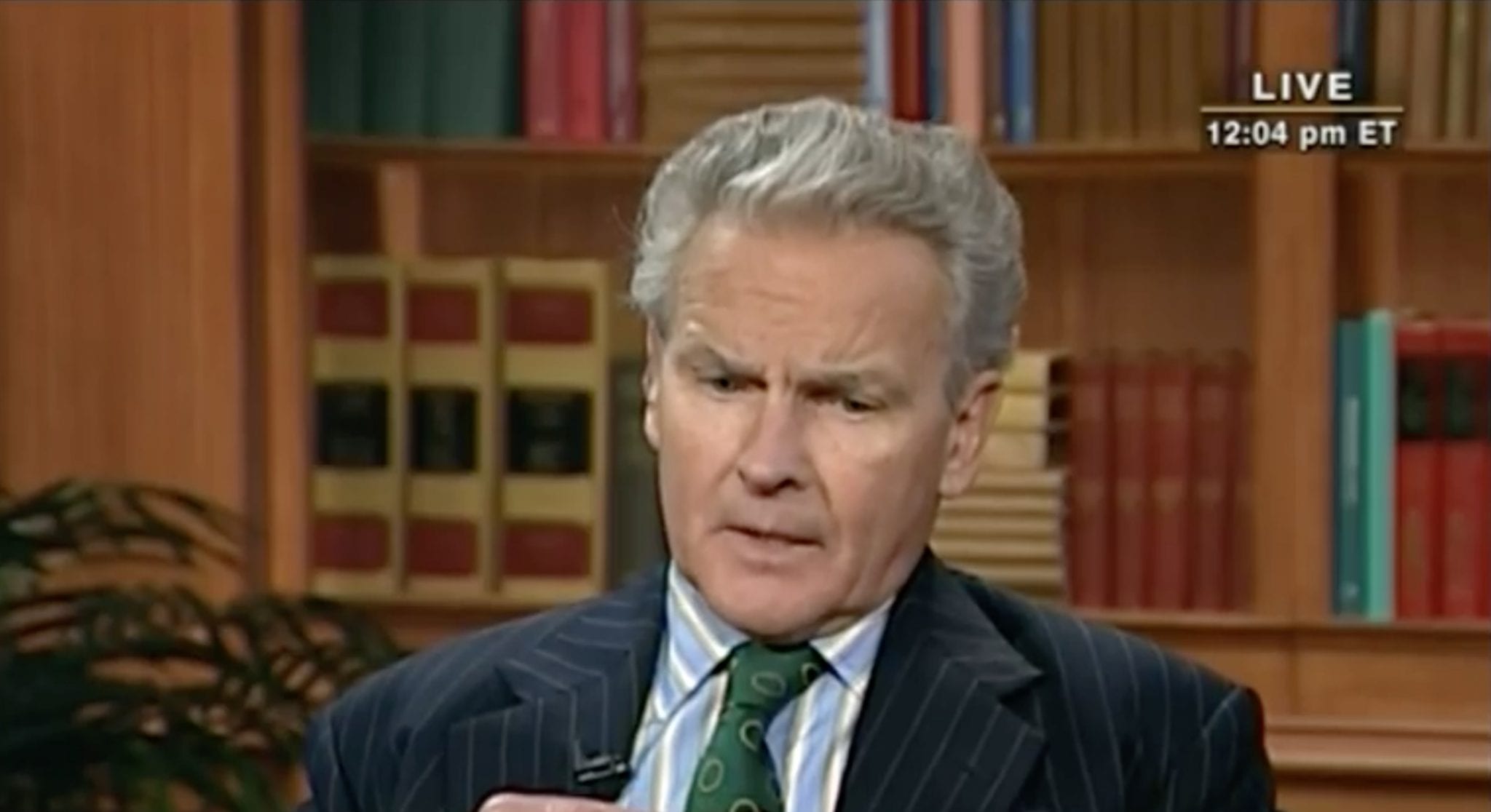 R. Emmett Tyrrell Jr., venerable founder of this august publication, posted an important piece on Wednesday, titled, “The Left-Wing Crack-Up.” Tyrrell there revisited a term he popularized decades ago, captured in books such as The Liberal Crack-Up and The Clinton Crack-Up. It reminds of another apt phrase he popularized, “The Death of Liberalism,” also the title of one of his books.

“What we need to do is take over the Democratic Party,” insists Cenk Uygur, a Justice Democrat and one of the left’s leading voices. He’s pushing for what he openly calls a “hostile takeover” of the Democratic Party. “We’re going to primary all of them — all vulnerable Democrats,” he vows. “We want hundreds — we want to replace Congress.”

“Mr. Reagan” calculates that of the 79 candidates endorsed by Cenk and the Justice Democrats in the last election, 26 won their races. That’s a very successful record that could prove explosive as they seek to increase their candidates into the hundreds. Give them two dozen political figures like Alexandria Ocasio-Cortez and the delightful Rashida “we’re-going-to-impeach-the-mother-[blank]” Tlaib and they will launch a revolution. You think there’s chaos right now? Just wait. They’re not running through a third party. The Democrats have provided the vehicle, the Trojan Horse, for them to enact their ideological agenda.

We are right now living through the death of the historic Democratic Party as you knew it. In essence, the demise already took place under Barack Obama, but rigor mortis is setting in quicker than you can say Ilhan Omar.

That brings me back to Tyrrell’s piece. Tyrrell noticed decades ago certain inconsistencies in the Democratic Party that would eventually create unsustainable contradictions: for example, the party’s support of old-time union and blue-collar steelworkers and coal miners, while also embracing extreme environmentalism. “I thought the crack-up was obvious,” wrote Tyrrell. “No political party could embrace both environmentalism and labor unions. They have different goals.”

Donald Trump made a strong push for those labor voters in the Rust Belt, in places like Western Pennsylvania, Eastern Ohio, Michigan, West Virginia. Radical-left Democrats don’t like or want those guys. Those hard-hats no longer have a place in a party smothered by identity-politics addicts. Tyrrell saw this “incongruence” in the liberal coalition at the end of the 1990s, especially as these “practitioners of identity politics did not get along with moderate Americans.”

That has only worsened. The Green New Deal is a rude final goodbye to Democrats who are farmers, especially dairy farmers, and to blue-collar workers in oil and gas and fracking. Then there’s the militant cultural-sexual agenda by today’s angry leftists: the aggressive hostility to religious freedom, the militancy on issues from marriage to sexuality to gender, the sick embrace of abortion right up until birth (and after).

Just two decades ago almost the entirety of elected Democrats in Washington went on the record supporting marriage in America as being between one man and one woman, and President Bill Clinton and his wife agreed. Today, that vote would be completely flipped, and the very few Democrats who would dare buck the party line would be targeted by the LGBTQ mob that has every traditional Democrat shaking in his or her boots.

This is no longer your grandpap’s party of God, guns, and labor.

Let’s bring this back to socialism, as Tyrrell did in his column. “The radicalized Democrats are now running as socialists,” wrote Tyrrell. “They expect to win in 2020. Call it the left-wing crack-up.”

Call it that indeed. And what that crack-up has enabled is the blow-up of the Democratic Party as we knew it. And traditional Democrats, you let it happen. You stood by in silent acquiescence as radicals took over your party. Conservatives watched in horror as you did nothing to stop it, swimming along with the cultural tide. Now the party of your ancestors is toast. You let the far left blow it up.