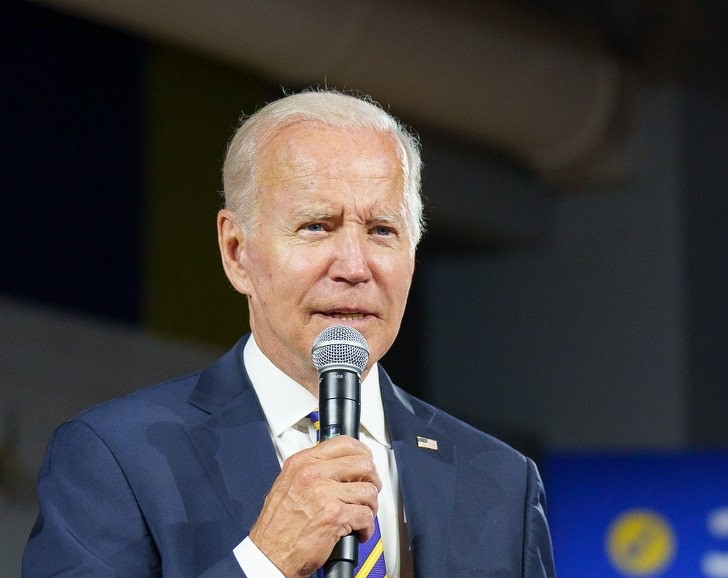 How many Americans don’t fit into one of the categories of depressed, frustrated, angry, or maybe all three? The people who are truly delusional — including President Joe Biden and Vice President Kamala Harris — seem to have convinced much of the media that they’re perfectly normal.

In just one of the bizarre incidents last week, a man broke into House Speaker Nancy Pelosi’s residence, assaulted her husband with a hammer, and was arrested while wearing only his underwear. The alleged assailant, David DePape, is a nudist activist, an admirer of Fidel Castro, and clearly a whacko. But there is nothing abnormal about DePape in the San Francisco community in which he lives.

In another weird incident, a man reading a Bible in Madison, Wisconsin, was assaulted by protesters who seized his Bible and tore it up. One protester reportedly ate pages from the book. This, in Madison — one of the most liberal communities outside of Berserk-ely, California, and Martha’s Vineyard, Massachusetts — is also probably not abnormal.

In just the past week, Biden said that Harris was “a great president,” wandered away from a White House tree-planting ceremony saying, “Where are we going?,” and said that the Democrats campaigned for Obamacare in 54 states in 2018.

(Rep. Lauren Boebert tweeted an appropriate response: “I guess if you count the states of denial, confusion, delusion and disaster that his Regime has caused he just might be on to something.” Boebert is on to something: the real mood of the nation.)

I didn’t watch the Pennsylvania Senate candidate debate between Dr. Mehmet Oz and John Fetterman, but I have seen enough clips to know that Fetterman cannot conduct a normal conversation.

Between Biden and Fetterman, it almost seems that the Dems are trying to make mental incapacity stylish. In Biden, it’s been obvious since he was elected. In Fetterman’s case, it has been evident throughout his campaign.

Even CNN admits that the Fetterman campaign is apparently covering up significant neurological injury he suffered in a stroke in May. One NBC report featured stroke victims who identify with him because of their personal struggles. Feeling empathy for someone is not enough reason to vote for him or her.

Fetterman is clearly unfit for service in the Senate, where — despite the performance of senators such as Dianne Feinstein, who reportedly can’t remember where she is or to whom she last spoke — the ability to speak and argue with others remains at least a convenience. (Feinstein remains on the Senate Select Committee on Intelligence, where she is privy to our nation’s most closely guarded secrets. Senate Majority Leader Chuckie Schumer doesn’t see the need to remove her from the committee.)

But Fetterman may yet be elected. According to the Wall Street Journal, more than 630,000 mail-in ballots had been cast before his debate with Oz, amounting to about 48 percent of the ballots requested.

The only good news is that Biden and Harris made an appearance in Pennsylvania last Friday to campaign for Fetterman. They’re so unpopular that their appearance may yet sink him.

The reason they’re unpopular is entirely clear. Crime rates have skyrocketed nationwide, especially in most major cities. People don’t feel safe in their homes, far less out in the streets. Inflation is steady at about 8 percent; mortgage interest rates are above 7 percent (highest in about 20 years).

A lot of Americans — maybe one in every four families — are skipping Thanksgiving dinner because it’s too expensive. That’s both frightening and depressing.

The Biden crew still claims that our border is secure. The truth is that at least 2.2 million illegals came into the country in fiscal year 2022. That doesn’t include the 600,000 “gotaways,” who are the drug smugglers, other criminals, and terrorists Biden’s open border lets into the country. About 200 people believed to be terrorists were captured in September alone.

But the Democrats don’t want you to believe that crime is even a problem. New York Gov. and candidate Kathy Hochul, running for reelection, when pressed in a debate to speak about the state’s crime surge and cashless bail, said: “I don’t know why that’s so important to you.… Anyone who commits a crime under our laws … has consequences.”

Unless, of course they’re released on cashless bail to commit more violent crimes even before the charges against them are reduced or dropped entirely by a “progressive” prosecutor.

But despite the Dems’ best efforts, even many Democrats are fed up with the way the federal and state governments are being run. According to a Washington Post report of an interview with a Democrat strategist, Democrats are suffering from “blue-state depression,” with voters in blue states experiencing “fatigue” from “pandemic restrictions, one-party dominance, and concerns about violent crime and quality of life.”

And there’s worse coming. New York and parts of New England are already rationing heating fuel. Energy companies are warning that shortages of diesel fuel — essential to trucks carrying virtually everything that makes our economy function — are growing critical. One report says that the diesel reserve is down to about 25 days’ supply. When those shortages are felt — soon after the election — trucks won’t be able to deliver the things we need most. It’s probably going to be a very long, cold winter.

We’re now a week before a truly critical election. Don’t plan on waking up next Wednesday to the results. There will be a lot of mail-in ballots to count, the defeated candidates — which, we hope, will be Democrats — won’t concede, and the election will drag on for weeks or months. And, regardless of the results, the Dems won’t have learned anything. Their delusions will not be cured.

As I have written before, January 2025 can’t come soon enough.