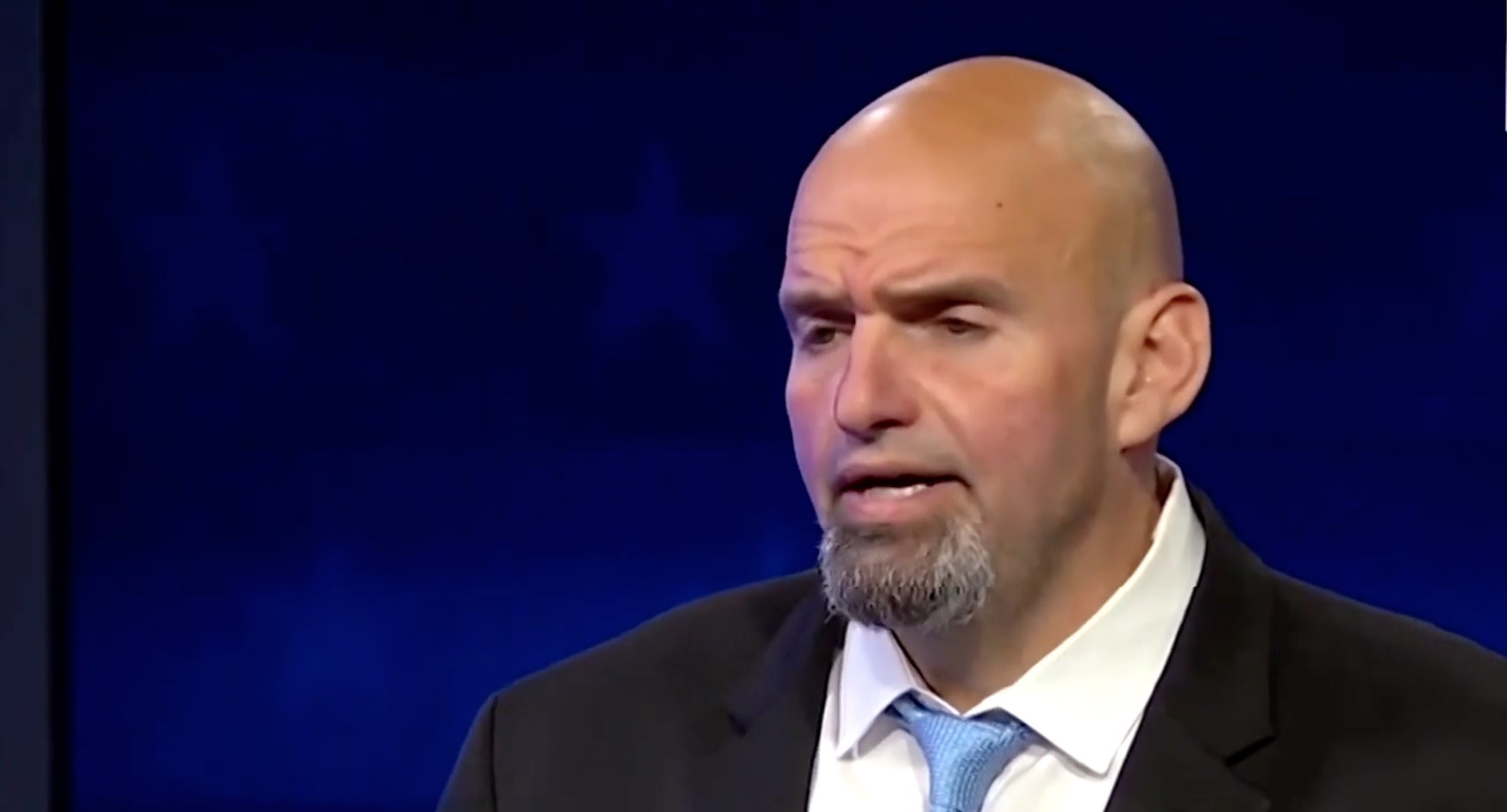 Of all the Left’s litany of “isms” — and no group has as many as liberals do — my favorite is “ableism.” Like “ageism,” which is a form of “bias” against people because of their age, “ableism” is judged a malicious form of discrimination, too. Or, at the least, it becomes so in the magical eye of the mighty liberal — one blessed with perceptive abilities that the rest of us slack-jawed types plainly don’t possess. One stands in awe of liberals’ uncanny abilities to discern certain “dog whistles,” to sniff out racism or sexism or “speciesism” (another favorite) where others can’t, to decipher that menace of all menaces: ableism.

Pennsylvania’s progressives are counting on a Gov. Shapiro to replace a Sen. Fetterman if he manages to win the Senate seat. That is, replace him with another Democrat.

The screwy little definition box that pops up via Google informs the world, “ableism: discrimination in favor of able-bodied people.” But any good progressive will tell you that that doesn’t go far enough. No, it never does.

For the liberal, ableism is the “racist!!!” equivalent of bigotry based on ability. If you hold it against a person that he or she isn’t able to compete or perform a particular task or function, then you’re engaging in ableism. It is just as poisonous as racism, you see. It’s another form of hate, like “homophobia.” Ableism puts you in the same camp as white nationalists, Nazis, fascists, homeschoolers, Bible school teachers, Colorado cake bakers, and Trump supporters.

All of which brings me to the Pennsylvania Senate debate on Tuesday night between Dr. Mehmet Oz and John Fetterman. Those of us in Pennsylvania watched the spectacle via our local cable provider. Others outside of the broadcast area viewed it online or saw video clips posted the next day. All agree that the performance of Democratic nominee Fetterman was disastrous. It was hard to watch. It was sad to watch. Regardless of whether you like the man or his politics, you had to feel for Fetterman. He suffered a stroke at the time of the Democratic primary last spring and clearly has not fully recovered. He obviously is not cognitively fit for the U.S. Senate.

In a word, the man is not able.

Leave it to a liberal, however, to turn such obvious observations — universally coming from the Right and the Left — into a form of bigotry. To wit, Liz Plank of MSNBC remonstrated, “[W]hen your side is so bad you have to rely on ableism to win.”

That was the sum Twitter total of what Plank wrote. She seemed to imply that Republicans must rely on “ableism” to win this Senate seat. It’s a strange statement. After all, the Republican nominee is perfectly able, whereas the Democratic nominee is clearly not able. Fetterman’s obvious inability should not constitute “ableism” on the part of Republicans.

Are Republicans guilty of “ableism” for wanting a debate between Fetterman and Oz? If that’s the charge, then all Pennsylvanians stand guilty because everyone in this state wanted to see a debate and, moreover, expects two men battling for a six-year seat in the Senate — known historically as the premier place of debate in America — to be able to, well, debate. That would seem a minimal bar for a senator.

Among those who especially wanted the debate is a group of about 10 percent or so of undecided voters. Polls consistently show Fetterman and Oz separated by about 2–5 percent, with neither man over 47 percent in support. The undecideds will decide who wins.

Sorry, Ms. Plank. Those pointing out Fetterman’s lack of ability are not discriminating against the poor guy. They are merely underscoring something very visible and very significant. As one person responded in Plank’s Twitter feed: “It’s kind of sad to watch, to be honest. How will this man be able to debate and perform in the senate? That’s what people should be asking.” Another chimed in: “Senators should be ‘able.’”

One would think so.

For those who didn’t watch the debate, Fetterman’s failure was obvious from his literal first words, even as he was permitted the unusually generous offer of a pre-written script via a teleprompter. Fetterman began his first response from the moderators — ironically, to the question, “What qualifies you to be a U.S. senator?” — by saying “goodnight” to everyone, then mumbled and lost his place in a span of 30 seconds (click here to watch). From his opening salutation, “Hi, good night, everybody. I’m running to serve Pennsylvania,” Fetterman was sunk.

Fetterman’s sputtering confusion went on all evening, leaving sympathetic liberals alarmed and, at times, apoplectic, especially over his flip-flopping on issues from health care to fracking. As to the latter, the moonbat wing of the Democratic Party has long counted on Fetterman to help it blow up the fracking industry here in Pennsylvania. Fetterman is a wild liberal, a Bernie Sanders Democrat, a reliable far-left vote that lefties are banking on. On Tuesday evening, however, Fetterman sounded like Donald Trump on fracking. Liberals were left scratching their heads and screaming.

Or were they? Honestly, many of them probably chalked up Fetterman’s odd response on fracking as not a flip-flop but mere mental confusion regarding where he has long stood on the issue.

And that, regrettably, brings me to the dirty secret going around progressive circles here in Pennsylvania: The truth is that Pennsylvania liberals know that Fetterman is cognitively disabled because of his stroke. They know that his challenges make him unfit for a six-year term in the U.S. Senate. But they also know something else: They are likely to hold the governor’s seat this November, as Democratic nominee Josh Shapiro maintains a commanding lead in the polls over Republican nominee Doug Mastriano. Pennsylvania’s progressives are counting on a Gov. Shapiro to replace a Sen. Fetterman if he manages to win the Senate seat. That is, replace him with another Democrat.

To Pennsylvania’s compassionate liberals, Fetterman is a mere tool to win this seat for their party. They’d replace him faster than you can say “Uncle Fester.” (An American Spectator reader lectured me for recently describing Fetterman as resembling a cross between King Kong Bundy and George “The Animal” Steele, instead describing him as a dead ringer for Uncle Fester.)

If that were to happen, it would seem that Pennsylvania’s Democrats (are you listening, Ms. Plank?) would be going full-throttle on the “ableism.” Finding Fetterman not able, they would be tossing the six-foot-eight-inch, tattooed, 300-pounder under the progressive bus.

Now that, dear liberals, doesn’t seem like a very nice thing to do.