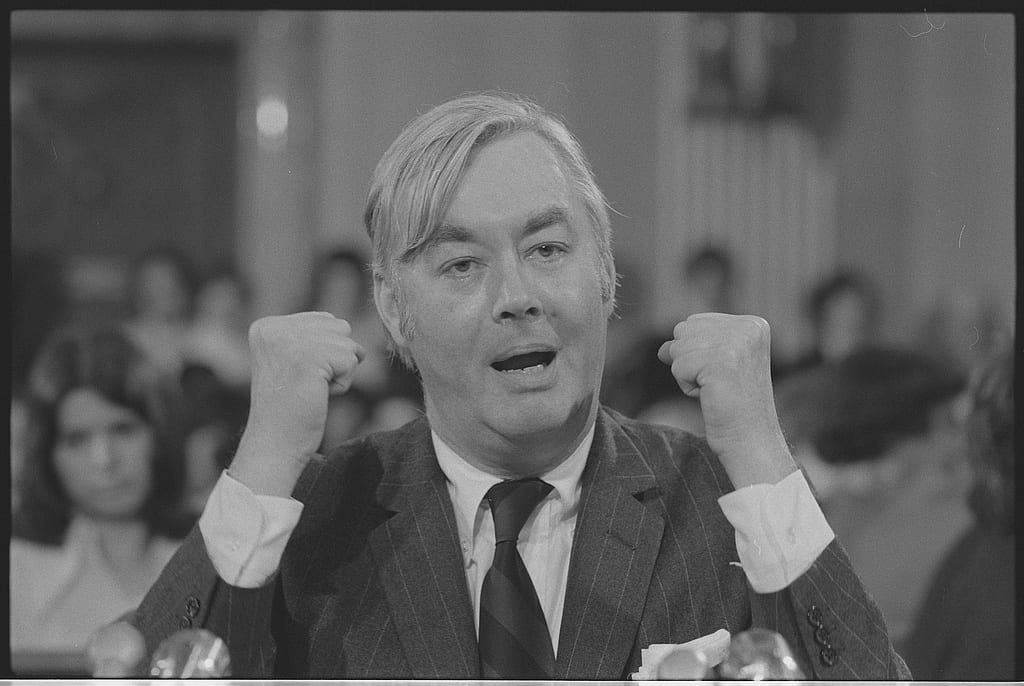 You must hand it to the people who are bent on upending societal norms. They’re clever, very clever to the point they can turn black to white and up to down while the rest of us stand on the sidelines wondering what happened and how we got there.

The late Sen. Daniel Patrick Moynihan, one of the most powerful intellects to ever serve in the world’s greatest deliberative body, famously described the phenomenon as “defining deviancy down” — the idea that each generation is more tolerant than the one that preceded it of behaviors considered outside the norm. So far we haven’t hit bottom — and possibly never will — but we’re running out of things to normalize.

Some standards still exist, thank goodness, which is why New York State Attorney General Eric Schneiderman resigned late Monday after it was alleged he’d been physically abusive to women with whom he’d been involved and called one of them, a Sri Lankan, his “brown slave” while demanding she call him “master.”

Schneiderman figured out his position was untenable though it’s not clear which charge — being a woman beater or being a closet racist — was more injurious to his political future in the Democratic Party. In any event he’s still contesting most of it even as he’s packing up his boxes. This, coming as it does in a climate where the #MeToo movement is still going strong and President Donald Trump is still fighting allegations he’s repeatedly been intimate with women who might be considered, in the broadest possible sense, sex workers of one sort of another is just another example of the moral corruption and decay that’s infected the American political scene.

That, though, is all show for the folks back home. CNN’s Anderson Cooper may grimace in 20 years when he thinks back on the appropriateness of asking one of Trump’s self-proclaimed former paramours whether he “used protection” but it was good television, the kind legendary screenwriter Paddy Chayefsky probably had in mind when he called it “democracy at its ugliest.”

The real changes, the ones that are demonstrably debilitating are the ones still coming, gradually, from elite circles that will be pushed and pushed on us all subtly and step by step unless we all resist, which, sad to say, includes saying “No” to our own impulses to be reasonable.

What brings this to mind is an essay published in the New York Times in October 2014 that, for one reason or another, is suddenly making the rounds on social media. In it Margo Kaplan, at the time an assistant professor at the Rutgers School of Law, argues for treating pedophilia as a disease rather than a crime.

“By some estimates,” she wrote, “1 percent of the male population continues, long after puberty, to find themselves attracted to prepubescent children. These people are living with pedophilia, a sexual attraction to prepubescents that often constitutes a mental illness. Unfortunately, our laws are failing them and, consequently, ignoring opportunities to prevent child abuse.”

It’s a sophisticated construct. Take something we find abhorrent like sex between adults and children, argue without providing real evidence the impulse leading to such conduct is more prevalent than we realize, and tack on for good measure it is our Neanderthal-like attitudes toward said impulse that produces an effect opposite of what society intends. Say it often enough and pretty soon you’re beginning to win the argument: People who commit crimes should be punished, people with a disease should not. They deserve our compassion and understanding because they are really not responsible for what they do.

That’s where it starts. And when that kind of thinking catches on, when it starts to gain wider acceptance — with the message hammered home again and again through the popular media — the second wave comes. The argument that maybe it’s not even a disease starts, meaning the behaviors one might exhibit if one were found to have such a disease (like pedophilia) should be accepted, at least at some level. Another generation or so later and we’re arguing over what actually constitutes child rape and how young is “too young” while those who continue to hold to the original position that pedophilic acts are a crime and should remain so are marginalized and called “haters.”

We’ve seen changes in the societal structure and public attitudes managed through this framework time and again. We need to be saying “No” now, not just to the drive to normalize pedophilia which is regrettably somewhere beyond its infancy and to other changes being foisted upon us. If we don’t stand up for what some have termed “traditional values” (and someone needs to come up with a better term) we will find over time they’ve disappeared. It’s not just freedom that’s only a generation away from being extinguished; it’s everything we hold dear.

Peter Roff, who appears regularly on the One America News network, is a former a former senior writer for United Press International and former contributing editor at U.S. News & World Report.