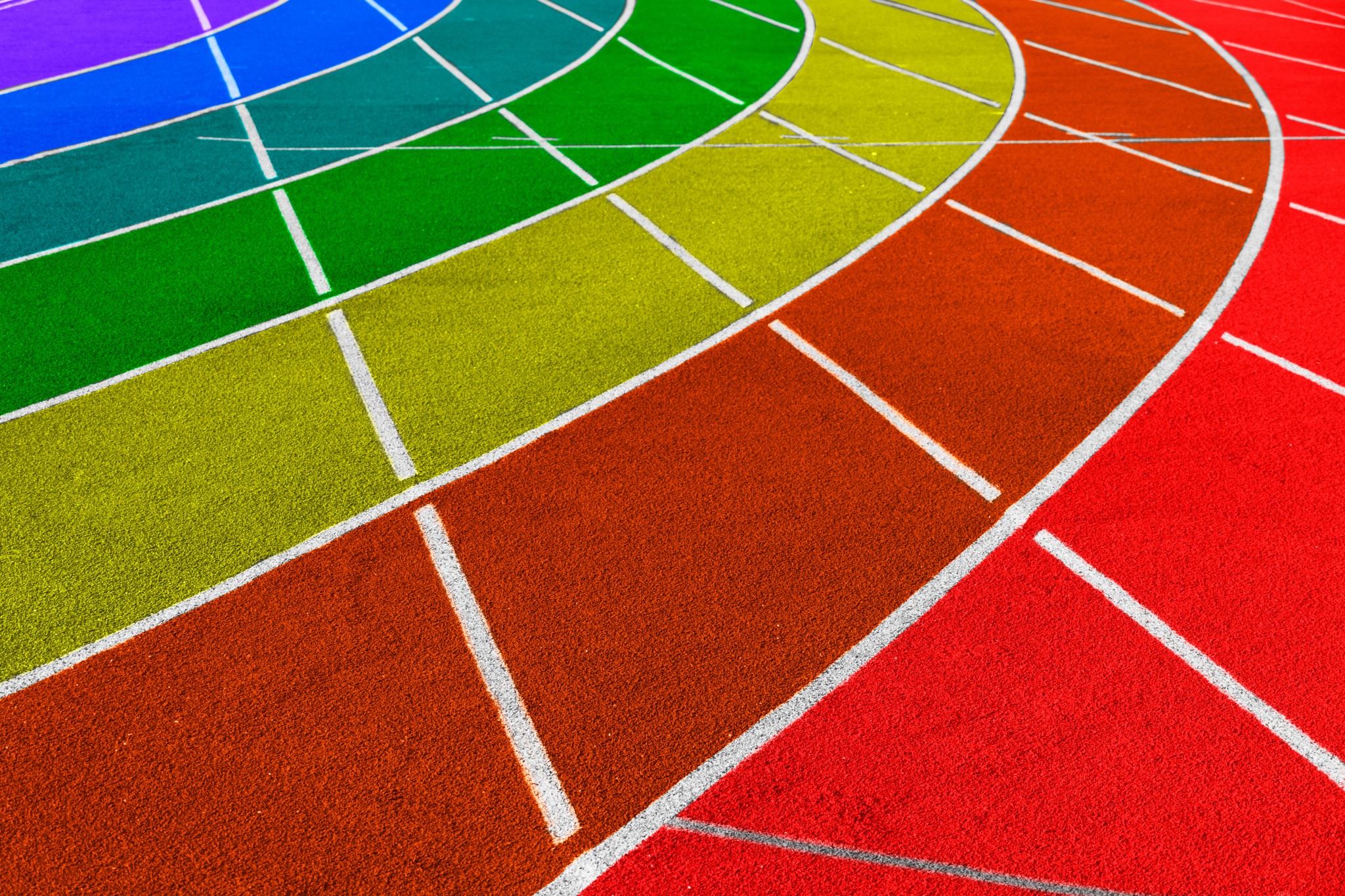 There’s bad news and good news in the world of binaries.

The bad news is that the binary that’s under attack at the moment, the male-female binary, the binary integral to the perpetuation of human life on this planet, the binary that has been assumed since Adam woke up one morning and found one of his ribs missing, is not the last of the binaries in jeopardy. There are other, more comprehensive binaries in the Left’s gunsights.

Black and white is blurring to ever more gray as the absolutes of yesteryear crumble.

There’s the human-nonhuman binary. This has gone way past the do-dogs-go-to-heaven? stage and is currently the province of philosophy departments, not to mention the obsession of cadres of militants waving their “rat is a pig is a dog is a boy” banner. All seek to eradicate “human exceptionalism” and explore that amorphous interspecies space in which orangutans become persons and rights are bestowed on Fido and Muffin.

Then there’s the human-machine binary. Science has no conscience, and science is pursuing with fervor the integration of human and machine to produce some sort of liminal entity that can assist us with daily tasks, fight our wars for us, provide us with spare body parts, and have sex with us. Hollywood dramatizes the phenomenon, and the specter of A.I., I, Robot, Ex Machina, and Blade Runner 2049 is closer to becoming reality than we might care to think … probably closer than 2049.

The grand goal of the postmodern project, to destroy absolutes and install relativism in all aspects of the culture, seems more and more in reach as even the most elementary of the quondam static categories we reckoned immutable are falling before our eyes. Black and white is blurring to ever more gray as the absolutes of yesteryear crumble.

The good news is that the fury over the attack on the male-female binary, in which biological males play women’s sports and kindergartners are taught their transgender LGBTQs, has reached a critical mass unseen on the conservative side since seven men in black robes said killing babies was legal 50 years ago. It seems the Right has reached its “now they’ve gone too far” moment. And it looks like our side is going to put up a fight to save at least one binary.

Just last week, the Hill reported that Republicans “are zeroing in on the debate surrounding trans women in sports in hopes of revving up their conservative base ahead of November’s midterm elections.”

The numbers look pretty good at this stage. A Harvard CAPS-Harris Poll showed that 63 percent of Americans oppose gender-transitioning athletes competing in opposite-sex sports, while 37 percent favored it. Among Republicans, 80 percent were against it; among Democrats, the number was 40 percent. Independents went 68-32 against.

The science corroborates the polls. Data indicate that men enjoy substantial biological benefits during their formative years of physical development, as testosterone, in huge doses, pumps through their bodies during puberty. They have, on average, increased body mass, greater muscle mass, higher tendon mechanical strength, denser bones, and increased lung capacity. Meanwhile, data is lacking on whether hormonal treatment — testosterone-reducing drugs, which constitute the primary means employed by men who identify as transgender to quality for women’s sports — can reverse those advantages, or how long any such reversal might take.

Playing to the basic unfairness of biological males competing against women seems a political no-brainer. As is highlighting the threat to women’s sports per se. Warned sports and political commentator Clay Travis: “We are headed toward an era of male biological domination of women’s sports. Women’s sports are under existential attack,” Travis said. “Swimming, cycling, basketball, whatever sports you can think of … eventually the best athletes are going to be men who are identifying as women.”

Roughly 280 bills designed to preserve the male-female binary are either approaching the starting line or already coursing through state legislatures, according to a story in USA Today. The brunt of the bills deals with transgenderism in sports, but the measures spread to other hot points in the transgender debate as well, including health care measures, whether restricting gender counseling or blocking gender reassignment treatment or hormone treatment in youth.

Many bills are popping up in likely places — in states where Republicans control the legislature and live in the governor’s mansion. But key swing states like Arizona, Michigan, and Georgia, which all went blue in 2020, also are or will be considering such bills.

Some 20 states have now either passed laws or have legislation pending that bans biological men from competing in women’s sports. Squishy governors in two states — Doug Burgum in North Dakota and Eric Holcomb in Indiana — have vetoed trans bans, but the Utah legislature stiffened its spine and overrode the veto of Gov. Spencer Cox.

Fighting the incessant attacks on the male-female binary will not be easy. The Left is all-in on the latest of their civil rights causes, and with the aid of a servile media and a social media world that brooks no dissent, nor even any discussion, we are caught up in a whirlwind of positive spin. Lia Thomas, the self-acclaimed “Jackie Robinson of trans sports,” blows away biological women in swimming pools and basks in almost universal praise in the mainstream press.

But unforced errors blight the trans message. Does anyone think a Supreme Court nominee unable to define a “woman” helps the Left’s cause with the general public? Is the liberal message furthered by government documents referencing “birthing people”? Is a Sports Illustrated swimsuit edition featuring a trans woman on the cover anything more than a sheer novelty to the average American male? Does Hollywood hope to bring normal American moviegoers back to the cineplex with presenters shouting “Gay! Gay! Gay!” at its big awards ceremony? Does it really help the cause when ESPN announcers interrupt coverage of a women’s March Madness game with two minutes of dramatic silence in protest of a Florida bill that prohibits schoolteachers from indoctrinating elementary-school kids in transgender basics?

Speaking of Florida, Gov. Ron DeSantis is writing the playbook for pushing back against the woke Left. By signing the Parental Rights in Education bill into law, DeSantis assured that Florida parents of little kids would be protected from public “schools using classroom instruction to sexualize their kids as young as 5 years old.” And he’s done it in the face of constant media excoriation and even the outspoken condemnation of one of his state’s biggest tourist generators, the Disney theme parks.

The American Spectator’s Scott McKay wrote last week: “DeSantis is currently running away with the Florida gubernatorial race. He’s doing so because voters see strength in him. He doesn’t yell and scream, and he’s never out over his skis. He makes sense but he does not flinch. And he takes on issues which are fundamental to American life. The Left’s insistence on perverting the education of our children creates just such an issue. A Republican Party full of Ron DeSantises cannot be defeated.”

That’s the ticket — win elections and protect the male-female binary.