by Ellie Gardey
A chart intended to criticize the anthropocentric point of view (desdemona72/Shutterstock.com) 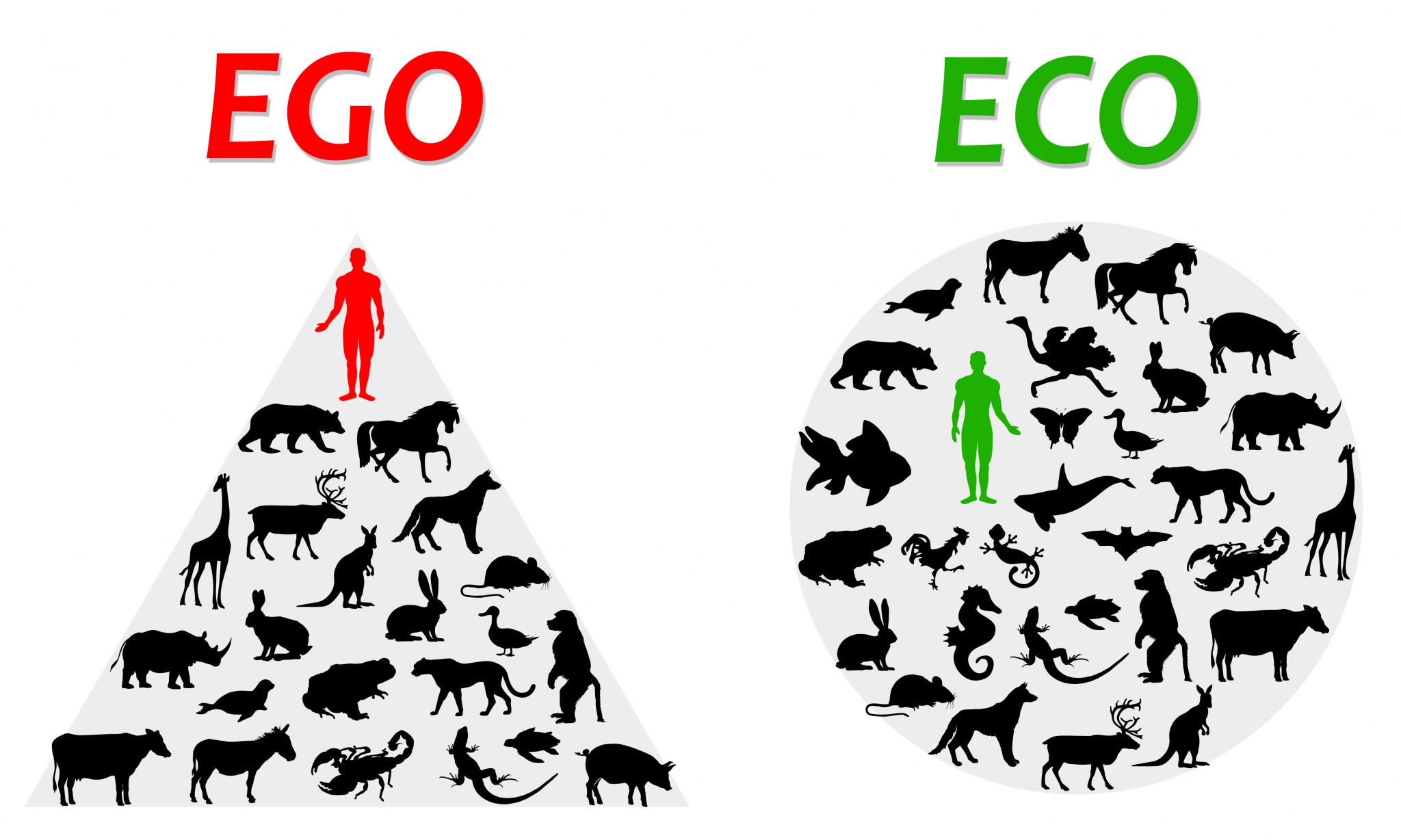 The nation’s largest teachers union, the National Education Association, held its annual meeting last week, and suffice it to say that the measures the delegates passed were radical.

One measure passed by the delegates warrants special attention.

The measure called on the union to issue a study criticizing “empire, white supremacy, anti-Blackness, anti-Indigeneity, racism, patriarchy, cisheteropatriarchy, capitalism, ableism, anthropocentrism, and other forms of power and oppression at the intersections of our society.”

This woke list of objectionable ideas, presented in left-wing gobbledygook, first strikes as typical among these sorts of ideologues. Sure, cisheteropatriarchy, that’s an old one. (“A system of male, straight, conforming-to-assigned sex system of power,” the Los Angeles Times says.)

But one term, anthropocentrism, is new among these lists.

Now anthropocentrism — the view that humans are the center of creation — isn’t a new idea. It’s been used among the most extreme of environmentalists for decades to argue that it’s wrong for humans to see ourselves as superior to the rest of nature. We don’t have dominion over the fish of the sea and the birds of the air, opponents of anthropocentrism assert. Rather, humans are just one of many organisms who evolved in a purposeless nature.

In this universe, who’s to say if we’re better than lobsters, or worms, or bacteria for that matter? We should be balancing our rights with the rights with the equally important rights of cows.

Opponents of anthropocentrism, apparently including the National Education Association, believe that placing humans as the central creature on Earth is dangerous because it leads to environmental destruction.

Peter Singer, a morally repulsive moral philosopher at Princeton University, has been at the forefront of criticizing anthropocentrism. He says humans are guilty of “speciesism.”

“Just as we are trying to move past those long-lasting traditional prejudices against some races and against women, so it’s time for us to move past the prejudice against beings who are not members of the species Homo sapiens,” he said last year.

Singer is a vegan and avoids wearing or using products made from animals. He says we ought not sacrifice the interests of animals “just for our convenience.”

Yet the man is fully in support of abortion up to the ninth month and at one point said that we should permit the killing of infants during their first month outside the womb.

His 1975 book Animal Liberation is the founding text of anti-anthropocentrists. In it, he argues that there is nothing about humans that distinguishes us as worthy of greater rights than animals. Thus, he writes, we should focus our efforts on preventing the suffering of the greatest number of creatures possible — pigs, cows, and sheep included.

The National Education Association’s inclusion of anthropocentrism as an oppressive ideology to be done away with marks a turning point in the success of radical animal rights activists. The movement to disrupt the fundamental Western principle that humans should be treated with dignity because we are made in the image and likeness of God is going mainstream.

The principle of the Imago Dei is the foundation of our society. It’s inherent in the Declaration of Independence’s statement that “We hold these truths to be self-evident, that all men are created equal, that they are endowed by their Creator with certain unalienable Rights, that among these are Life, Liberty and the pursuit of Happiness.”

Anthropocentrism is the norm even from a secular standpoint. Humanists, for instance, emphasize the fundamental worth of human beings. The modern human rights project is also based on anthropocentrism. The Universal Declaration of Human Rights begins by stating, “Recognition of the inherent dignity and of the equal and inalienable rights of all members of the human family is the foundation of freedom, justice and peace in the world.”

Thus, to dismantle anthropocentrism would be to dismantle the basis for our rights. The focus of government and society would no longer be the dignity of man — that would be replaced with a plan to prioritize leftists’ views of what’s best for nature at all costs. To achieve that vision, climate policy will trump human flourishing and efforts to decrease the human population, whether by euthanasia or abortion, will be central.

These goals are already becoming commonplace. According to Wesley J. Smith, a senior fellow at the Discovery Institute, some radical environmentalists want to reduce the human population by 90 percent. Many have also questioned in recent years whether it is moral to have children because of the effect these children would have on the environment. For instance, Prince Harry and Meghan Markle have announced that they will have a maximum of two children for the sake of the environment.

Euthanasia is also gaining ground in the West. Canada expanded access to euthanasia in December, and the practice is now legal in 10 U.S. states, and the Montana Supreme Court has ruled that no law prohibits the practice. Singer supports euthanasia because he sees nothing inherently good in the life of a human person. He once said that he probably would have supported the euthanization of his own mother because she had Alzheimer’s disease, except his sister was also in charge of her care.

The effort to remove man from his place as the centerpiece of God’s creation has been stewing on the margins of woke academia in recent years.

In March, Swedish academic Helena Pedersen published a journal article that attempts to understand the education system’s slowness in doing away with anthropocentrism. Essentially, she wrestles with why schools haven’t yet accepted her radical ideology and plots how to make that happen.

Pederson studies “critical animal studies,” and she wants to end what she calls the “prevailing anthropocentric mindsets and conventions in educational practice and theory.”

The effort to decenter man from his rightful place and to make us equivalent to any beast is still limited. But if we’ve learned any lessons from the assent of woke academic theories, we should be on the lookout for its encroachment into public policy and classrooms. Conservatives have made the mistake of discounting the impact of radical liberal academics over the past few decades time and time again. Critical race theory is the No. 1 example.

The anti-anthropocentric ideology even seeped into the New York Times on Friday. An opinion contributor wrote that she is not sure that “we humans should be set ‘above and apart’ from other living things.”

This latest woke ideological project is especially pernicious. Parents should be cautious that this agenda is kept out of their children’s schools despite the efforts of the NEA.