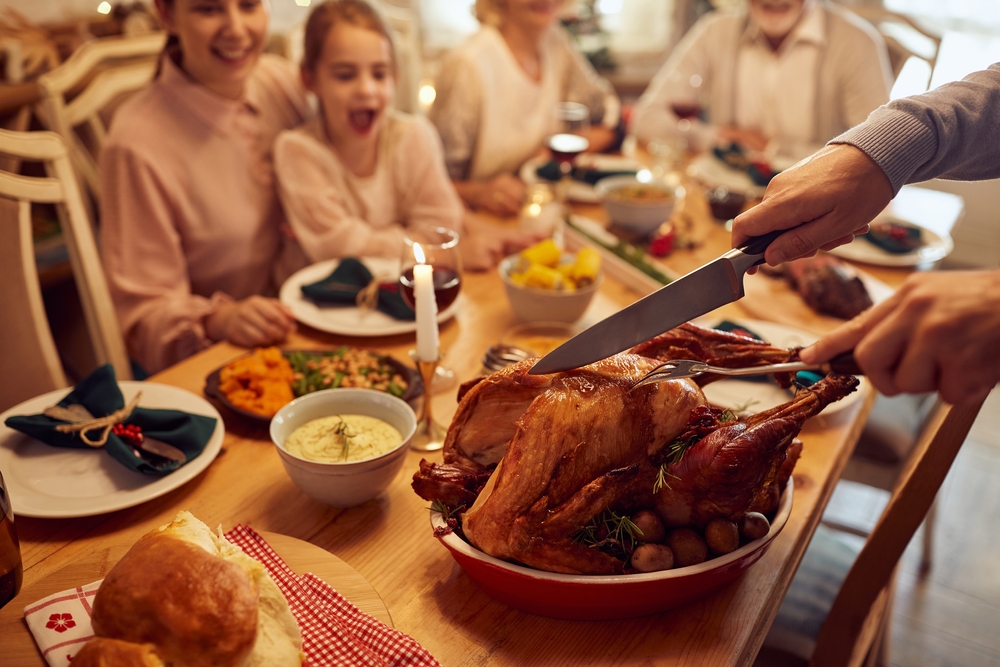 This Thanksgiving, agitators are assembling at Plymouth Rock for a “National Day of Mourning.” They’re protesting what they describe as “the genocide of millions of Native people, the theft of Native lands and the erasure of Native cultures.” They urge: “Help shatter the untrue image of the Pilgrims and the unjust system based on racism, settler colonialism, sexism, homophobia and the profit-driven destruction of the Earth that they and other European settlers introduced to these shores.”

Hmm, I’ve never seen the Pilgrims linked to homophobia before.

In the past, this group has expressed its anger by “burying” Plymouth Rock and even draping Ku Klux Klan sheets (now where did they get those?) on the statue of the Mayflower’s great William Bradford.

Pardon my historical ignorance, but I don’t recall reading even in my politically correct public school textbooks that Bradford was a Klansman. Maybe he was a MAGA-hat-wearing, QAnon-preaching “white nationalist,” but the Klan?

I find equally curious — if not outright offensive — the name of this group of agitators. They call themselves the United American Indians of New England. That confuses me, because I thought folks like this resented being called “Indians.” Even the Cleveland Indians are no longer Indians. Why is this group of Native Americans calling itself Indians? What’s next? Are they going to start calling themselves “Injuns?”

That is really insensitive. It plays right into the hands of that master chief of genocide, the odious Christopher Columbus (patron saint of my new Western Civ Day). Does this group not know that the monstrous Columbus is responsible for the mislabeling of poor Native souls as “Indians”? What a scoundrel he was.

What is up with this group?

I shared this news with a real Indian. His name is Khush. He’s a Grove City College student spending Thanksgiving with me and my family. When I shared the name of this Plymouth-protesting group with Khush, he instantly objected: “Wait a minute! Do they mean ‘Indian,’ like me?”

Anyway, dear reader, you can be sure that here at the Kengor homestead we will not be spending Thanksgiving prattling on about homophobia and running around with white Klan sheets.

Our Thanksgiving preparations commenced last Saturday morning, on a blustery, cold day out here in the Hinterland of Western Pennsylvania. Myself and three of my sons and a farmer friend corralled two turkeys from our cage and “culled” them for the freezer and, ultimately, the table. On hand for the spectacle was Khush, who was intensely interested, given that Thanksgiving is not celebrated in his country.

Incidentally, when I asked Khush for his thoughts on Thanksgiving, he waxed philosophical: “I think it’s nice because it forces families to come together once a year and try to get along, even with diverse beliefs and interests. Otherwise, all year long you’re with friends, who you choose, but you can’t choose your family. With family at Thanksgiving, you’re forced to love people just as people.” A math major and convert to the Catholic faith, Khush pensively quoted a G.K. Chesterton observation on Beauty and the Beast: “A thing must be loved before it can be lovable.”

Kudos to Khush. Sometimes it takes an outsider — in this case, a kid from India, a true Indian — to teach us natives.

Khush’s philosophical navigations came later that evening. As for late Saturday morning, he watched as we began ushering the two turkeys to their ultimate destiny: the dinner table.

That whole process, incidentally, is nothing to make light of. Killing animals for food is not something that anyone should take pleasure in. It’s a sober process. Farmers respect their animals. I honestly agonize about how to take the life out of the birds as humanely as possible. It always saddens me. You do not relish this.

My wife took the youngest kids to town for a couple of hours as the older boys and I did the work. None of the girls were present. My one daughter shoots me a glare like she’s looking at Jack the Ripper. How could her dad do such a thing to those beautiful birds? My mother-in-law always asks a strange question each time she visits and sees the turkeys in the cage: “You’re not going to eat those birds, are you?”

My snarky response: “No, I’m going to put them on kite strings and fly them around the front yard.”

Tens of millions of Americans might ask that same question. And yet, they’ll be eating birds this Thursday. But, in the vast majority of cases, i.e., 99.99-plus percent, these are turkeys that someone else “harvested” (I detest these clinical terms). Some other cold butcherer had to raise the hatchet.

Personally, I think it’s almost worse to rely on others, closing your eyes and minds to what really goes on. For the 99.99-plus percent of birds, they’ve been raised in massive warehouses in cramped cages with clipped wings and pumped with hormones just short of their hearts exploding from overgrowth (literally). My birds get a far better life under vastly preferable conditions.

The value of doing this yourself is that your family learns where food truly comes from. It connects you closer to the lives of the animals and, I believe, actually gives you a greater respect for life.

Once upon a time in America, people knew this. The Pilgrims did. People today have become completely separated from the reality. In a way, it’s like a metaphor for Thanksgiving itself, which for many has gone far astray from what the founders of this nation envisioned. What is Thanksgiving? How did it begin as a national holiday?

In 1789, George Washington, America’s first president, proclaimed a “day of public thanksgiving and prayer” and urged the citizenry to practice “true religion and virtue.” In 1863, President Abraham Lincoln urged his countrymen to set aside the last Thursday of November “as a day of Thanksgiving and Praise to our beneficent Father who dwelleth in the Heavens.”

President John F. Kennedy, who grew up about 30 miles south of Plymouth Rock, hailed the Pilgrims in his first Thanksgiving proclamation: “More than three centuries ago, the Pilgrims, after a year of hardship and peril, humbly and reverently set aside a special day upon which to give thanks to God.”

Evidently, JFK was a closet colonizer.

President Ronald Reagan in his proclamation for Thanksgiving Day 1986 stated: “Perhaps no custom reveals our character as a Nation so clearly as our celebration of Thanksgiving Day. Rooted deeply in our Judeo-Christian heritage, the practice of offering thanksgiving underscores our unshakeable belief in God as the foundation of our Nation and our firm reliance upon Him from Whom all blessings flow.”

As for me, this Thanksgiving I’m thankful not only to God and the blessings bestowed on this country and our families, but also for the turkeys. And I must wonder: Clearly, my friends in the United American Indians of New England don’t like Pilgrims, but do they like turkeys? After all, turkeys aren’t racist, I don’t think. Mine aren’t, by golly, I can assure you that!

My bet is that these “Indians” are gobbling down some gobblers this Thursday, too.

I wish them a blessed feast with their families. I hope they can relax and lighten up.

Paul Kengor
Follow Their Stories:
View More
Paul Kengor is Editor of The American Spectator. Dr. Kengor is also a professor of political science at Grove City College, a senior academic fellow at the Center for Vision & Values, and the author of over a dozen books, including A Pope and a President: John Paul II, Ronald Reagan, and the Extraordinary Untold Story of the 20th Century, The Politically Incorrect Guide to Communism, and Dupes: How America’s Adversaries Have Manipulated Progressives for a Century.
Most Popular
1
The Right Prescription
Judge Rewrites Georgia Law to Favor Warnock
by David Catron