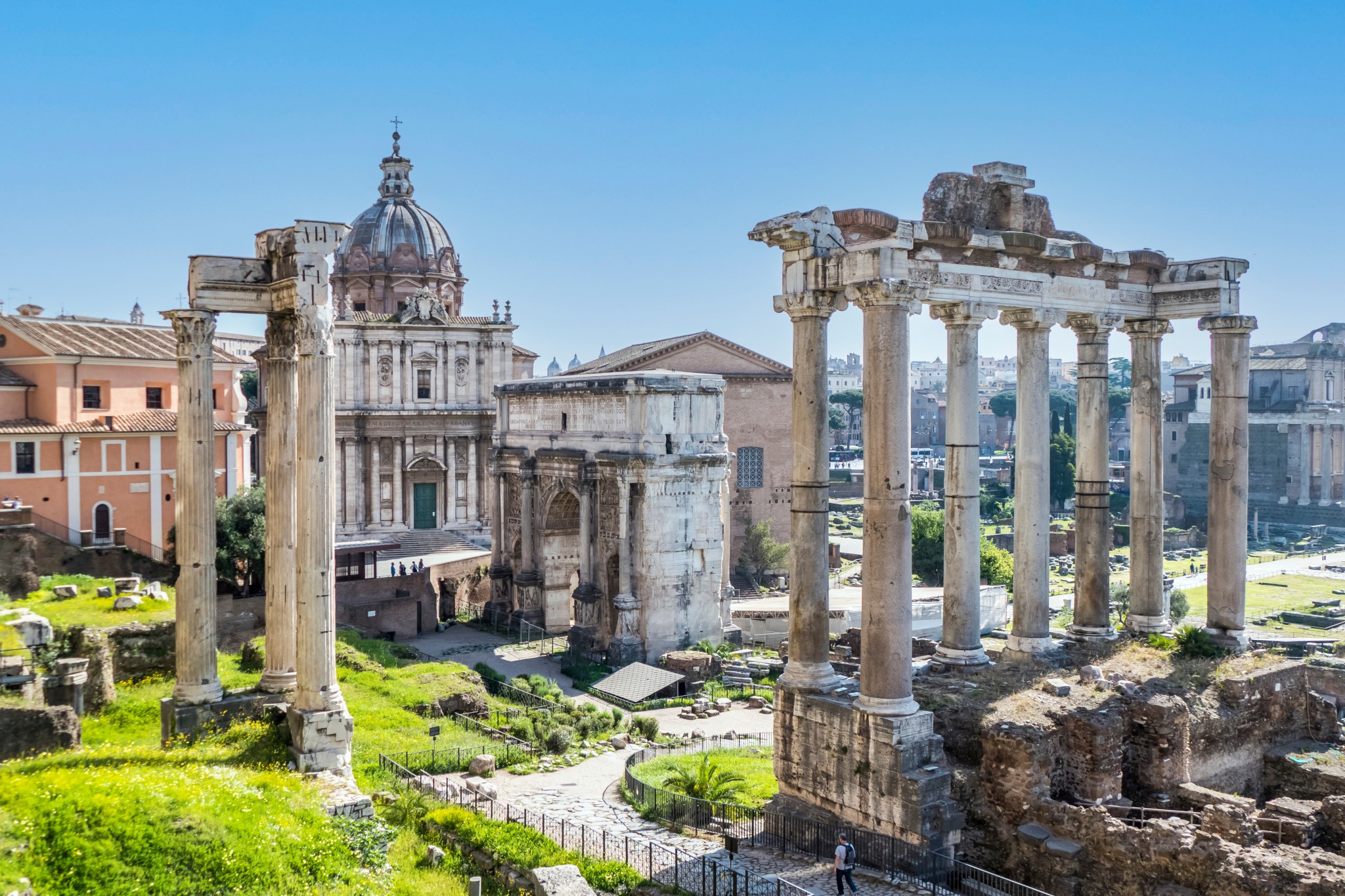 Monday, Oct. 10, in the year of our Lord 2022, was Columbus Day in the epic explorer’s America. Those of us of Italian heritage (my mother’s side) take special pride in the Genoa navigator’s truly historic transformation.

American Catholics likewise take pride in the grand discoverer, as evidenced in every parish with the enduring presence of the Knights of Columbus. One ignominious Catholic exception is our embarrassment of a Catholic president, Joe Biden. Biden last year boarded the angry Left’s anti-Columbus bandwagon by signing a presidential proclamation declaring the creation of something henceforth called “Indigenous Peoples’ Day.” So ordained Joseph Robinette Biden Jr.:

That Oct. 11 happened to already be Columbus Day. Starting with a particularly aggressive pushback in 1992, the 500th anniversary of Christopher Columbus’ voyage, liberals set sail on a bold ideological expedition. These pioneers of cancel culture endeavored to supplant Columbus Day with a new holiday, Indigenous Peoples’ Day.

As they set ablaze Judeo-Christian values, progressives instead fashion a molten calf of politically correct nostrums.

For our geographically as well as cognitively challenged president, Indigenous Peoples’ Day honors not just natives of the East Coast, but, as Biden put it in his proclamation, “American Indians, Alaska Natives, and Native Hawaiians.”

Hmm. Columbus gets zinged for being admittedly pretty far off course regarding where he initially thought the boys dropped anchor. I’d need to get out my slide rule and compass, but I’m estimating that Joe wasn’t much closer to Chris’ intended landing spot with his reference to Alaskans and Hawaiians. Then again, I’m not good at geography; I’m a product of government schools.

But liberals are champions of “diversity.” So Indigenous Peoples’ Day extends to Cherokees and Eskimos alike. Though, as always with progressives, diversity has its limits. And, so, Genoa’s genocidal master must be demoted while the idyllic Iroquois are elevated.

It is curious, dear reader, that Biden and the progressives have thus far omitted LGBTQ people from their celebration of Indigenous Peoples’ Day. Surely there were gay Comanches. And no doubt some Seminoles struggled with gender identity. Not every Apache boy enjoyed chasing buffalo with bows and arrows. Some surely stayed at the teepee with the squaws sewing little Indian dolls.

Anyway, it’s only a matter of time before Columbus Day is scrapped by the federal government altogether.

In his 2022 proclamation, Biden and his progressive handlers again proclaimed Indigenous Peoples’ Day to be on the same day as Columbus Day (the second Monday of October):

NOW, THEREFORE, I, JOSEPH R. BIDEN JR., President of the United States of America, do hereby proclaim October 10, 2022, as Indigenous Peoples’ Day. I call upon the people of the United States to observe this day with appropriate ceremonies and activities. I also direct that the flag of the United States be displayed on all public buildings on the appointed day in honor of our diverse history and the Indigenous peoples who contribute to shaping this Nation.

Well, I propose that we one-up the left-wingers. I propose that we not only fight for Columbus Day but, better, that we propose every second Tuesday of October henceforth to be denoted “Western Civ Day,” a celebration of the civilization that the magnificent Chris brought to this land.

After all, Columbus brought the natives not only wine and pasta and pictures of the pope, but also the timeless truths of the Judeo-Christian tradition and the whole wider Western intellectual tradition that built a civilized world. Lefties can chant, “Hey, hey, ho, ho, Western Civ has got to go!,” but, without Columbus’ setting sail in 1492, who knows where this nation would have been in pivotal moments like 1914–18, 1941–45, the Cold War, and other epic moments when the United States existed to stop savages like Adolf Hitler.

Obviously, Columbus was not perfect, but neither was every American Founding Father, every Catholic saint, Moses and David and Abraham, Peter and Paul and the Apostles, and every icon of the Left, from President Woodrow Wilson to Planned Parenthood founder Margaret Sanger, and even to men like Martin Luther King Jr. All humans are flawed; in fact, that is an essential teaching of the Western-Christian tradition.

My own story of learning that tradition is instructive, and it includes a rather painful Columbus lesson.

The first course that I took as a pre-med major at the University of Pittsburgh in June 1987 was the required Western civilization course. I have fond memories of reading my various texts under the giant statue of Columbus at Schenley Park.

I had never given much thought to what Western civilization was, nor to the statue dedicated to Columbus. Not that my own knowledge mattered. As a young student in America, I sat in the shadow of the intellectual patrimony of those who came before me — the canon of the Western tradition. This is where we came from and what I needed to know.

Columbus is relegated to moral reprobate by our new revolutionaries who are bent on tearing him down.

That was 35 years ago. Now, that required Western civilization course at Pitt is gone, replaced with (you guessed it) a “diversity” course. That diversity applies to race, gender, and sexual orientation, and certainly not to 15th-century Italians. Quite the contrary. When I visited Schenley Park with my family a few months ago, I was stunned to see that statue of Columbus covered and bound, gagged, as if hiding some sort of giant disgrace — what you would expect to see of a statue of Joseph Stalin in Moscow or Saddam Hussein in Iraq.

The analogy is apt, as Columbus is relegated to moral reprobate by our new revolutionaries who are bent on tearing him down. It’s a shocking thing. Think about it: What kind of a people tear down their country’s discoverer?

Answer: Leftists hell-bent on redefining America and severing it from its roots.

Christopher Columbus has become the Left’s whipping boy, and his statue is an altar at which to lay down the litany of the Left’s perceived sins of the great sinful colossus that is America. For those who want to reframe America as a misbegotten act of evil, Columbus is the poster boy. He started it.

Of course, my alma mater is far from alone. I wrote a few years back about a surreal spectacle at Indiana University Bloomington, the alma mater of the two pillars of The American Spectator, R. Emmett Tyrrell, Jr. and Wlady Pleszczynski. Students there went into a full snowflake meltdown at the sight of a Dominican friar who, amazingly, they mistook for a Ku Klux Klansman. “[IU] students be careful,” tweeted one student, “there’s someone walking around in kkk gear with a whip.” A resident hall director fired off an email: “There has been a person reported walking around campus in a KKK outfit holding a whip…. Please PLEASE PLEASE be careful out there tonight.”

The “kkk outfit” was the friar’s robe. The “whip” was either his belt or his rosary.

Is it any surprise that today’s college students would mistake a Dominican for a Klansman? That’s a product of what they learn and don’t learn. The IU incident happened just as Stanford resoundingly rejected an effort to add a required Western civilization course. I suppose the dangerous Western civilization requirement might have cut enrollment for courses like “Narrating Queer Drama.”

If these students had dared learn about Western civilization, they might have discovered that their educational tradition owed a debt to those arcane men in robes. It was monks, starting with the Benedictines about 1,500 years ago, that preserved ancient texts and established the model and foundation for universities. We arguably would not have the modern university without monks, at least certainly not when we did.

A place that ought to appreciate the interplay of faith and reason is the alma mater of another editor at The American Spectator, Ellie Gardey. In the fall of 2020, the University of Notre Dame covered up its classic murals of Columbus by Italian artist Luigi Gregori. It was an act of close-minded cowardice by modern progressive iconoclasts (click here for Daily Wire host Michael Knowles’ speech at Notre Dame in protest).

As they set ablaze Judeo-Christian values, progressives instead fashion a molten calf of politically correct nostrums. They denounce “bigots” who oppose transgender bathrooms while they resist the Judeo-Christian teachings that have transformed and redeemed the lives of billions. To them, Columbus is a mere bigot who brought genocide to indigenous peoples.

And so, led by their old man at the White House, they’re tearing down Columbus and his special day.

Well, I propose that we fight to keep old Chris on his pedestal and also erect a national day of memorial to the Western Civilization that he first brought to our shores.

And so, THEREFORE, I, Paul G. Kengor, humble columnist at The American Spectator, do hereby proclaim every second Tuesday in October Western Civ Day. I call upon the people of the United States to observe this day with appropriate ceremonies and activities. Let it begin today.