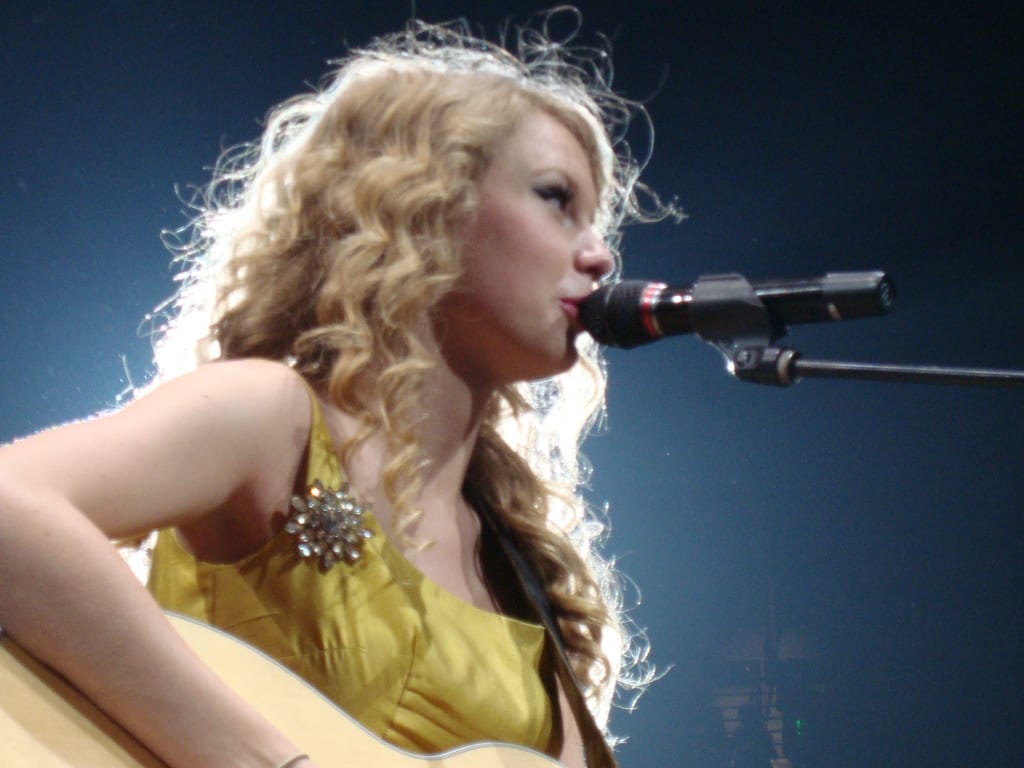 When did Phil Bredesen become a heroic figure in “the fight for LGBTQ rights”? That was the first thought that hit me when I read pop singer Taylor Swift’s endorsement of the Tennessee Democrat’s Senate campaign on her Tumblr fan page. Miss Swift seems to be under the impression that Bredesen, a 74-year-old former governor, is some kind of progressive Trojan Horse. While the Democrat has been trying to paint himself as a common-sense moderate, Miss Swift conveyed to her impressionable young fans the idea that Bredesen is secretly a Social Justice Warrior (SJW) committed to fighting “any form of discrimination based on sexual orientation or gender” and ending the allegedly “terrifying, sickening and prevalent” problem of “systemic racism.”

Are those the themes of Bredesen’s campaign ads in Tennessee? Did I somehow miss the news that the septuagenarian former governor underwent an ideological makeover to become a radical clone of Cory Booker? Or is Miss Swift’s endorsement of Bredesen an ill-considered attempt by the singer to dispel the criticism she received from the Left for avoiding political commentary during the Trump era?

For months, leftists have been hammering Miss Swift for her failure to support Hillary Clinton’s campaign, or to condemn President Trump since his election. Despite being one of the most successful female entertainers in history, Miss Swift was accused of doing feminism wrong. The website Everyday Feminist slammed her in September 2015 with a headline: “5 Ways Taylor Swift Exemplifies White Feminism — And Why That’s a Problem.”

In case you don’t pay attention to trends in “intersectional” Third Wave feminism, there is no betrayal of the cause more heinous than “white feminism.” Miss Swift was denounced as “problematic” for practicing “a feminism that assumes white (cis, straight, able-bodied, thin, middle-to-upper class) women as the default, actively avoiding critical analysis on any axis other than gender.” Miss Swift was guilty of permitting herself to be “sexualized by the male gaze,” Everyday Feminist writer Melissa Fabello complained, adding that the chart-topping singer’s “ivory tower fantasy worlds aren’t doing much to push back against systemic oppression — which, like, is what feminists are supposed to do.” Not only that, but Miss Swift’s video for her song “Wildest Dreams” was condemned as celebrating “the colonization of Africa, through the eyes of the colonizer.” Elsewhere, Miss Swift was branded “the poster child for white feminism” by Vanderbilt University’s Muna Ikedionwu, and derided by Danielle Jenkins for not “challenging the white heteronormative patriarchal system in which we live.”

Never mind the clever tunes and catchy lyrics. In the Age of Wokeness, pop singers are expected to change the world, and Miss Swift wasn’t radical enough to please the Gender Studies crowd. When identity politics and “critical theory” are the raging obsession, what’s a pretty blonde supposed to do? The liberal media dogpiled her with weird headlines: “White Supremacists Call Taylor Swift An Aryan Goddess” (NPR, May 2016) and “It’s Time for Taylor Swift to Denounce Her Neo-Nazi Admirers” (Daily Beast, August 2017). This was crazy, but everything’s gone crazy lately, what with screeching feminist mobs running around the Capitol and trying to claw their way into the Supreme Court.

Evidently desperate to shake off her reputation as being insufficiently concerned with “social justice,” Miss Swift began ostentatiously pandering to the gay crowd. “Hayley Kiyoko, a.k.a. ‘Lesbian Jesus,’ Takes the Stage with Taylor Swift” was the headline on one story in July after Miss Swift’s duet performance in Boston with the openly gay Miss Kiyoko. There has been some tabloid gossip about Miss Swift’s proclivities — she and bisexual model Karlie Kloss were briefly rumored to be an item a few years ago — but Miss Taylor’s publicists have repeatedly denied that she has any personal stake in “the fight for LGBTQ rights.” Instead, the singer’s preferred method of smashing patriarchy is to defame every boyfriend she’s dated and dumped (or been dumped by) over the years.

It’s a wonder that any man would go near Miss Swift, considering that her only interest in men seems to be as fodder for the mean-spirited post-breakup songs she writes about them. Let’s count ’em up: Joe Jonas, Taylor Lautner, John Mayer, Jake Gyllenhaal, Conor Kennedy, Harry Styles, Calvin Harris, Tom Hiddleston — that’s eight ex-boyfriends, a remarkable record of failed relationships for any 28-year-old. She’s “reportedly super-serious” with her latest beau, British actor Joe Alwyn, but he’s probably only a few months from getting the breakup-and-mean-song treatment from Miss Swift. But what does this have to do with politics in Tennessee? Nothing, really, and her endorsement of Bredesen and Democrat Rep. Jim Cooper (who represents Miss Swift’s Nashville district) will probably have no real impact on next month’s midterm elections.

Polls have shown Republican Rep. Marsha Blackburn pulling ahead in the Tennessee Senate race after her first televised debate with Bredesen last month. Blackburn, a feisty eight-term congresswoman, slammed Bredesen as a “bought and paid-for” ally of Democrat Senate leader Chuck Schumer. The carnival of smears Democrats unleashed in their desperate bid to stop Brett Kavanaugh’s nomination to the Supreme Court also played to Blackburn’s advantage. The Republican staunchly defended Kavanaugh while Bredesen waited until Friday — after it was already clear the nominee would win confirmation — before saying he also supported Kavanaugh. When the two candidates debated again Sunday, Blackburn said: “My opponent had a really hard time making his mind up about what he wanted to do on Brett Kavanaugh, and he finally got around to it after it was done.”

Why would Taylor Swift endorse an elderly white guy like Bredesen over a woman like Blackburn? Well, identity politics only matters when it helps Democrats, and Miss Swift declared that Blackburn’s “voting record in Congress appalls and terrifies me.… She believes businesses have a right to refuse service to gay couples. She also believes they should not have the right to marry.”

Oh, dear! Voting for the Republican might take us back to those dreadful Dark Ages of … well, 2015, before the Supreme Court’s Obergefell decision imposed same-sex marriage nationwide. In 2006, a state constitutional amendment defining marriage as the union of one man and one woman got 81 percent of the vote in Tennessee. And what did Phil Bredesen do? He declared his intent to vote for the amendment. “The only question is whether it passes by 85 percent or 95 percent,” Bredesen said in 2006, the same year he won re-election as governor by a landslide. So much for the Democrat’s status as a champion in “the fight for LGBTQ rights.” Miss Swift’s show-biz friends might despise Tennessee as a haven of homophobic hatred, but folks there tend to prefer local self-government, rather than being bossed around by a bunch of bureaucrats in Washington.

Will the independent-minded citizens of the Volunteer State let Taylor Swift tell them how to vote? I don’t think so. Besides, she’s just a carpetbagging Yankee from Pennsylvania, you know.