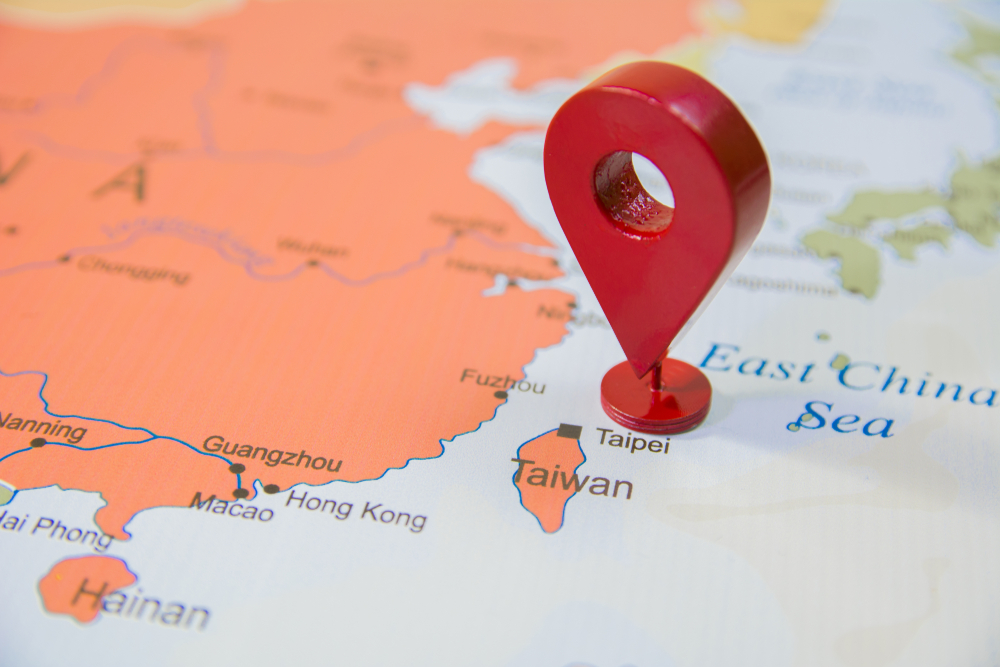 The Associated Press reported recently that Taiwan’s foreign minister Joseph Wu said if the island is attacked by China it will defend itself “to the very last day.” The foreign minister was reacting to China’s flying of 10 warplanes into Taiwan’s air defense zone on April 5 and the deployment of a Chinese aircraft carrier group for “exercises” near the island.

“We are willing to defend ourselves, that’s without any question,” Wu said. “We will fight a war if we need to fight a war.” Meanwhile, U.S. Admiral Philip Davidson, who is the senior U.S. commander in the region, told a Senate panel that the risks of a Sino–U.S. war over Taiwan “are actually going up.” And a Chinese defense official cautioned the U.S. against using Taiwan “to seek to restrain China.”

If China gains political control of Taiwan, the crucial island chain barrier will be breached.

China’s aggressive behavior is a continuation of its attempt to make the South China Sea and other nearby seas a Chinese lake. This is China’s version of the Monroe Doctrine as the U.S. has applied it to the Caribbean Basin in the Western hemisphere.

In the late 1950s, American political geographer Hans Weigert in the book Principles of Political Geography included a revealing map of East Asia, its adjacent seas, and the series of island chains that extend from the Aleutians to Borneo. Those island chains — from which China can be contained — are anchored by Taiwan. If China gains political control of Taiwan, the crucial island chain barrier will be breached.

In the 1950s, James Burnham, one of the most perceptive observers of international relations, wrote that Taiwan is “a key link in our [America’s] western frontier, which runs from the Aleutians down the Japanese Islands, the Ryukyus and Formosa [as Taiwan was then called] to the Philippines.” Taiwan’s abandonment to China, Burnham wrote, “would be a staggering disaster for the U.S.”

More recently, James Loomis of the Stimson Center wrote that it was “essential that the United States maintain Taiwanese independence” because “Taiwan represents a lynchpin of America’s Indo-Pacific security strategy, and increasingly, its overall strategy to contain China’s hegemonic ambitions.” Loomis called Taiwan the “crown jewel” of the First Island Chain and urged U.S. policymakers to strengthen the American public’s “commitment to defending Taiwan.” He called on the Biden administration to build upon President Trump’s policy reorientation “towards great power competition” with China.

America’s most important Asian ally, Japan, is apparently ready to join in this effort. Nikkei Asia reported on March 21 that “Japanese and U.S. defense chiefs have agreed in their recent meeting in Tokyo to closely cooperate in the event of a military clash between China and Taiwan.” Japan’s Defense Minister Nobuo Kishi said that China’s recent war exercises near and above Taiwan meant that Japan’s Self-Defense Forces (SDF) need to “cooperate with U.S. forces defending Taiwan in the event of China’s aggression,” as the report summarized. The South China Morning Post reports that Tokyo is considering using the SDF to “protect U.S. warships and planes defending Taiwan” in the event of a Chinese attack. And China’s state-controlled media recently warned Japan that it would suffer “grave consequences” if it sides with the U.S. over Taiwan. It may be worth recalling that early in the Cold War, the Eisenhower administration threatened nuclear war during the Quemoy and Matsu crisis to defend Taiwan against a Chinese invasion. And during heightened tensions caused by China’s attempt to militarily intimidate voters on Taiwan in the mid-1990s by holding military exercises and firing missiles close to the island, the Clinton administration deployed a carrier battle group near Taiwan.

Taiwan’s importance transcends geography. In an article written 20 years ago in Strategic Review, this author compared Taiwan to West Berlin during the Cold War:

Chinese pressure against Taiwan is reminiscent of Soviet attempts to pressure West Berlin into submission in 1948-49 … West Berlin was then a tiny island of freedom surrounded by the Soviet-controlled sector of Germany … Taiwan is an island of freedom offshore the communist-controlled mainland…. The crisis in West Berlin was an early test of how the U.S. would respond to the rising power of Soviet Russia. The crisis in the Taiwan Strait is an early test of how the U.S. will respond to the rising … power of the PRC. The defense and survival of West Berlin … proved to the Europeans and the Soviets that the United States had the means and the will to counter Soviet aggression. West Berlin became a symbol of freedom that over time helped to undermine … Soviet-communist rule in Central and Eastern Europe and in Russia…. Taiwan could become the West Berlin of Asia — the island of freedom that over time helps to undermine communist rule in mainland China.

Those words are even more relevant today.

In 1972, the U.S. and communist China issued the Shanghai Communiqué, which weakened U.S. ties to Taiwan for strategic reasons. Then, President Nixon wisely exploited the growing Sino–Soviet rift, and China became a de facto ally in containing the Soviet Union. The enemy of my enemy is my friend. Once the Soviet empire collapsed, the strategic logic of the Communiqué ended, but successive U.S. administrations acted as if it didn’t. As China’s rise accelerated in the 21st century, the U.S. slowly strengthened its ties to Taiwan without abandoning the substance of the Communiqué.

But even when China was our de facto ally against the Soviet Union, Congress passed the Taiwan Relations Act (1979), which provides that “It is the policy of the United States … to consider any effort to determine the future of Taiwan by other than peaceful means … a threat to the security of the Western Pacific area and of grave concern to the United States.” That act also allowed the U.S. to provide “defensive” arms to Taiwan and “to maintain the capacity of the United States to resist any resort to force or other forms of coercion that would jeopardize the security, or the social or economic system, of the people of Taiwan.”

We are in a Cold War with Communist China. It is high time to once and for all abandon the Shanghai Communiqué and make it unmistakably clear to China that we will defend Taiwan if China attacks.