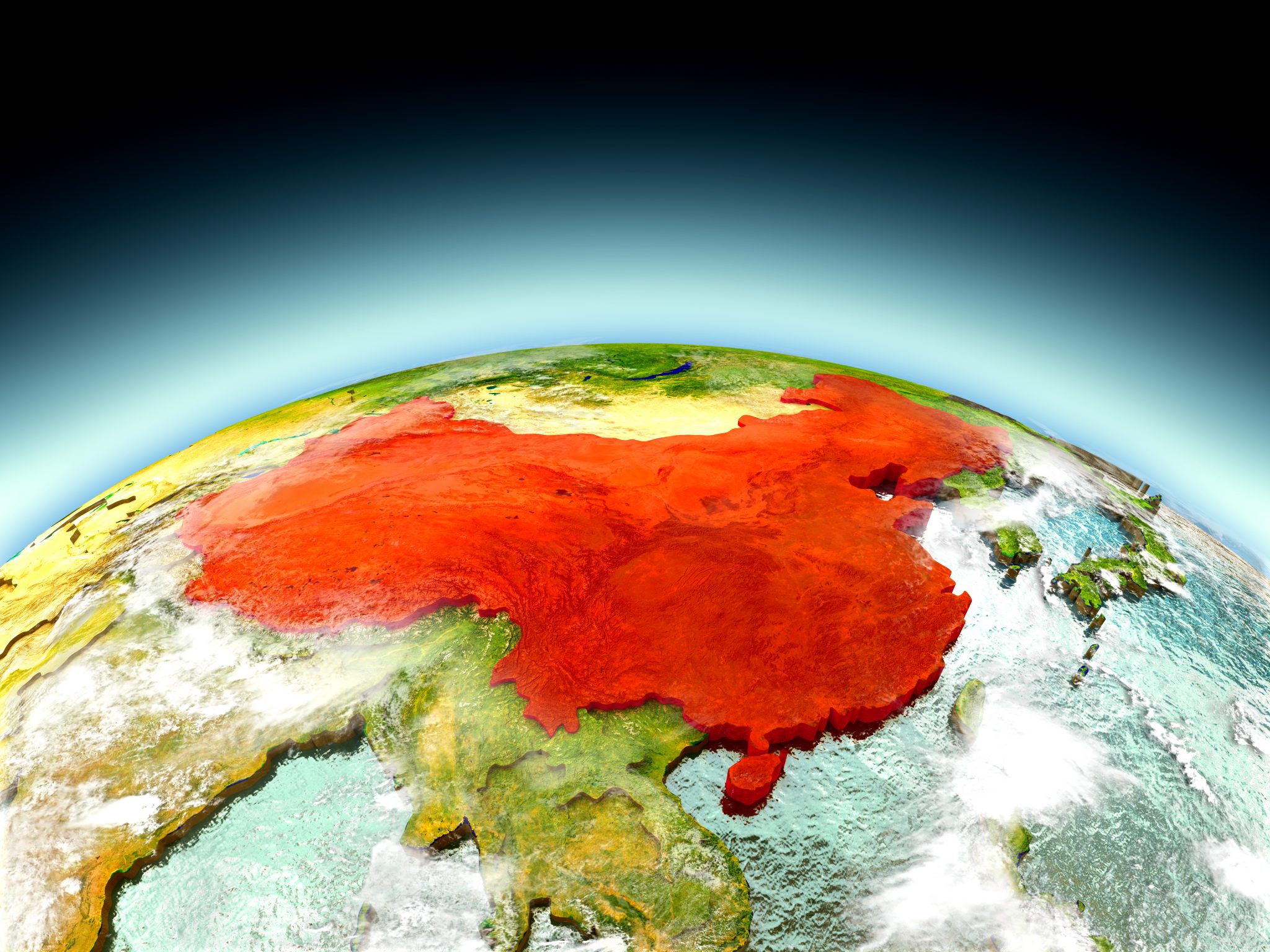 In August 2020, after U.S. Health Secretary Alex Azar visited Taiwan, Chinese fighter jets crossed the median line of the Taiwan Strait, which brought a response from Taiwan’s U.S.-supplied air force. In late September, China simultaneously held five military exercises along its coast: in the South China Sea, the East China Sea, the Bohai Sea, and the Yellow Sea. Tensions in the Taiwan Strait are high, with U.S. warships repeatedly demonstrating the right of free passage in waters that China claims as its own, according to the so-called nine-dash line.

Meanwhile, China and Russia continue to grow closer. Presidents Xi Jinping and Vladimir Putin, writes George Washington University professor Robert Sutter, “spend more time together than any other two world leaders.” China and Russia have increased science and technology cooperation through the auspices of Huawei, China’s massive communications and technology company. In October, Putin publicly suggested that a Sino-Russian military alliance was “quite possible.” China and Russia have held joint naval exercises with South Africa and in the Gulf of Oman with Iran, and both navies have gradually increased their presence in the Indian Ocean.  The Global Times, a mouthpiece for the CCP, recently touted the strengthening Sino-Russian strategic ties meant to send a strong signal to the United States. In December, Chinese and Russian air forces held a joint exercise in the Sea of Japan, the East China Sea, and the Miyako Strait east of Taiwan and close to Okinawa.

The United States, meanwhile, has strengthened its alliances with Japan, South Korea, and Australia, while reaching out for new allies in India and Vietnam. During the past four years, President Trump put meat on the bones of what under his predecessor was little more than a rhetorical “pivot” to Asia. Some American strategists warn that China’s rise and its challenge to America’s global leadership risks triggering the “Thucydides Trap” — war between a rising power and the existing world leader.

What kind of threat does China’s rise pose to the United States? Some observers call China an economic competitor. Others point to China’s growing military power, especially, as noted above, in the Indian Ocean and South China Sea. Some strategists say China has been using “information warfare” to spread disinformation throughout the world. Still others contend that China is using “soft power” to gain goodwill throughout Central Asia, Africa, and Europe. And many observers still believe that the United States should continue to engage China in areas where we supposedly have common interests, like climate change, trade, scientific exchanges, and international terrorism.

In truth, China’s threat is fundamentally no different from previous threats to the global balance of power that emanated from the great Eurasian landmass. Since at least the early 19th century, the world has suffered through repeated attempts by Eurasian-based powers to attain global hegemony: Napoleonic France, Wilhelmine Germany, Nazi Germany, and most recently the Soviet Union.

A proper assessment of China’s threat begins with geography. Classical geopolitical theorists, such as Britain’s Sir Halford Mackinder and James Fairgrieve, and America’s Alfred Thayer Mahan and Nicholas Spykman, recognized that the Eurasian landmass was the dominant land feature of the globe. It contains most of the world’s people and resources. Compared to Eurasia, all the world’s other landmasses are offshore and distant islands or, in the case of Africa, an extension of the great continent. China’s BRI is aimed at nothing less than hegemony in Eurasia.

Eurasia is also geopolitically divided between what Mackinder and Fairgrieve called the Heartland or “pivot” region — the mostly landlocked north-central inner core of the continent — and what Spykman called the Rimland — the great arc extending from East Asia to Scandinavia that has access to the sea. Mackinder believed that geography, technology, and modern means of communication favored the Heartland in the struggle for Eurasian preeminence, while Spykman viewed the Rimland as potentially controlling “the destinies of the world.”

Eurasia and the world’s other landmasses are situated in what Mackinder called the “World Ocean.” The oceans and seas are the global highways that connect Eurasia with the rest of the world. The sea, Mahan explained, is the “wide common” on which much of the world’s goods and resources travel. Mahan believed that command of the seas was the key to global preeminence, enabling smaller insular powers such as Britain and the United States to offset the power or powers situated in Eurasia. But the preeminence of the sea powers was dependent on what Zbigniew Brzezinski called the “geopolitical pluralism” of Eurasia. In other words, British and American security required the existence of multiple power centers in Eurasia. Without that geopolitical pluralism, a Eurasian power or an alliance of powers could use the resources of the great continent to construct superior naval power that could overwhelm the insular powers of Britain and the United States.

In the 21st century, this geographical setting includes air, space, and cyber power, which have made the globe geopolitically “smaller” and enabled competing nations to strike each other from afar. The geography hasn’t changed, but its strategic meaning has to some extent. In addition, power on the Eurasian landmass has since the end of the Second World War shifted east. Prior to World War II, the threats to the global balance of power emerged from the Rimland. From 1945 to 1989–91, the threat emanated from the Heartland. Today, the threat from China touches both Heartland and Rimland, especially if China’s naval power continues to grow and the current Sino-Russian strategic relationship continues and intensifies.

Both Robert D. Kaplan and Daniel Yergin, whose writings are in the tradition of Mackinder, Spykman, and Mahan, have issued thoughtful warnings about the geopolitics of Eurasia. Kaplan, in a geopolitical masterpiece titled “The Return of Marco Polo’s World,” which was originally written a few years ago for the Pentagon’s Office of Net Assessment, noted China’s ambitious efforts “to build a land bridge across Central and West Asia to Europe, and a maritime network across the Indian Ocean from East Asia to the Middle East.” That is the geopolitical essence of the Belt and Road Initiative. Russia, meanwhile, views “the Greater Middle East and Central-Eastern Europe” as its sphere of influence. Both China and Russia, he writes, “have influence of increasing imperial dimensions” and are “Eurasia’s principal hinge states.”

Yergin in his new book The New Map, a brilliant analysis of the interrelationship of energy resources and geopolitics, warns about the “strategic partnership between Russia and China” in the context of China’s “advance into Central Asia.” The Sino-Russian partnership reflects the two Eurasian giants’ shared interests in commercial relations and geopolitical opposition to the United States. Yergin describes it as an updated version of the old Sino-Soviet bloc of the early 1950s, with China as the leading power and without the ideological baggage that led to their political split in the late 1950s to early 1960s.

Kaplan, echoing Mahan and Spykman, urges the United States to use sea power and its sea power allies — Britain, India, Australia, Japan — to strategically envelop the Eurasian Rimland. “Here,” Kaplan writes, “is where the ideas of Alfred Thayer Mahan meet those of Halford Mackinder.” It was Mackinder, after all, who wrote in Britain and the British Seas that the “unity of the ocean is the simple physical fact underlying the dominant value of sea-power in the modern globe-wide world.”

Long ago, Mackinder, Mahan, and Spykman all recognized that China — given its size, resources, population, and geographic location — could and likely would become a Eurasian than a global power. In 1904, Mackinder expressed concern that China with its long eastern coast and in effective control of the Heartland would “add an oceanic frontage to the resources of the great continent and thereby combine land and sea power.” Three years earlier, Mahan in The Problem of Asia worried that “the vast mass of China” could become the dominant Asian power. And in 1944 in The Geography of the Peace, Spykman envisioned China emerging from the Second World War as a global power.

But geography alone does not tell the whole story. As Mackinder wrote in 1904, “The actual balance of political power at any given time is . . the product … of geographical conditions, both economic and strategic, and … of the relative number, virility, equipment, and organization of the competing peoples.”

Today’s U.S.–China relationship involves a multifaceted competition — economic, military, diplomatic, strategic — that takes place in a geographic context. As recent events demonstrate, the competition cannot be wished away and is intensifying almost daily. The stakes are great — nothing less than global leadership. To win this competition, the United States needs to play to its strong suit — naval power, alliances, diplomacy, the cause of freedom, and steadfastness in a “long twilight struggle.”

Faced with a similar challenge from the Soviet Union more than 70 years ago, the diplomat and historian George F. Kennan wrote that the American people “will experience a certain gratitude to a Providence” for providing an “implacable challenge” that will force them to pull themselves together and accept “the responsibilities of moral and political leadership that history plainly intended them to bear.”

Francis P. Sempa is the author of Geopolitics: From the Cold War to the 21st Century and America’s Global Role. His work has appeared in Strategic Review, the Diplomat, Joint Force Quarterly, the Claremont Review of Books, the Asian Review of Books, the South China Morning Post, the National Interest, and other publications.