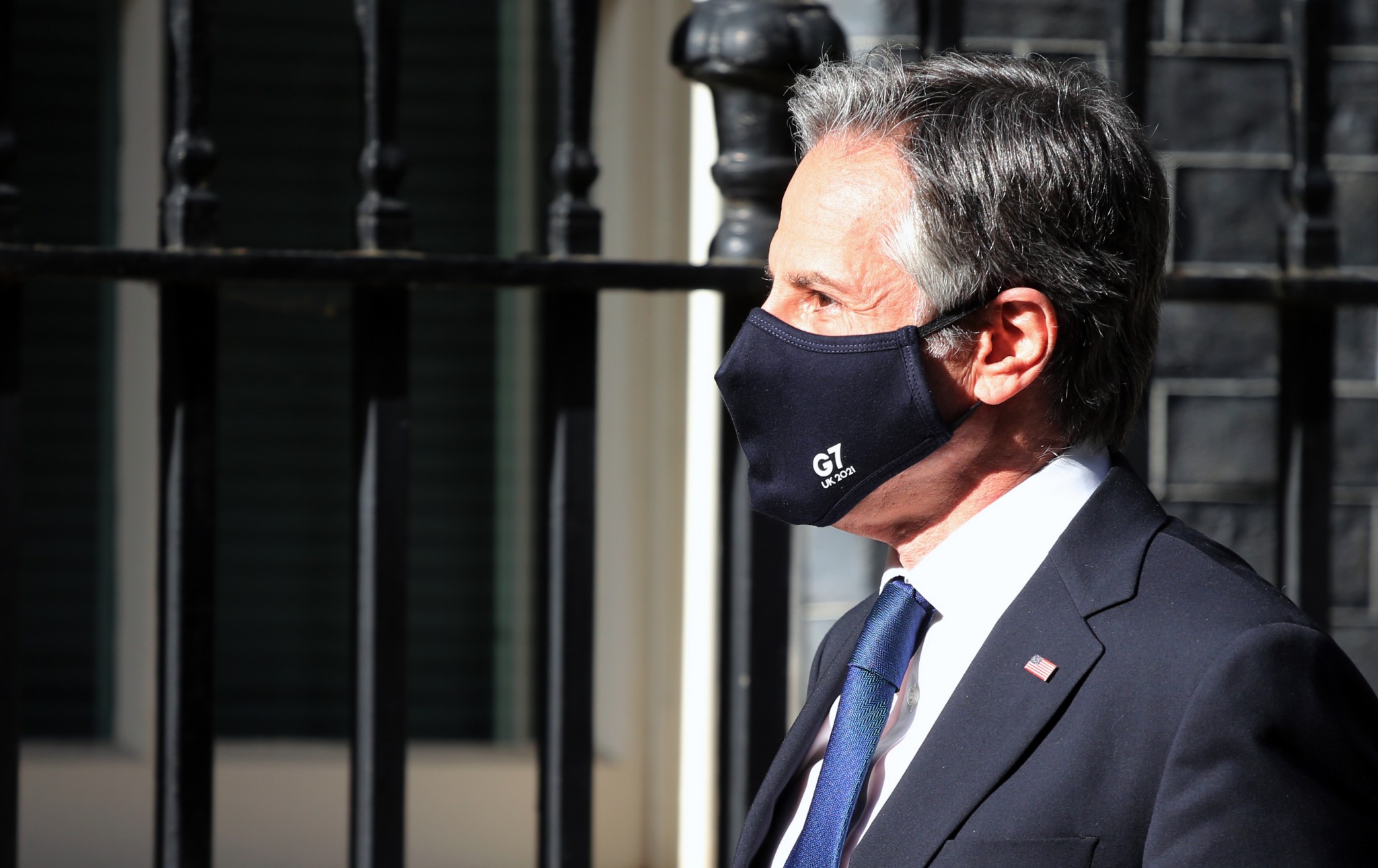 The State Department motto, “Diplomacy In Action,” has always seemed vainglorious, and after seven months of Joe Biden at the helm, a rebranding seems in order. In light of the amateurish job it played in evacuating Afghanistan, a more accurate motto might be “Leave Some Behind” or “Two out of Three Ain’t Bad.” Better still, one minor adjustment to the current motto describes the new Foggy Bottom: “Diplomacy Inaction.”

Inaction has been State’s modus operandi from day one of Antony Blinken’s tenure as Secretary of State. This was evident in the March 18 meeting in Alaska when the diplomats from China lectured him and his team on race relations. Blinken and National Security Advisor Jake Sullivan just sat there and took it like fraternity pledges enduring their perfunctory abuse. “Thank you sir, may I have another?” It was a hint of the diplomacy inaction to come.

On August 30, after Biden’s Department of Defense gave up the ghost in Afghanistan, CENTCOM Commander General Kenneth F. McKenzie handed off responsibility for the mess to the State Department, whereupon Blinken announced that, “A new chapter of America’s engagement with Afghanistan has begun. It’s one in which we lead with our diplomacy. The military mission is over. A new diplomatic mission has begun.”

In his fairly short self-congratulatory speech, Blinken referenced “diplomats” and “diplomacy” some 14 times, singling out three for special praise (Brian McKeon, Ross Wilson, and Wendy Sherman). It was tantamount to spiking the football on the 10 yard line, and it foreshadowed the coming plan not only for Afghanistan but for the entire Middle East and beyond. And the plan is a bad one — all carrots and no sticks, optics without substance.

Watching Biden’s foreign policy team is reminiscent of watching the videos from last summer where hapless employees inside a store implore looters and rioters to pass them by. “We’re on your side,” some whined, while others assured their tormentors, “But we’re with you.” It didn’t matter to the vandals and thieves last summer, and it doesn’t matter to the Taliban or Iran now. Cozying up to our enemies will not turn them into allies.

And what has all this obsequious diplomacy gotten us in return? In spite of (or perhaps because of) all its diplomacy, Blinken’s team has earned zero respect from the Taliban. When the State Department advised one American citizen trying to flee Afghanistan to make his way to the Interior Ministry in Kabul, he arrived only to find Taliban fighters guarding the building. After  he explained his situation, they responded, “Go and tell the State Department to f—k themselves.”

With thousands stranded behind Taliban lines, Afghanistan remains the most pressing issue facing Biden’s diplomats. Private companies and charities are in action — chartering jets and hiring former Special Forces military veterans for security as they evacuate people left behind while the State Department remains on the sidelines — diplomacy inaction.

Biden’s one card left to play is formal recognition of the Taliban government, and it’s already begun. In his September 13 testimony to Congress, Blinken responded to a question from Rep. Adam Kinzinger as though the Taliban government was a fait accompli and had no response to the congressman’s questions about treating the Taliban like a military coup and establishing the Ghani government-in-exile. It was as though Blinken was hearing the idea for the first time.

If the role it played in stranding Americans in Afghanistan is any indication of what we can expect from the State Department now that the peace processors are back in charge, our entire foreign policy is going to suffer, especially in the Middle East.

Biden’s soft touch is already evident in Syria and Lebanon, where diplomatic overtures are underway to ease sanctions against the murderous Assad regime in order to extend a lifeline to Lebanon’s crumbling economy. White House coordinator for the Middle East and North Africa, Brett McGurk, is attempting to waive parts of the Caesar Act (designed to punish the murderer Assad) in order to build a gas line from Egypt through Syria into Lebanon.

Sixteen days after his inauguration, Biden removed Iran’s Houthi proxies from the State Department’s Foreign Terrorist Organization list. Two days later, after the Houthis launched missiles into Saudi Arabia, the State Department demanded that they “immediately cease attacks impacting civilian areas inside Saudi Arabia and to halt any new military offensives inside Yemen.” In August after the Houthis launched more missiles into Saudi Arabia, Blinken was diplomatically patient: “We again call on the Houthis to uphold a ceasefire and engage in negotiations.” Several days later after yet more missiles, Blinken warned, “This is completely unacceptable. . . . The Houthis must begin working toward a peaceful diplomatic solution.” Perhaps after the next round of missiles fly into Saudi Arabia, our Dean Wormer of diplomacy will put the Houthis on “double secret probation.”

When it comes to Israel, we should expect to see less diplomatic attention paid to Palestinian militants and more to pressing Israel to make more concessions. Already Biden has performed an about-face on the Taylor Force Act and resumed aid to the Palestinian Authority in spite of the PA’s funding the families of suicide bombers. Perhaps another premature push for a state of “Palestine” is in order — Oslo II.

Biden’s team has been dismissive of the Abraham Accords from the moment he took office. He may not actually push to overturn U.S. involvement, but his State Department will do nothing to advance the Accords.

What about Turkey? Will Biden’s diplomats press Erdogan to stop buying Russian S-400 anti-aircraft missiles? Will they push Turkey to act more like a NATO member and less like a rogue Islamist nation? Will they decline any of Erdogan’s requests? Fethullah Gülen better watch his back. Ditto for the Kurds.

Iran policy is where the State Department is likely to do the most damage, rushing to re-negotiate Obama’s nuclear deal and treating Iran’s newest president (a mass-murderer) like a diplomat. With Robert Malley as the State Department’s special envoy to Iran, new gifts surely await the Ayatollah in JCPOA II.

The Biden presidency makes one long for the rough and tumble days of the Obama era when Secretary of State John Kerry might muster up enough spine to prepare a harshly worded démarche to an enemy or at least a haughty speech. When Kerry went to China last week to implore the Communist Party leadership to be “greener” and stop burning so much coal, they wouldn’t even meet with him face-to-face (but they met face-to-face to welcome the Taliban back into power).

How bad can this get? If the current Biden/Blinken policies continue, we will soon face a nuclear Iran, a reconstituted Al-Qaeda in Afghanistan, and ISIS back in control of large swaths of land. The ultimate shame will come when we are forced to witness the Cavemen from Kandahar and the Haqqani Hillbillies giving speeches at the United Nations, lecturing us on imperialism, and demanding a seat on the Human Rights Council.