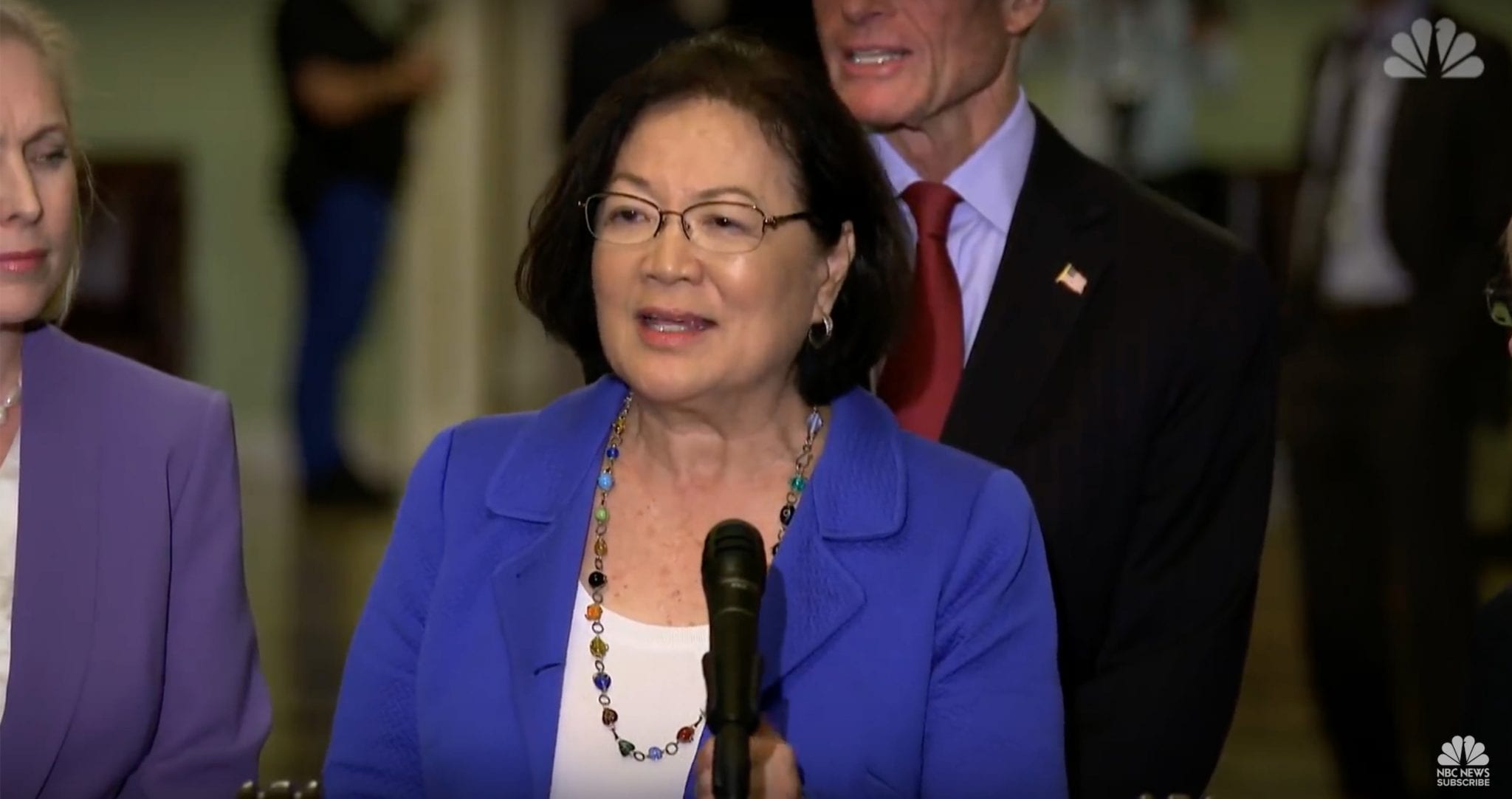 Eighty years ago, “Me Too” described Republicans eager to publicly second the policies of Franklin Roosevelt, a feeling so pervasive that the party nominated for president in 1940 a man who a few months earlier registered as a Democrat. “Me-Too Republican” generally conjured up not opportunists but an oversocialized character longing for approval from his Democratic neighbors and colleagues but clinging, perhaps out of family tradition or some other cause that also spoke to his desire to fit in, to the GOP label.

The phrase now refers to something different. But the conformity and reflexive support that characterized that Me Too endures in this #MeToo. Me Toos “me too,” too, after all.

The movement that took down television hosts, movie moguls, and politicians sets its sights on a Supreme Court nominee. The assault on Brett Kavanaugh’s character serves as a perfect storm for feminist ideologues, whose fervor for taking down famous men morphs with its cardinal, excommunicable article of faith, abortion as sacrosanct.

Prominent Democratic politicians insist that decent people must believe the allegations against Kavanaugh by Christine Blasey Ford, a woman who refuses invitations to testify under oath, whose story conflicts with that of the man she names as an eyewitness and the notes taken by her therapist, who cannot pinpoint the approximate date or precise location of the alleged assault, and whose history of supporting ActBlue and other left-wing causes indicates a possible motive to take down the president’s pick.

Her story seems suspect. But if you express something short of belief, many see you as suspect.

“You have the right to be believed,” Hillary Clinton remarked.

Tituba, reached by The American Spectator through necromancy, heartily agreed.

Others, accused not of any untoward behavior toward women but of insufficient vengeance toward the men accused of such behavior, suffer professionally.

Last week, The Tonight Show disinvited Norm Macdonald from inside NBC’s studios shortly before a scheduled appearance. While the comedian faces no accusations of misbehavior involving women, he called himself “happy” the “#MeToo movement has slowed down a little bit.” The reaction to his opinion validated his opinion; NBC’s eagerness to remove from its airwaves a comic it removed from its airwaves for ridiculing O.J. Simpson too aggressively more than two decades ago simultaneously rebutted the notion underlying that opinion, i.e., #MeToo took its foot off the gas.

“It is rather ironic: as editor of the New York Review of Books I published a theme issue about #MeToo offenders who had not been convicted in a court of law but by social media,” Buruma told a Dutch publication. “And now I myself am publicly pilloried.”

He explains that university presses that advertise in the magazine threatened a boycott, which forced his resignation. When publishers, and ones who operate on campus at that, wield the pitchforks and torches it is later than you think.

The embarrassing nature of sexual harassment and assault, and the often he said-she said quality that goes with that, makes the reluctance to come forward understandable. This warrants tolerance for the alleged victims — not stripping the accused of their rights. Due process, the presumption of innocence, the right to confront your accuser, statutes of limitations, witnesses speaking under the penalty of perjury, and other established rules of fairness appear as enemies to the #MeToo movement. Freedom of speech, essential to both comedians and writers, comes under fire in the cases of Macdonald, Buruma, and others. This seems un-American. It helps explain why Macdonald and other sensible, humane people wish for this #MeToo to go the way of that Me Too. Cannot we abolish the casting couch and frighten entitled men into civilized behavior without also renouncing our rights?

Many revolutions that correct some harm create unforeseen harms. #MeToo, which deserves credit for reorienting the behavior of powerful men who validated Lord Action’s axiom, long ago morphed into its Reign of Terror stage. Can a writer hope for Thermidor without fear of losing his job?