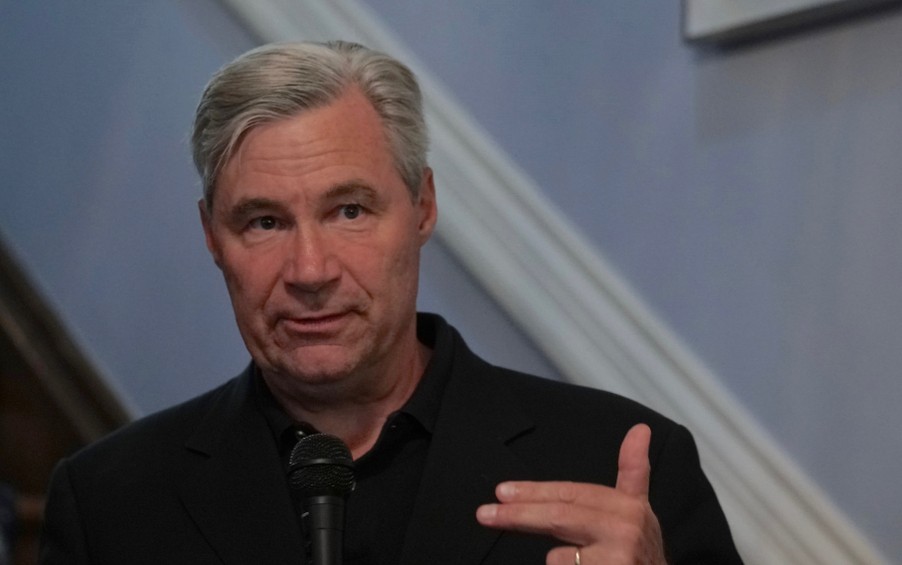 This is not surprising.

White guilt, the driver of the political moment, may be predicated on the real guilt of liberal white people. Maybe they should feel guilty. Guilt is feeling bad for doing something one knows is wrong. Perhaps they feel guilty because they’re members of a beach club that excludes people that don’t look like them (to borrow their parlance).

The same folks who enjoy their beach time exclusively with white people will wear a mask to a Black Lives Matter rally, take a knee, and beg forgiveness for their sins. They will not leave their exclusive neighborhoods, jobs, schools, or beach clubs, but they’ll receive absolution because they’re “allies.” They’ll put up signs in their business windows in solidarity and everyone will go about their business knowing that not one thing has changed.

This empty moral preening would be a minor annoyance if these racist elitists didn’t insist that everyone play along with their charade. But since all of America is in the grip of critical race theory, the 1619 Project, Black Lives Matter violence, and corruption in district attorney’s offices, and a two-tiered system of justice created by the DoJ, Americans must pay attention. White liberals are ruining America and infecting the polity with their racism and their racist solutions to their own racism.

Sheldon Whitehouse won’t resign from his membership at the all-white beach club. Nor will his white liberal compatriots. (Wouldn’t you like to see its membership list?) They will continue their chummy clubbiness. To salve their guilt, they will insist upon new rules in their private schools, in the armed forces, in the government, and in public schools where their children don’t even attend. Most of all, they’ll seek to deplatform anyone who disagrees with their politics.

The threat of the accusation of racism is enough for individuals and corporations to panic and submit to the tyranny of leftist politics. If any elected Republican were a member at an all-white beach club — oh, who am I kidding? Elected Republicans know better. They wouldn’t be part of a racist all-white beach club because they’d know their political careers would be over. Democrats, on the other hand, know that their behavior doesn’t matter. It’s impossible to be a hypocrite when one doesn’t really believe in anything but power for power’s sake. When that’s the standard, any and all behavior is acceptable to the cause. That’s where Democrats currently sit. Their motto: By any means necessary.

What does that mean for normal Americans of all colors? Stop being cowed by the Left. That’s it. Do not buckle when they call names and threaten. Stand firm.

Last week, CNN welcomed back to its network disgraced legal commentator Jeffrey Toobin. Toobin was put on leave — not fired, mind you, put on leave — for masturbating on a Zoom call with colleagues who saw him in action. Does any person reading this believe that she or he would still have a job after being so, ahem, exposed? No. It’s antisocial behavior and would be treated as such. Any person of any character would move, hide, never to be seen again. But not elitist CNN commentators. They are above the rules of normal social interaction. The rules don’t apply to them.

The legacy media fancies themselves as moral arbiters — they of the “hands up, don’t shoot” grandstanding, the accusations against innocent high schoolers attending pro-life rallies, and, of course, the whole Russia-collusion hoax. This group shut down any discussion of the Wuhan lab leak theory when it was the obvious explanation for the origin of COVID-19. They participated in the loss of lives by demonizing a medical treatment for COVID because the president at the time, Donald Trump, mentioned that it might be helpful.

These are not morally good people. They’re wholly in the grips of political opportunism. They don’t believe their own woke words, and they certainly don’t abide by them in real life.

Leftist politicians will enjoy the beach at an all-white club while insisting that you infect the minds of your children with self-loathing racialism disguised as enlightenment. The media will cover for and defend them. Their outrage at Jan. 6 protesters or any of their other hobgoblins are pure psychological projection. They accept racists and public masturbators as leaders because in their cynical worldview, they believe all people are as depraved as them. They’re wrong.

Don’t accept their implicit, and explicit, accusations. They don’t believe their own rhetoric and certainly don’t live by any of it. Their outrage is theater. Their goal is power. Deprive them of an audience and ignore them.

America is not the racist, bigoted, hypocritical hellscape that leftists seem to believe it is. Their networks and clubs are, though.