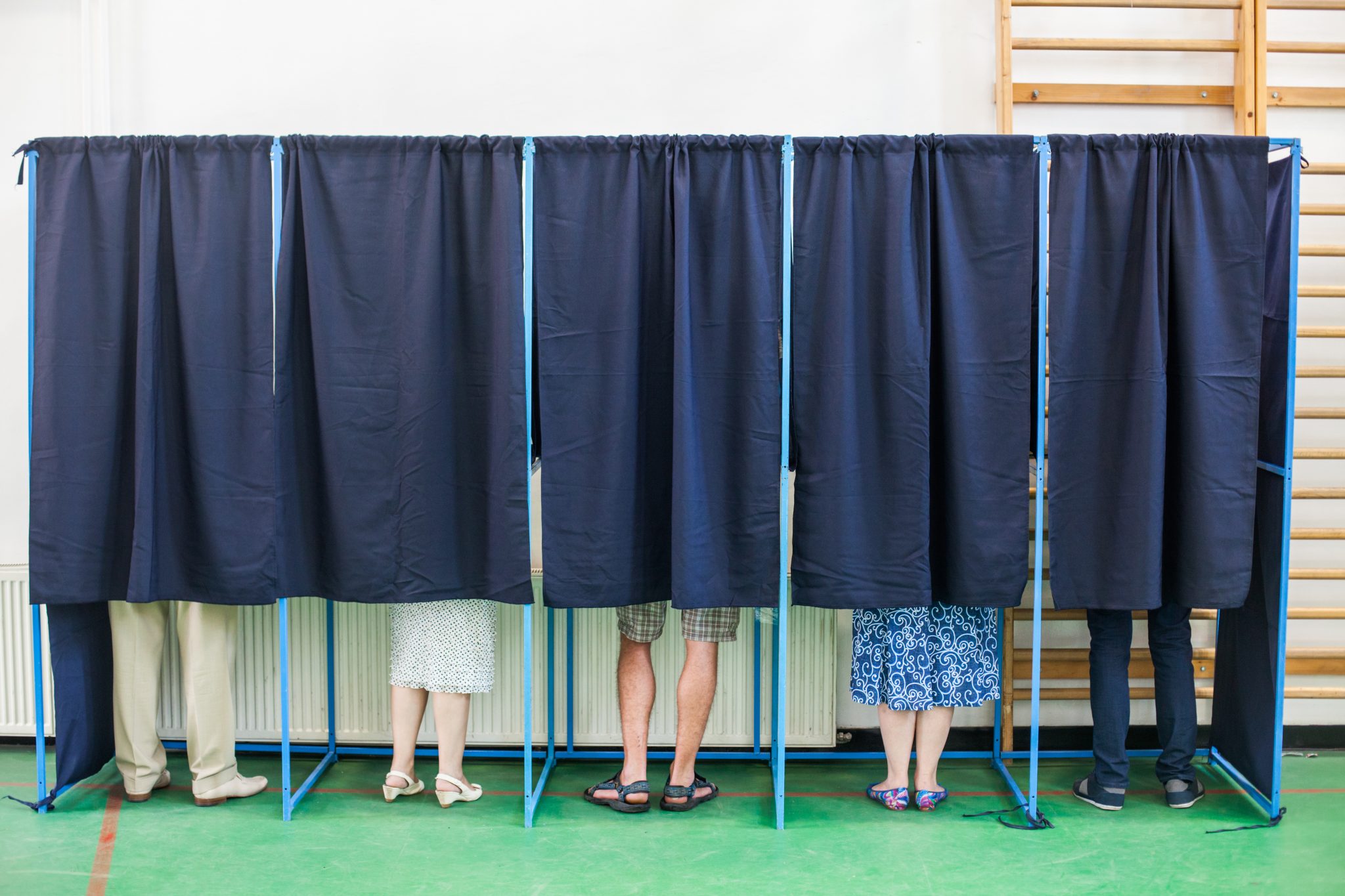 More Politics
Sign Up to receive Our Latest Updates!
Register
Hot Off
The Press
At Large
Rodrigo Duterte’s COVID Dictatorship
by Doug MacArthur
Space Race
What’s Next After the Mars Landing
by Mike Howard
Another Perspective
Why Biden Is Wrong on Saudi Arabia
by Steve Postal
Loose Canons
Biden Buddies Up to Iran and Afghanistan
by Jed Babbin
Media Matters
It’s the End of the Ride
by Debra J. Saunders

Americans take for granted that, when we step into the voting booth and cast our ballots, the choices we make will remain secret unless we voluntarily reveal them. Moreover, regardless of ideological bent, very few voters would approve of any attempt to lift that veil of privacy from the process. Yet the secret ballot was essentially unheard of in the United States until the mid-19th century, and it wasn’t adopted throughout the country until the 1890s. Before then, elections were conducted by voice or by color-coded tickets. The “shy Trump voter” could never survive in such an electoral environment. Thus, it’s unlikely that Trump could have been elected in 2016.

The primary value of the secret ballot is that it enables us to lie about which buttons we actually push when we step into that voting booth. Millions of voters have long since learned to conceal their political views from friends, family members, and co-workers to avoid unnecessary strain on important relationships. Since 2016, coming out as a conservative or a Republican can cause family rifts, social ostracism, and even problems at work. Admitting that one is actually a Trump voter can literally lead to a physical assault. Inevitably, the secret ballot has come under attack from the Left. Shortly after Trump was elected, the Washington Post published the following:

While the benefits of the secret ballot seem increasingly paltry, the new dangers that it poses may have begun to outweigh its merits. One of the most alarming things about the recent elections is the fact that a large number of voters apparently lied, not only to pollsters but to their families and friends, about supporting Trump.… Voicing your opinion publicly was, until the advent of the secret ballot, an integral and natural part of political life. Visibility led to accountability, and everyone knew where you stood on the issues, if only because you often had to actually stand behind them.

Note that the author of this creepy piece lists “accountability” as a benefit of eliminating the secret ballot. Accountability is, however, a very elastic term. The Democrats certainly held Black voters “accountable” if they attempted to vote during the Jim Crow era — and this was by no means limited to the deep South. As the Post itself reports, “Delaware passed and enforced Jim Crow laws to deny the rights of African-American citizens for much of the 20th century.” In our era, “accountability” might mean Trump supporters receiving threatening letters. Perhaps “accountability” means physically attacking the participants of a #JewsForTrump rally in New York City.

The Washington Post is hardly alone in its crusade against the secret ballot. The Atlantic published a bizarre effusion titled “Abolish the Secret Ballot,” whose author suggests that another “benefit” of eliminating the secret ballot would be increased voter turnout. To arrive at this conclusion he deploys the hoary post hoc fallacy. After the adoption of the secret ballot, we are told, voter participation dropped “from nearly 80 percent of the eligible population in 1896 — which had been typical for the era — to 65 percent eight years later.” The article offers no evidence connecting this decline to secret ballots, but it contains a comment that will likely make your skin crawl:

What actually works is mimicking some part of the 19th century’s surveillance culture. The most effective tool for turning nonvoters into voters — 10 times better than the typical piece of pre-election mail, according to a 2006 Michigan experiment — is a threat to send neighbors evidence of one’s apathy.… By introducing shame into the calculus of citizenship, the researchers behind these tests increased the psychological cost of not voting. In so doing, they restored the sense — sadly lost for a century — that voting ought to be not a personal act but a social one.

This notion that voting should be a “social” rather than a “personal” act is a perennial progressive refrain. They insist that elections should be a kind of public celebration of democracy during which we salute the political diversity of our families, friends, and neighbors. That isn’t how it would work, of course. “Open voting” would instead provide countless new opportunities for “introducing shame into the calculus of citizenship,” and its primary targets would be voters who dare to cast ballots for the “wrong” candidates. This kind of social coercion was commonplace before the advent of the secret ballot, and it is one of the best arguments for preserving it.

All of which brings us to the greatest current threat to ballot secrecy — voting by mail. By definition mail-in ballots are filled out far beyond the supervision of election officials. Moreover, studies confirm that at least a third are done in the presence of other individuals unknown. Consequently, at the very least, social coercion rears its ugly head yet again. The only way to protect the secret ballot is in-person voting at properly supervised polling places. Thus far, early in-person voting by Republicans is far outpacing the Democrats in a number of battleground states — including Florida — and GOP turnout is all but certain to overwhelm Democratic turnout today as well.

The Democrats are about to learn that the “shy Trump voter” has been hiding in plain sight. Tonight, regardless of how reluctant the media will be to call key states like Florida, Georgia, and North Carolina, the outcome will already be obvious when these voters appear at the polls in numbers that cannot be overcome by “late-arriving” mail-in ballots. They will cast in-person, secret ballots and will be impervious to suppression. The Democrats will stall, but the election will be over tonight.

David Catron
Follow Their Stories:
View More
David Catron is a recovering health care consultant and frequent contributor to The American Spectator. You can follow him on Twitter at @Catronicus.
Most Popular
1
Special Report
Derek Chauvin’s Trial: Countdown to a Kangaroo Court
by George Parry