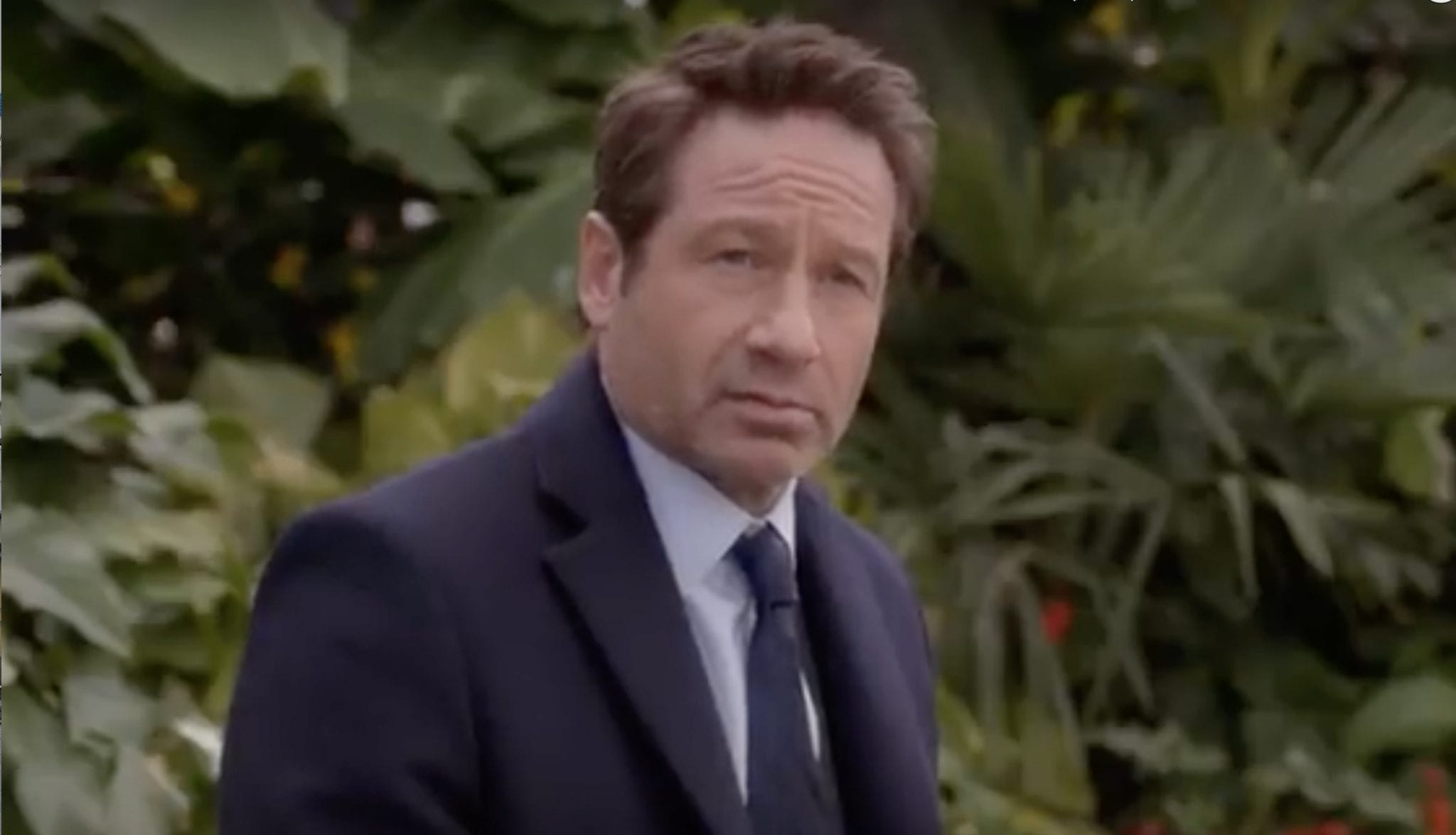 A recent episode of the rebooted X-Files affixes a question mark to its “I want to believe” tagline. “The Lost Art of Forehead Sweat” ranks as among the most preachy and politicized installments of the long-running series — and, paradoxically, among its best.

Therein, Fox Mulder and Dana Scully encounter a forehead-dripping, eyes-shiny man in an underground parking garage who points to a conspiracy to erase memories motivated by a he-who-controls-the-past-controls-the-future mentality. He even maintains that he started the X-Files with Mulder and Scully but the effectiveness of the conspiracy wiped clean any memories of his involvement in the many cases they worked together. Flashbacks superimposing the nervous man working alongside Mulder and Scully in many of the most famous X-Files episodes helps the viewer it imagine that, maybe, his truth isn’t so out there.

He repeatedly refers to the memory-erasing conspirators as “they.” This leads to the inevitable question for all conspiracy theorists: Who, precisely, are “they”? The answer, as it turns out, is a Dr. They, a force behind disinformation and conspiracies and intrigue. When Mulder finally meets the mysterious, and by now jaded, Dr. They, he — They, that is — cynically counsels: “Believe what you want to believe. That’s what everybody does nowadays anyways.”

Mulder’s nonfictional colleagues did something like this in repackaging the opposition research compiled by Hillary Clinton’s campaign as an intelligence “dossier.” FBI leadership believed in a document beyond belief because they wanted to believe.

Though Mrs. Clinton’s campaign paid for the dossier, the FBI bought it (and also in a literal sense we know the FBI offered Christopher Steele money for his services). Though then-FBI Director James Comey described some parts of the dossier as “unverified” and “salacious,” the Justice Department relied on it to convince a Foreign Intelligence Surveillance Court judge to grant it permission to spy on an American citizen. And though Steele described himself as “desperate” and “passionate” to stop Donald Trump from becoming president, the bureau continued to rely on his work in its pursuit of electronic surveillance.

Steele wanted to believe. The team compiled by Robert Mueller wants to believe, too.

To keep them hermetically sealed, special counsel Mueller compiled a team of lawyers overwhelmingly, if not exclusively, boasting political leanings aligned with the Democratic Party. Politifact notes that the lawyers identified as working for Mueller donated $62,043 to Democrats and $2,750 to Republicans in campaigns for federal offices. This means Mueller’s team of attorneys gave $23 to Democrats for every $1 they provided to Republicans. The Daily Caller reported this week that of the 16 lawyers known to work for the special counsel 13 register as Democrats and not one registers as a Republican.

Though Mueller eventually let Peter Strzok go, the scandal-ridden FBI agent’s texts reveal a partisan agreeing with the advice from his paramour/fellow FBI agent Lisa Page that, “The last thing you need us going in there loaded for bear” with regard to questioning of Hillary Clinton on the email/server matter, and referred to Trump as a “douche” and an “utter idiot.” Most damningly, he spoke of an “insurance policy” should Trump win election. Strzok, of course, signed the document launching the entire Russian collusion investigation (the “insurance policy”?) and personally questioned Michael Flynn before the former national security advisor pleaded guilty to one count of making false statements to the FBI.

The X-Files episode, perhaps because of the very real adversarial relationship between the president and the FBI, uncharacteristically tamps down notions of a bureau neck deep in machinations and shenanigans. We live in a post-conspiracy world, “The Lost Art of Forehead Sweat” posits. No need to construct elaborate ruses when simple lies work to delude those they flatter. The episode features an alien pointing to the construction of a wall around Earth to keep the planet’s drugs, crime, and rapists from invading other parts of the universe. It earlier notes a crowd of one hundred million attending Donald Trump’s inauguration. Like the very real FBI figures pursuing the president, the fake ones on television want to believe the worst of Donald Trump. If the episode were not so hilarious and well done, viewers might dismiss it as another instance of primetime propaganda. But it works as art and as entertainment, and not as a crutch to win over half the audience predisposed to think the worst of the president.

The Clinton campaign and the Democratic National Committee paid a law firm to pay a consulting firm to pay a former MI6 officer to dig up dirt on Donald Trump. They conspired to shield the identity of the publisher of the dossier. Dick Morris speculates that Team Clinton put the clean name of Christopher Steele on the dossier to hide the fact that two dirtbags (Sidney Blumenthal, i.e., the Smoking Man, and Cody Shearer, i.e., Krycek) really compiled most of it. This may have added yet another layer to hide the source of the information. Even if one does not embrace that allegation, the proven fact that the Democratic National Committee and the Clinton campaign conducted the investigation for the Federal Bureau of Investigation seems damning enough. That the FBI then used that information to do something unprecedented — to secure a warrant to spy on an operative of one campaign at the behest of both the opposing campaign and the administration backing that candidate — appears so X-Files inconceivable. But to make the matter even more preposterous the Justice Department apparently neglected to inform the judge issuing the warrant that the government came to the information justifying the unusual warrant by way of a competing political campaign. To add an unintentionally ironic punchline to all this, Mueller charged 13 Russians last week with attempting to “hide” the “origin of their activities and to avoid detection.”

Could anyone buy all this? Even if presented as an X-Files script, it seems too difficult to believe.