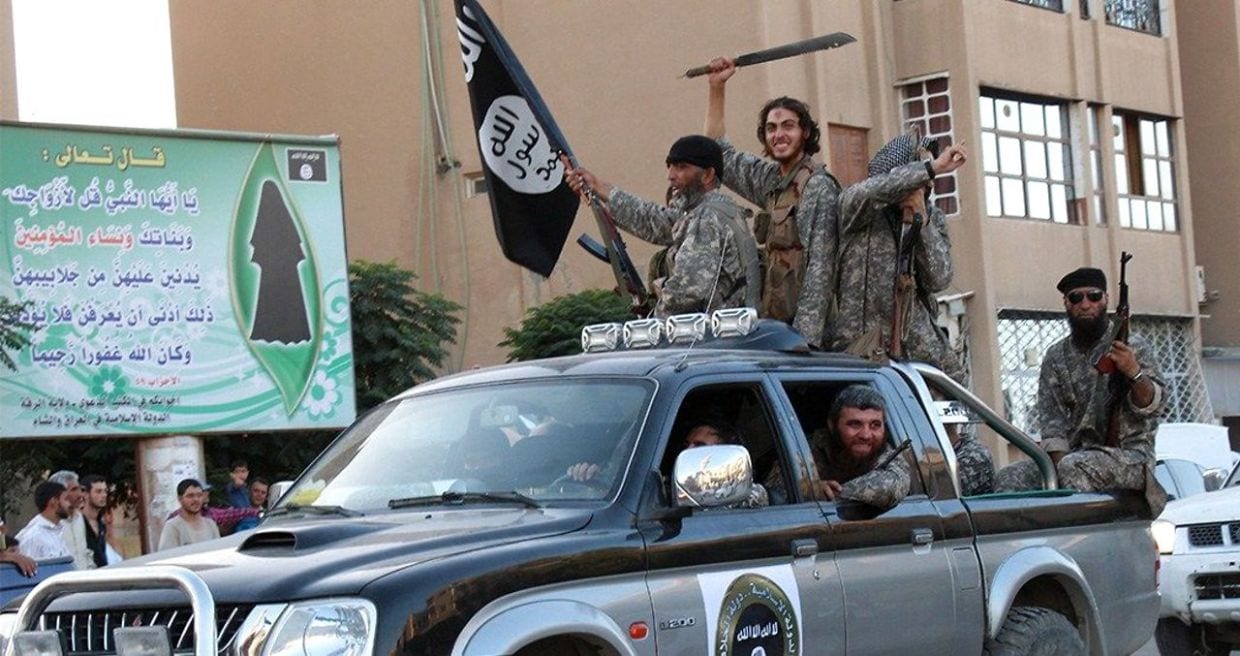 Religious intolerance is a global constant. The defeat of the Islamic State is good news, but persecutors were active before ISIS arose and persecutors will remain active despite the group’s collapse. In many nations freedom of conscience is seen as an existential threat.

Although common, even pervasive, religious persecution is complex. The most obvious form is government punishment of those who hold disfavored beliefs. Equally destructive, however, can be social intolerance, often backed by private violence and government indifference. In many nations both are present.

All faiths endure persecution, but Christians suffer the most. In its latest annual report, the group Open Doors figures that 215 million Christians were subject to high levels of persecution. More than 3,000 were killed for their faith. Thousands more were raped or abducted. Roughly 800 churches were attacked.

Rising persecution in part reflects the spread of radical Islam, particularly through the Islamic State. But the Middle East is not the only source. Violent extremism is evident in Africa, most notably Egypt, Nigeria, and Somalia, and Asia, particularly Bangladesh and Philippines. Religious nationalism is a separate problem most often occurring in majority Buddhist (Burma/Myanmar and Sri Lanka) and Hindu (India and Nepal) states. In Central Asia a combination of authoritarianism, Islam, and nationalism has created a toxic mix in such nations as Azerbaijan, Kazakhstan, and Tajikistan.

Although it is easy to list the worst persecutors, it isn’t so easy to rank them. Open Doors gives it a shot with its World Watch List 2018, which highlights the 50 worst states. It is a Who’s Who of intolerance, brutality, and fear.

North Korea continues to top the list, for the sixteenth time. The totalitarian state is in the news for its nuclear program, but also is inhospitable to religious belief of any kind, especially Christianity. The political system is essentially a religion, so any spiritual faith is seen as a threaten to the regime. Overwhelming pressure is evident in virtually every aspect of personal and community life. Violence takes the form of arrest, prison, and execution.

Barely trailing the North was Afghanistan, supposed U.S. military ally. Believers there are under extraordinary social pressure and sometimes are violently targeted. Believers, and converts in particular, “are unable to express their faith, even in private,” noted Open Doors.

Afghanistan leads a parade of Islamic states, which dominate the list. Next in line are Somalia, Sudan, and Pakistan. In Somalia the state has disintegrated, and “there are no safe places for Christians to practice their faith.” In Sudan persecution “is systematic and reminiscent of ethnic cleansing.” In Pakistan private violence is rising sharply.

Eritrea, known as the African North Korea, comes in at number six. Its persecution problem primarily reflects totalitarianism: “The arrest, harassment and murder of Christians accused of being agents of the West is commonplace.” Four more Muslim nations follow. Libya, Iraq, and Yemen all have been devastated by conflict which loosed Islamist furies on vulnerable religious minorities. The case in Iran is primarily political since, noted Open Doors, “Iranian society is much less fanatic than their leadership.”

India comes in at number 11. The Hindu nationalist government largely ignores local intolerance and violence directed against Christians and Muslims. Two more Islamic states follow. Saudi Arabia is essentially a totalitarian state, without a single church, synagogue, or temple. Maldives is similar: all citizens must be Muslims. The divided nation of Nigeria comes in at number 14, highlighted by the depredations of the violent Islamist movement Boko Haram.

Three more Islamic nations follow. Syria became a refuge for many Christians forced from Iraq, but the Islamic State and other Muslim radicals have murdered and brutalized Christians and other religious minorities living in Syria. Uzbekistan combines a Muslim culture and authoritarian state. In Egypt Christians face both social pressure and government discrimination. Vietnam comes in at number 18, mixing ethnic and rural hostility with a communist government that remains slow to reform its anti-religious practices.

Then another three Muslim-majority nations join the global parade: Jordan, Tajikistan, and Malaysia. Converts from Islam are treated especially harshly. Although relative peace has replaced most of the ethnic resistance to Burma’s/Myanmar’s central government, many Christians have been forced from their homes and aggressive Buddhist monks have led violent attacks on Christian churches. Hindu radicals are active in Nepal. Another three Muslim countries then follow on the list: Brunei, Qatar, and Kazakhstan.

Divided Ethiopia is number 29, suffering from government repression, Islamic radicalism, and Orthodox favoritism. Next come Muslim Tunisia and Turkey. In the latter President Recep Tayyip Erdogan has simultaneously strengthened repression and Islam: “Christians have no access to state jobs and experience discrimination in private employment, especially where employers have ties to the government.” Even in majority Christian Kenya believers face murder and abuse from Islamic militants, tribal leaders, and, intermittently, government officials.

Nationalism targets religious minorities in Buddhist Bhutan. In Muslim Kuwait “converts from Islam experience discrimination, harassment, police surveillance and intimidation.” The majority Christian Central African Republic has suffered through violence from Muslims and Christians. In the Palestinian Territories Christians suffer more from the Israeli occupation than the Palestinian Authority in the West Bank, but their beliefs make them a greater target of more radical and violent Hamas in Gaza. Next come Mali and Indonesia, where Islam traditionally was more moderate but rising extremism now threatens Christians. In the latter in a widely criticized case a Christian governor was jailed for alleged blasphemy.

In majority Muslim Azerbaijan, Oman, and Mauritania Christians also suffer. In the first Open Doors cites “dictatorial paranoia.” In the latter two the threat is more hostility and discrimination than violence. Columbia, like Mexico, is theoretically Christian, but believers suffer from attacks by criminals and indigenous peoples, as well as guerrillas. Muslim Djibouti brings up the rear at number 50, where, reports Open Doors, “jihadists and radical Islamic ideas bleed over from volatile surrounding countries.”

Christians in America rightly worry about their ability to live their lives as a new social intolerance increasingly is enshrined in law. Nevertheless, Americans remain free to practice their faith and enjoy advantages that many believers around the world can only dream of. Open Doors’ latest World Watch list should remind U.S. Christians — and all people of good will — about both their blessings and responsibilities.

Indeed, nonbelievers also should help protect religious liberty. Freedom of conscience is the foundation of other liberties. And it operates as a sort of canary in the mine internationally, highlighting societies prone to intolerance and violence. A government unwilling to protect people with a different view of the transcendent almost certainly won’t tolerate contrary positions on practical political issues.

Even so, Washington’s ability to intervene is limited. Indeed, there was no greater disaster for Middle Eastern Christians than the 2003 Iraq invasion, which eliminated the secular dictator, dispersed the indigenous Christian population, triggered sectarian war that crossed national boundaries, and spawned al-Qaeda Iraq, which morphed into the even more murderous Islamic State. Washington should learn the Hippocratic Oath: First do no harm.

But the U.S. government should include religious liberty in every conversation on human rights. And Americans should support those under attack overseas. Ultimately, freedom of conscience is too important to leave to Uncle Sam. People can and should help the persecuted around the world in any way possible. The starting point is to realize the tragic reality of an intolerant and violent world.