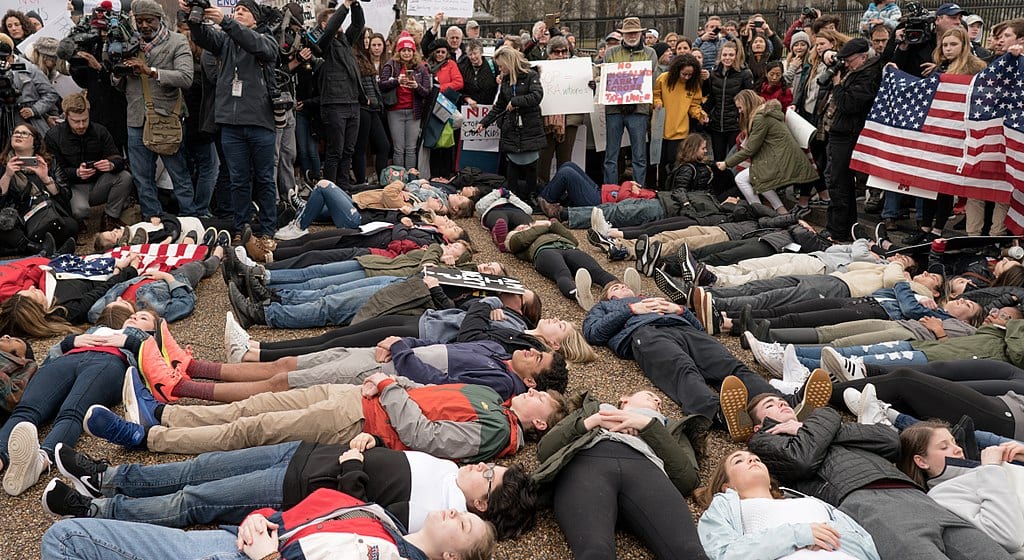 The Florida mass shooting, which even a minimally competent state could have prevented, is a window on a relativistic America that is neither safe nor free. For decades, gun-control liberals, who corrupted civil society and called it “progress,” have proposed more government and less morality. But all that produces is an out-of-control society in which responsibility lessens everywhere. It has given us broken homes, broken schools, and broken government.

All of the hasty gun-control proposals under discussion amount to rearranging deck chairs on the Titanic. If a country’s culture is sick, it doesn’t matter what legislation passes. The people won’t follow the law and a corrupt and incompetent government won’t enforce it.

A discussion that is presented as a trade-off between security and liberty isn’t. It is just one more step toward a future without either. The least emotionally satisfying “fix” to the problem of gun violence — because it sounds so abstract and musty, and because it would require uprooting the moral relativism of the last fifty years or so — is the only real one: restoring civil society. As it disintegrated, America went from fewer laws and less violence to more laws and more violence.

Relativism and totalitarianism, which combine to form much of the thrust of modern politics, reinforce each other. Decades of moral relativism have sapped civil society, causing a spike in terror and disorder. Aspiring totalitarians then point to those horrors and call for bigger and bigger government. Gun-control liberalism rests on that reinforcing paradox — the permissive society giving birth to the Leviathan.

In that vision lies the realization of the founding fathers’ worst fears. They didn’t want less morality and more government but more morality and less government — the Ten Commandments, not ten new gun laws after every shooting. They wanted civil society to thrive and big government to wither. They wanted laws but not such a thicket of them that adults were reduced to children and the civilized to criminals. They understood that freedom is inseparable from the “good of man,” and thus any law that truly serves it must take legitimate freedoms into account. They made a distinction between liberty and license, but never placed gun ownership in the latter category. They would have seen the breaking of existing laws not as a legislative problem but a cultural one, and would have asked why civil society had stopped teaching young people to obey them.

What’s most troubling in all the babbling from pols after a tragedy is that they see nothing tragic in the loss of legitimate freedom that their response necessarily entails. But it is tragic — a deeply tragic concession that America is not, nor do they even want it to be, a limited government backed up by a healthy civil society. They sound less like politicians than prison wardens, whose job it is to cast an occasional glace at a soulless but “safe” citizenry. The “protection” which they offer is the protection of a prison-state, not unlike “crime-free” Havana’s.

Yes, you can eliminate crime by treating everyone like a criminal, and many a tyrant has solved the problem that way. But from the perspective of the true human good, that is no “solution” at all. That just eliminates one evil by creating a new and worse one. Absolute safety from random crime, even if one were to assume an overweening state is competent enough and dutiful enough to guarantee such a good (an absurd assumption, as the government’s response to the Florida shooting reminded everyone), isn’t worth a tyranny.

Unlike modern pols, who never think very deeply about the proper limits of government, the founding fathers didn’t expediently pit security against freedom. They wanted both security and freedom and sought them mainly through the strength of institutions prior to government, without which the law would prove feckless and leaders would turn tyrannical.

The restoration of those civilizing institutions is not a “fix” easy to sell in a demagogic atmosphere, but it is the only one that would save America from a totalitarian future, one part Brave New World, one part Animal Farm. That ghastly admixture — of the permissive society and the Leviathan — is seen already in the collection of Hollywood hedonists, therapists, “nonjudgmental” priests and pastors, educrats, home-wrecking sociologists, and statists who assemble daily to call for gun confiscation. They created a culture that robbed people of their capacity to follow laws, then invoke that chaos to justify smothering society in more of them.