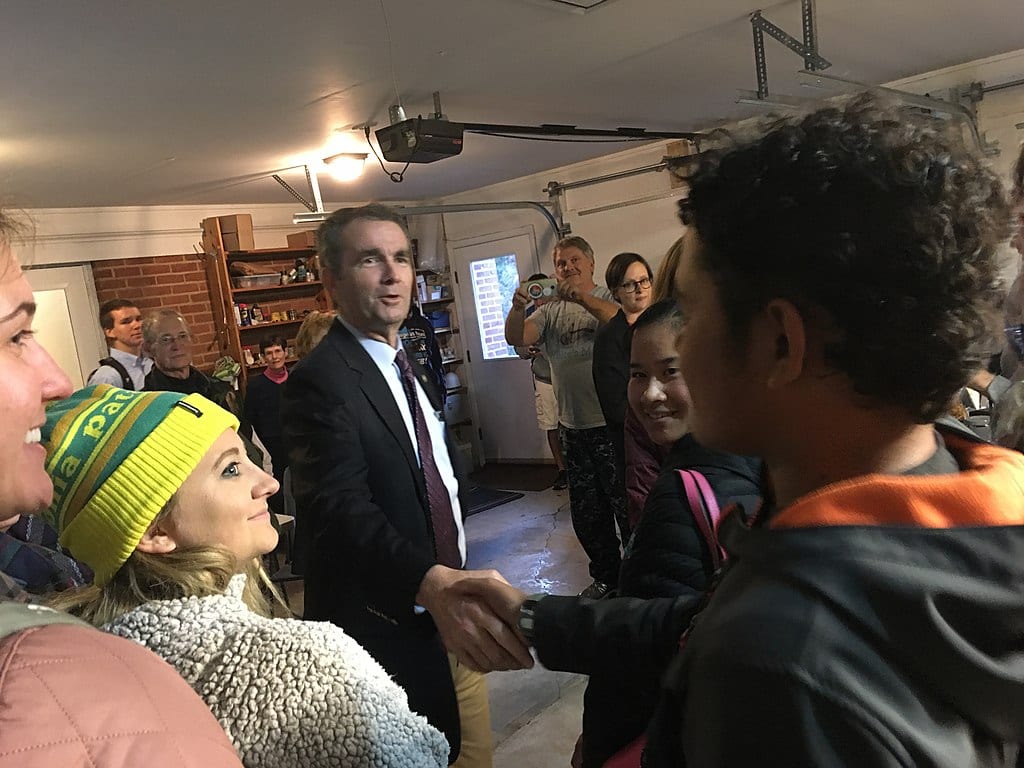 There was no reason about worrying about “having been a member of the Ku Klux Klan.”

No, that wasn’t about Virginia Governor Ralph Northam and that disgraceful photo from his 1984 Eastern Virginia Medical School yearbook — taken when he was twenty-five. A photograph that, over the weekend, he denied appearing in. (The time he appeared in blackface, he said, was on another occasion when he painted his face black to imitate Michael Jackson. Got it.)

No, the man who was busy assuring that he had no problems with Klan membership was one President Franklin D. Roosevelt. FDR made the assurance not to just anyone, either. He made it to Alabama progressive Democrat and senator Hugo Black — when Black had been nominated by FDR to, yes indeed, the Supreme Court of the United States. Black revealed the conversation decades later in his memoirs because, yes indeed, he, Black, had been a member of the Ku Klux Klan himself.

As with Governor Northam today, the reaction in the day when it was revealed then-Senator and Supreme Court nominee Black had been a member of the Alabama Klan was overwhelmingly negative in the press. Just as Ralph Northam held a press conference over the weekend to do an apologia while refusing to resign, Hugo Black did his own version of the same thing. Black did no interviews but rather went on the radio. Bruce Bartlett, the author of the book Wrong on Race: The Democratic Party’s Buried Past, details what happened. In an eleven-minute radio address to the nation in 1937, with an estimated forty million Americans tuning in, Bartlett recounts:

Press reaction was overwhelmingly negative. Typical was the view of theNew York Times: “Regardless of the present views he holds, and his affirmation of faith in the principles of religious and racial tolerance, it is a deplorable thing that a man who has ever taken the oath of allegiance in a sinister and destructive organization should now take his place on the highest court of justice in this country.”

The public, however, reacted well to Black’s confession. On the Court he stayed, becoming one of the most liberal Justices of the day. But Bartlett makes this point, which is the very same point today:

This episode really tells us much more about Roosevelt than Black. There appears to be little doubt that he knowingly appointed a member of the Ku Klux Klan to the Supreme Court and saw nothing wrong with it since he had many “friends and supporters” who were also members.

The point here is very simple. There is no umbrage in the Democratic Party today about FDR and his “friends and supporters” in the Klan because, in fact, then, now — and always — the Democrats have been the Party of Race. Ralph Northam is not some sort of exception — he is the rule. This is, recall, the party that celebrates progressive icon and president Woodrow Wilson — he the Democrat who segregated the federal government and show-cased the Klan supporting the film Birth of a Nationwith a showing at the White House.

As Dan Flynn reminds, before Northam, Democrats didn’t just dress up as Klansmen — they were the Klan.

As reported in this space long ago, the party is and has always been obsessed with judging others by skin color. In fact, the Left built — and importantly is still building — an entire political party based on race. Among the jewels from the past:

There is more to this — oh so much more — but the point is crystal clear. This heavy dependence on racism to win elections is not some lurid past. And Ralph Northam is far from alone in his party right this minute.

The calls for Northam’s head by a boatload of prominent Democrats for something he is alleged to have done thirty-five years ago is utterly laughable. Take this from Hillary Clinton, as reported by Laura Ingraham’s Lifezette:

“This has gone on too long. There is nothing to debate. He must resign.”

Breitbart reports this of Joe Biden on Northam:

“There is no place for racism in America. Governor Northam has lost all moral authority and should resign immediately, Justin Fairfax is the leader Virginia needs now.”

(Fairfax is the Lieutenant Governor of Virginia.)

Oh, so pious. Oh, so righteous. And phony as the proverbial three-dollar bill.

Recall these statements? Tirades about “Chinamen,” “Greek homos,” “punk faggots” and “n****rs.” Those alone, every one of them, coming from… the Reverend Al Sharpton. Denunciations from Clinton and Biden and the rest? Are you kidding? Here is Joe Biden just days ago — being honored by Sharpton’s National Action Network. And here’s Hillary per the New York Times in 2016:

Did either Hillary or Biden refuse to speak at Sharpton’s events, saying that Sharpton must go from any and all influence in their party because he has been captured on tape going on about “Chinamen,” “Greek homos,” “punk faggots” and “n****rs”? Of course not.

The hard political fact is that the American Left, having built an entire political apparatus on racism, is going to keep right on playing the race card to win elections — and no one in their leadership is going to call for this to stop.

And don’t forget the media. Where are the calls at CNN and MSNBC and the Times and the Post for Sharpton’s head? Silence. Except for MSNBC — which has made a point of giving Sharpton a television show.

What this entire Northam incident has illustrated is — yet again — just how obsessed with race is the American Left and the Democratic Party. In moving from supporting slavery to supporting segregation to now supporting the son of segregation — identity politics — the party has not moved at all.

What Ralph Northam has inadvertently illustrated over the last several days is just how race obsessed his party has, in fact, always been. And still is. With no Democrat having the political courage to stand up and say — enough.