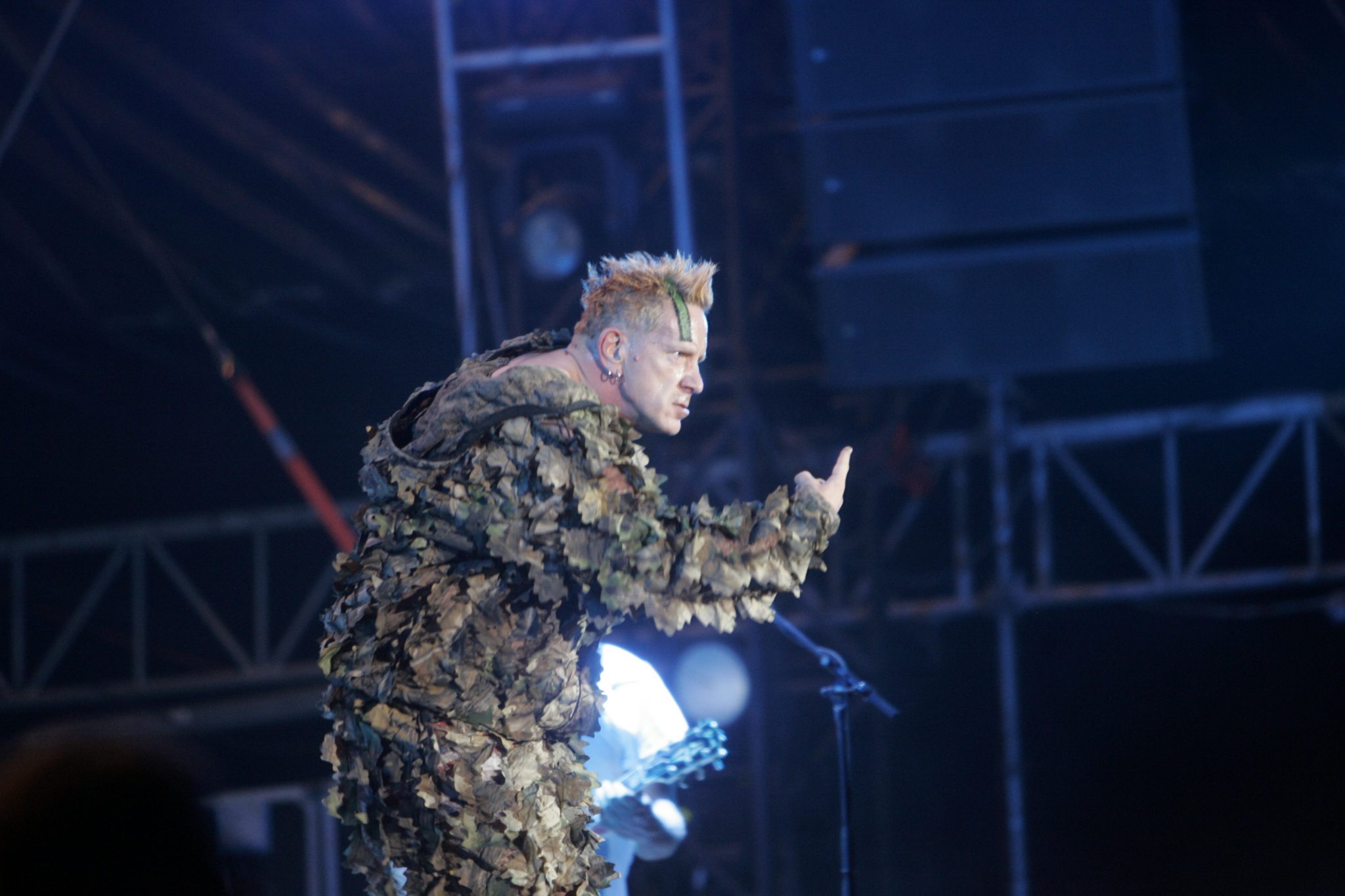 Watching the raucous crowd slam-dancing in their Mohawks in the mosh pit at the Electric Banana in Pittsburgh’s Oakland section in the early 1990s, one might not have envisioned punk-rockers taking the lead against the bullies of the 2020s — that is, against the woke warriors of the cancel culture. But so they are. Punk-rockers have always rebelled against the status quo, not giving a rip what anyone thinks about them or what they say. The wokesters, on the other hand, are obsessed with what you think and say, and if they don’t like it, they throw a hissy fit and shut you down.

Personally, I’m not surprised at the emergence of cancel culture. It’s a predictable culmination of liberals’ attitudes toward people they disagree with. How long have conservatives here at The American Spectator chronicled the fraudulence of liberals’ claims of tolerance and diversity? Liberals engage in a selective tolerance of only the ideas they want to tolerate. Herbert Marcuse, the ’60s guru to the New Left and leading light of the Frankfurt School, which pioneered critical theory (a forefather to critical race theory), cynically called for “repressive tolerance,” meaning “intolerance against movements from the Right and toleration of movements from the Left.”

Even more cynically, the Left places you on the “right” simply for advocating things that for millennia were neither Left nor Right but common-sense reality observable to every human being, such as, oh, two genders, or male–female marriage.

I would further add that the aptly called “snowflakes” of today’s cancel culture are the logical culmination of something else that conservatives (including at this publication) warned about decades ago, namely the silly “self-esteem movement” in our public schools. The self-esteem kids of the 1990s were ceaselessly pampered, glowingly affirmed in whatever they said and did. Today’s snowflakes are their progeny. If you hold a different viewpoint from these people, they melt down. They so can’t handle being told they’re wrong that they have temper tantrums on Twitter, demanding their detractors be punished, fired, not tolerated, canceled. Here at The American Spectator, R. Emmett Tyrrell, Jr. was way ahead of his time describing them in the early ’70s as “wombistic” in their “infantile liberalism.” They are ideological crybabies, sobbing and stomping if you disagree with them.

Above all, they call you names. Names, names, names.

I recently happened upon a folder of my columns for my college newspaper in the late 1980s. I was the editorial page editor for our daily newspaper (published Monday through Thursday), The Pitt News. My goodbye column in May 1990 lamented the liberals who reflexively called conservatives names like “Nazi,” “fascist,” “racist,” “homophobe,” “hater.” Yes, way back then. This was when the political correctness movement really launched. We were already referring to liberals as the Thought Police.

Mercifully, there wasn’t yet social media for progressives to weaponize. Enraged leftists couldn’t mobilize Twitter mobs like they can now. Moreover, the self-esteem movement hadn’t yet grown up (in terms of age rather than emotional maturity), and thus these progressives weren’t canceling people yet. That would take time to evolve — to progress.

Likewise, it would take time for the larger culture to experience this rot. That brings me to 2021 and the aforementioned punk-rockers.

Conservatives have fought against the cancel culture–mongers, but what’s needed is for non-conservatives to push back. Among the best counterforces to emerge have been liberals like Bill Maher and Piers Morgan. “Does everything have to be a summary execution in America?” asks Maher in one of his many condemnations of cancel culture. “I don’t want to live in a country where we have the Red Guard.” Piers Morgan has urged fellow Brits to “cancel the cancel culture before it kills our culture.”

But the most fearless and relentless foes of woke thuggery to date have been punk rockers. They remain rebels who don’t give a rip. Two cases in point are Johnny Lydon, aka Johnny Rotten, and John Joseph of the bands Bloodclot and Cro-Mags. The latter is a new name to me, though Mr. Rotten hails from my generation.

A trigger warning to the woke: Already easily offended, you’ll erupt at this language. Brace yourselves, and get ready to dash to Twitter:

Lydon (Johnny Rotten) refers to the wokesters as “tempestuous spoilt children coming out of colleges and universities with sh** for brains.” He observes, “I can’t believe that TV stations give some of these lunatics the space. Where is this ‘moral majority’ nonsense coming from when they’re basically the ones doing all the wrong for being so bloody judgmental and vicious against anybody that doesn’t go with the current popular opinion?”

Lydon, who supported Donald Trump, is alarmed by the alliance between woke bullies and the Biden administration and Democrats.

“You have a Democrat party that doesn’t respect anything but the latest woke fashion trend and that’s to the destruction of America,” says Lydon. “I’m watching America now collapse because of the Biden nonsense.”

As for Mr. Joseph, I’ll do my best in this family-friendly publication to temper his choice language.

“Cancel culture can go [expletive] themselves,” advised Joseph. “They are the same ones who criticized punk rock in the 70s and hardcore in the 80s. And they will all go away soon to live out [their] quiet lives of desperation while we carry on what we’ve been doing for decades.”

What set off the dear Joseph were the virtuous progressives who criticized his puck band for regaling a sizable crowd without masks in New York City’s Tompkins Square Park. “The park was filled that day anyway,” noted Joseph, no doubt correctly. “Anybody that knows Tompkins Square Park knows on a 70-degree sunny day there are huge crowds in there on a Saturday. We could not control how many people attended the show.”

He hastened to add, “Just because some of you don’t agree with it, I could give a [expletive] less. Stay the [expletive] home, watch CNN and the rest. I never gave a [expletive] what critics said in the 70s and 80s and I still don’t care.”

Punk remains punk, and the woke won’t stop that.

For conservatives, Joseph’s language will not call to mind, say, Russell Kirk or Edmund Burke. But conservatives will chuckle with a sense of appreciation at someone outside their camp firing verbal arrows at the cancel brutes who ruin any poor conservative at a university who comes across their merciless radar.

The likes of Joseph and Lydon are boldly expressing the frustration that so many conservatives can’t out of fear of losing jobs at the hands of intolerant progressives launching letter campaigns against them.

And they’re not alone. The punk world knows it couldn’t have come into being in a cancel-culture society (the same is true for much of comedy). Such was recently noted by Glenn Danzig of the Misfits, who denounces “cancel culture and woke bullsh**.” His successor as the band’s lead vocalist, Michale Graves, agrees, assailing “this plague on our culture.” Graves urges “courage to others to stop being so weak minded and afraid” of the “woke mobs of lying Marxist dittos.”

Take another rocker from my generation — Roger Daltrey, lead singer of the legendary The Who. His group wasn’t punk, but with smashing guitars and the message of songs like “My Generation,” Daltrey and Pete Townshend reveled in riotous antics. “It’s becoming so absurd now with … the woke generation,” notes Daltrey. “It’s terrifying, the miserable world they’re going to create for themselves.”

Notably, many of the voices I’ve cited here are British. Brits are far more candid and willing to honestly describe one another’s politics. They aren’t timid about calling a spade a spade (or a “progressive” a Marxist, if he really is one). Above all, they don’t want American wokeism exported to their shores. There’s a BLM Britain, and its supporters have been literally spray-painting the most revered Brit of the last 100 years: Winston Churchill. The accusations of racism against the royal household by Meghan and Harry is what really set off Piers Morgan, who immediately sniffed the noxious winds of American progressive perversity that racializes everything.