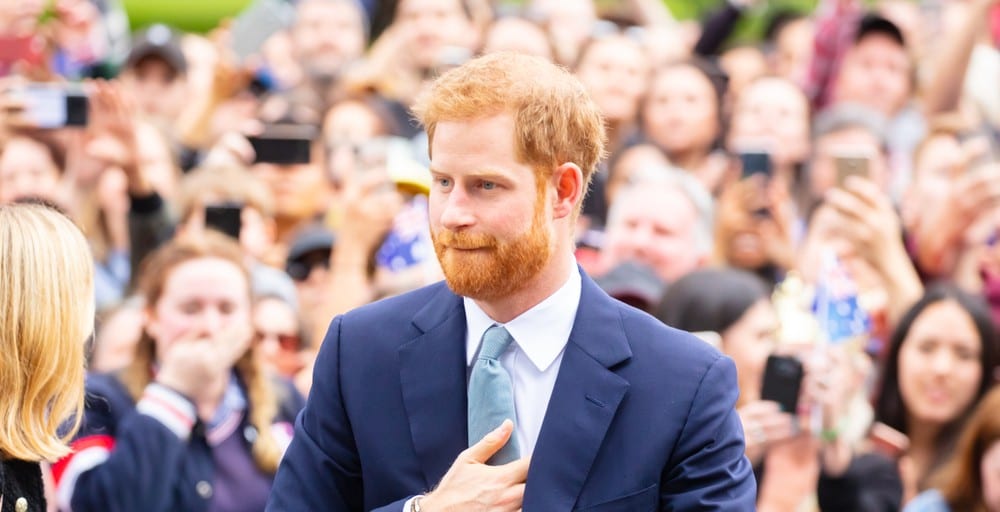 I’ve never gotten absorbed in the ups and downs of the British Royals.

There was, after all, that small dust-up in 1776 that firmly settled the matter of the Brits in America … at least until 1812, when they had to be reminded all over again.

So other than standing up for Piers Morgan’s free-speech rights, I’m more than content to watch from the sidelines if watching at all.

Alas, Prince Harry, newly ensconced in the old family colonies, has taken out after that annoying American rule of free speech known as the First Amendment. Here’s the story as headlined at Fox News:

The Duke of Sussex made the comments on a recent episode of Dax Shepard and Monica Padman’s ‘Armchair Expert’ podcast.

The story reports this:

Prince Harry is facing a wave of backlash after calling the First Amendment of the U.S. Constitution “bonkers” during a podcast appearance last week.

The Duke of Sussex made the comments on an episode of Dax Shepard and Monica Padman’s “Armchair Expert” podcast.

While chatting about life in Los Angeles – where Harry and wife Meghan Markle have settled since leaving the United Kingdom – the prince discussed what he called the media “freezing frenzy” resulting from his stay at film producer and actor Tyler Perry’s Beverly Hills mansion. He specifically took issue with the paparazzi.

“I don’t want to start sort of going down the First Amendment route because that’s a huge subject and one in which I don’t understand because I’ve only been here a short period of time,” Harry said. “But, you can find a loophole in anything. And you can capitalize or exploit what’s not said rather than uphold what is said.”

“I’ve got so much I want to say about the First Amendment as I sort of understand it, but it is bonkers,” he continued.

Free speech is bonkers? To this British royal and his American wife — she who should know better precisely because she is an American — one can only wonder where a bonkers idea like that came from.

Over at the British magazine Tribune — which self-describes as a pro-socialist publication — is an article titled this way:

The Fascist Sympathies of Britain’s Aristocracy

It is illustrated with a photo of the Duke of Windsor, the then-freshly abdicated King Edward VII, shaking hands on a visit to Germany with, yes indeed, Adolph Hitler himself. The article says this:

Britain’s fascist past is intimately entangled with royals and peers who developed and even institutionalized intensely specific variations on fascist irredentism, occultism and antisemitism.

The long and short is there were indeed some in the British royal family, not to mention the larger British aristocracy, who had a bonkers thing for fascism.

The problem now? This isn’t just a one-off from Prince Harry and his American wife Meghan Markle. The fact is that there is now a real move in the United States to shut down free speech.

George Washington University law professor Jonathan Turley wrote about Harry’s comments, giving some background on what is going on in America right now when it comes to free speech:

The First Amendment no longer holds the inviolate position it once did with the left.

Indeed, the First Amendment is now more often treated as a danger than a guarantee to a fair and just society. Experts have explained how to evade its limitations to silence others. They have found precisely what Harry discussed in the interview when he noted “you can find a loophole in anything.”

Democratic leaders now openly call for corporate censorship and the banning of books and authors. Academics join in the canceling of colleagues who express dissenting views of subjects ranging from climate change to gender identification to racial justice.

It may be tempting to treat these anti-First Amendment remarks as a one-off from an ex-patriate British royal.

The problem is that what Prince Harry said all too accurately reflects the views of America’s own leftist elites.

And dangerous to boot.