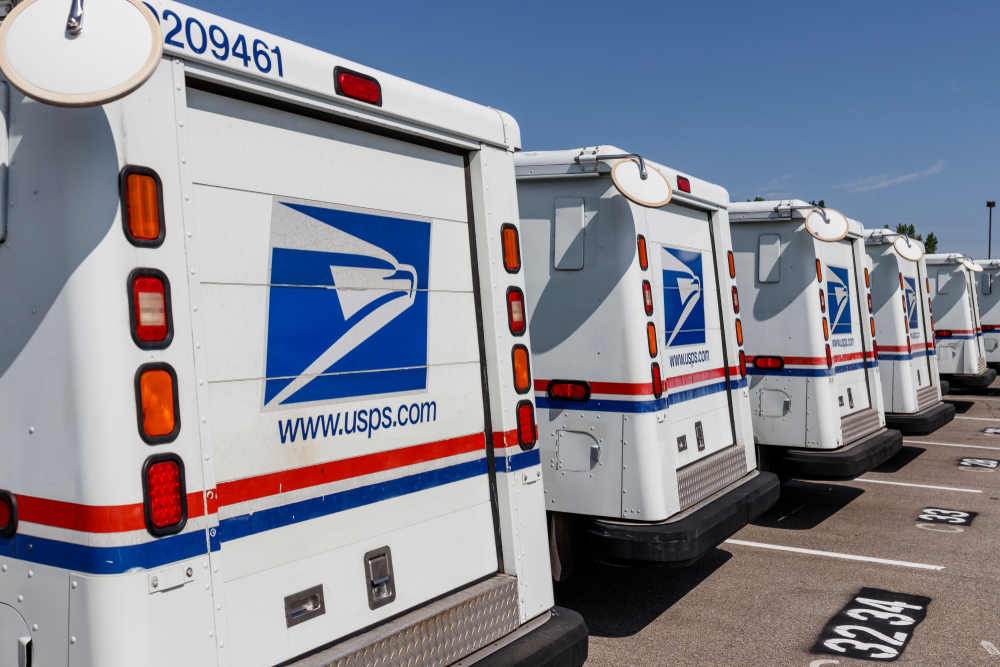 More Politics
Sign Up to receive Our Latest Updates!
Register
Hot Off
The Press
A Further Perspective
Nothing Better About It: The Senate Must Defeat HR 5376
by Bob Luddy
In Print Fall 2021
COVID Zero Is the Technocracy’s Test Run
by John Jiang
In Print Fall 2021
Social Conservatives Have Something to Say on Every Issue
by Saurabh Sharma
Laughing Matters
How to Sneak Into Another Company’s Christmas Bash
by Itxu Díaz
Special Report
Everything You Think You Know About Watergate May Be Wrong
by Francis P. Sempa

Ignore the red ink that continues to flow from the Postal Service’s balance sheet like water in the Mighty Mississippi.

DeJoy designed the plan. The Postal Board of Governors has approved it. And the Biden administration has endorsed it at least passively in that it has not fired DeJoy or replaced the Trump-appointed members of the Board of Governors, as many in the Democrat Party have suggested.

Whether or not “Delivering for America” is the right plan is another story. DeJoy wants to turn the Postal Service from an organization that focuses on the delivery of mail to 160 million addresses every day into a package carrier that competes with some of the most efficient logistics companies in the world … with a monopoly first-class mail delivery service on the side.

This means the Postal Service will increase prices more and more frequently, weaken its delivery goals, and devote those new revenues to competing with UPS, FedEx, and the like.

DeJoy says that’s where the growth is. First-class mail delivery fell 42 percent in the last 10 years and is predicted to drop another 30 percent over the next 10, and delivery hit a 50-year low in fiscal 2021, the postmaster general said.

The 5.3 percent increase in operating revenue in fiscal 2021 was driven by 12.2 percent growth in the shipping and package market, the postmaster general said. It was essentially Christmas season from March through December in 2020, and the surge has begun to abate as competition has intensified, but the Postal Service says package volume remains above pre-pandemic levels and is expected to grow.

It has shown some signs of early success. Losses for fiscal 2021 totaled $6.9 billion, which was $1.5 billion better than predicted and $700 million less than in 2020. The postmaster general declared the Postal Service to be “ready” for the holiday rush, unlike last year, when on-time delivery rates hit record lows in many areas and the service, by its own admission, failed to meet the nation’s needs. New equipment, office space, and personnel are arriving on almost a daily basis.

The problem is almost all the new equipment — sorting machines, vehicles, etc. — is designed to help grow the package business rather than build up the product lines that are most profitable and upon which Americans depend the most — first-class and marketing mail. The Postal Service delivered 7.6 billion packages in fiscal 2021. It delivered more than 120 billion pieces of periodicals and first-class or marketing mail.

In short, the Postal Service’s plan for recovery is to drive up sales of the business in which it is most vulnerable to competition and reduce emphasis on the vital services that, by law, only it can provide. There is something to be said for its efforts to handle last-mile delivery to hard-to-reach locations on behalf of the package shipping behemoths — it accounts for right at half the Postal Service’s package business — but the “Delivering for America” plan takes the Postal Service in a direction it has never gone with no assurances of success. (READ MORE: The USPS Needs to Concede It’s a Business)

The main product is being sacrificed. Prices for first-class stamps increased from 55 cents to 58 cents in August, the second three-cent increase of the year. DeJoy confirmed at last week’s Postal Board of Governors meeting that delivery expectations would be lowered for 30 to 40 percent of first-class mail to account for the Postal Service’s plan to rely on trucks, not planes, to move coast-to-coast mail.

The new delivery vehicles, 165,000 trucks, at $25,000 or so each, are designed to speed package delivery, not first-class mail. The floors of postal sorting centers are being redesigned to reflect the lower first-class volume and higher package business.

Meanwhile, the Postal Service is not even meeting the new less-demanding delivery goals. It continues to lag far behind its package shipping competitors in efficiency and far ahead on labor costs. It also just made 66,000 temporary employees into full-time employees complete with health insurance, pensions, and other benefits.

DeJoy’s plan depends on one aspect not being reformed — the fact that although packages generate nearly 40 percent of Postal Service revenue these days, they somehow consume just 8.8 percent of the Postal Service’s resources. He wants to pour more money into the part of his business most vulnerable to competition and least necessary for Americans but cut resources for the job they actually need the Postal Service to do.

When customers lose faith in the Postal Service for first-class delivery and its five-days-if-we-can delivery schedule and the early momentum for its foray into big-time package delivery fades — as it already has begun to do — the Postal Service will be left with the consequences of DeJoy’s plan.

What will the balance sheet look like then? And how much will Americans be expected to pay to save the Postal Service again?

2
Blog
That Wasn’t Thought Out: MSNBC Columnist Encourages People to Cut Their Cable to Hurt Fox News
by Ellie Gardey

4
At Large
Why If Poland Falls, We All Fall
by Itxu Díaz