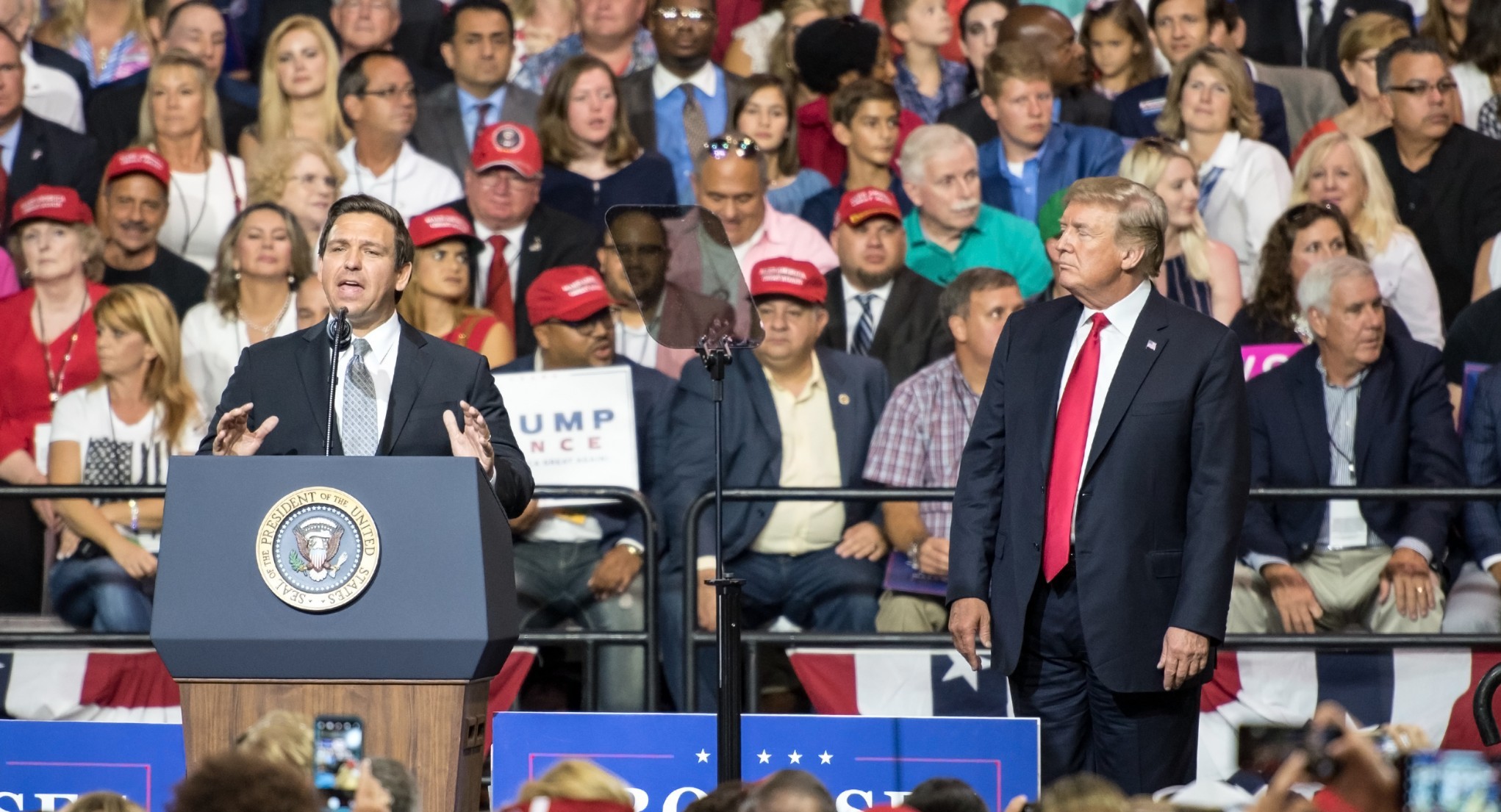 A poll released Wednesday by the University of New Hampshire found that Florida Gov. Ron DeSantis and former President Donald Trump are tied in the nation’s first primary state. The Granite State poll found that DeSantis has the support of 39 percent of respondents while 37 percent back Trump, which is within the 5.5 percent margin of error. Former Vice President Mike Pence came in third place with 9 percent support, followed by former United Nations Ambassador Nikki Haley at 6 percent. No other candidate received more than 1 percent support.

The poll found that Republican primary voters who picked Trump or DeSantis were differentiated by several factors.

Perhaps the starkest difference between Trump and DeSantis supporters was income level. Seventy-one percent of likely Republican primary voters with incomes of less than $45,000 per year said they backed Trump, while DeSantis garnered only 14 percent support. The difference was even larger among upper-income Republicans; among those making over $150,000 per year, nearly nine in 10 backed DeSantis. Trump received a mere 8 percent of their support.

The poll also tested a general election matchup between Trump and DeSantis against President Joe Biden. Biden led Trump in New Hampshire by seven points, 50 percent to 43 percent. This is similar to Biden’s margin of victory over Trump in the state during the 2020 presidential election. Biden was effectively tied with DeSantis, winning 46 percent support to DeSantis’s 47 percent, within the question’s 3.2 percent margin of error.

With nearly two years until the primary, much could change between then and now. But for the moment, it seems the home of Mount Washington is too close to call.