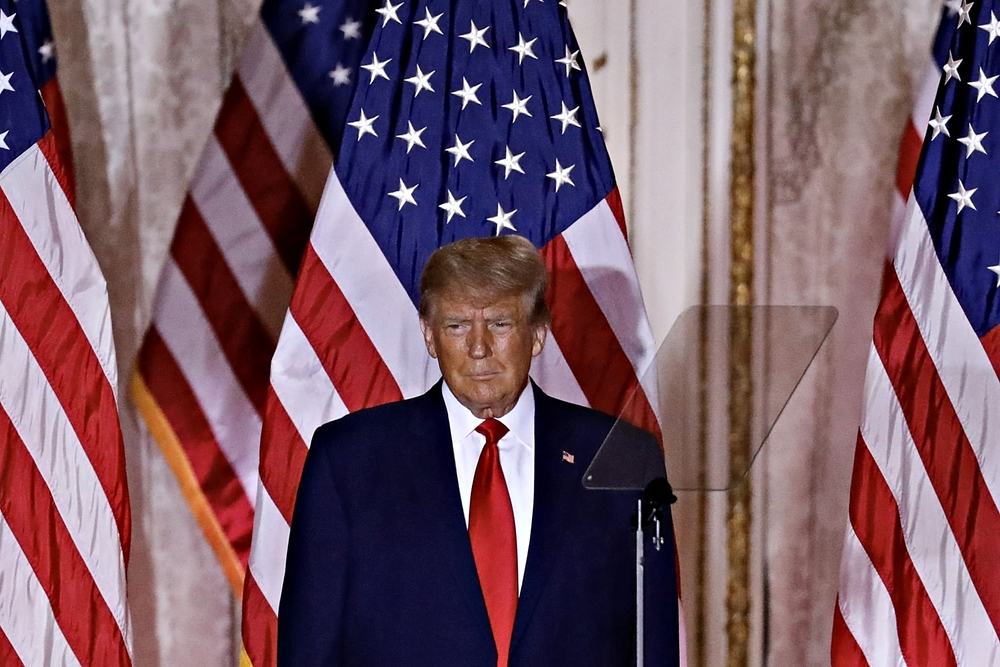 With the Georgia U.S. Senate race finally decided, it now will be time for true conservatives to begin appraising honestly and realistically what must be done in 2024 to make America great again.

There can be no question whatsoever but that the Trump MAGA agenda is the one and only agenda that must be pursued. None of this Jeb! stuff. No mass amnesties for illegal immigrants. No compromises or hesitations to reopening American energy sources to full-speed drilling and hydraulic fracturing ahead. Building the Keystone XL pipeline and many more oil and gas pipelines. No more draining the National Petroleum Reserve. No slackening on the war on crime. No mealy-mouthing about Antifa and the Black Lives Matter corruption and corporate-extortion racket. No acceptance of racial preferences. No reparations. Education based on traditional family values and excluding teaching homosexuality, lesbianism, gender-change surgery, abortion on demand in the last trimester, and other sex-crazed concepts to kids. No wokeism or liberated critical studies in the military or anywhere else. An airtight southern border. The appointment of real, true conservative judges and justices, not the Souter–Blackmun liberals selected by too many Republicans who preceded Trump. An honest capitalist economy, not fed by funny money doled out in the trillions to politically favored leftist recipients. Lower taxes. Reducing government regulations and even reversing many of them.

Donald Trump reimagined and heroically actualized an honest, brave, bold conservative agenda that decades of Republican presidents and failed GOP candidates promised, but none delivered. He made promises, and he kept them. And fast. None of the “Read My Lips” betrayals. In barely his first month in office, Trump earned all but a place on Mount Rushmore as he:

And the list went on. He brought about a remarkable pro-growth economy. Unemployment reached its lowest-ever numbers for most minority groups, and all Americans benefited from the burst of new jobs. Wages increased faster and higher than inflation. Retirement funds burst with growth. Terror leaders abroad were eliminated, but America avoided engaging in any new military adventures; he kept us out of war. He named rock-solid conservative judges and justices. He truly started making America great again.

As 2024 already beckons — turning the White House, taking back the Senate, increasing the GOP House majority — the Trump MAGA agenda points the way. There can be no other way.

At his exciting rallies, President Trump always ended each event with the Rolling Stones standard: “You can’t always get what you want. But if you try sometime you find you get what you need.” And this needs to be the MAGA anthem for 2024. Millions want Trump, but we need to win. That is what we need.

To win it all.

In this election cycle, the Republican faithful selected Trump’s endorsed candidates in so many critical primaries, and they won the nominations. But in November they lost. There were states where non-Trump Republican candidates for governor won with big majorities, while Trump-endorsed candidates for the U.S. Senate lost. Brian Kemp clobbered Stacey Abrams in Georgia. Chris Sununu swamped his Democrat opponent in New Hampshire. But Herschel Walker and Don Bolduc lost. These are the data.

The leftist mainstream media never gave Trump a chance. He was cheated from before Day One, when Hillary concocted and paid for the lie of a Russian conspiracy. The FBI cheated and lied about him. He was never given credit for his achievements. For example, the time that Jim Acosta of CNN walked with a TV camera along the Trump wall and mocked it because all that money was spent to build a wall in a stupid place where no one was even trying to enter illegally — without Acosta realizing that, dummy, the reason no one is trying to enter illegally there is because Trump walled it off. So they never gave Trump credit where it was due, and they ascribed to him the worst. They predicted he would set off a nuclear war with North Korea or that he would ignite a Mideast conflagration by recognizing Jerusalem as Israel’s eternal capital. They took his words after Charlottesville and distorted and twisted them out of shape to create a false narrative that he had endorsed white supremacists and neo-Nazi wannabes. No president ever was so cheated and mistreated. As for the 2020 elections, they arbitrarily canceled one of the debates, froze social media from allowing news of Hunter Biden’s laptop and Biden family corruption all the way up to “the Big Guy,” and expanded all the Democrats’ hokey modifications of election rules.

It was not fair, and his backers stood by him, never wavering, not even during the 2022 primaries.

The question all MAGA supporters now must confront is: What is the plan for 2024?

You can’t always get what you want. But if you try sometime you find you get what you need. MAGA supporters want Trump, but we need to win. We have seen from Ron DeSantis and Greg Abbott and Ron Johnson and Ted Cruz and so many others that we can win. Even with cockamamie voting machines and a hundred years’ time to vote before election day and vote harvesting and unattended drop boxes and fixed-up postmarks. We still can win big.

We need a candidate enough Americans will accept. As William F. Buckley Jr. famously said, we need “the most right, viable candidate who could win.”

Why can’t Trump win in 2024? There are many reasons, many of them horribly, brutally unfair to him. By any measure of justice, those unfair factors should not be allowed to impact. But presidents are not elected by philosophers or theorists, ethicists or political scientists or psephologists. Rather, presidents are elected by the fools, morons, and zhlubs who gave electoral majorities to Obama, Hillary, and Joe Biden. It is they whom we must attract, or we get four more years of a doddering octogenarian (not that we should not honor our society’s doddering octogenarians because we all will be fortunate to get to that ripe age, whether doddering or astute) who has done more to destroy our society and country in two years than most anyone else, from Benedict Arnold to Vladimir Putin to Ayatollah Khomeini, ever has done in a lifetime.

It is too late for President Trump to change his style. Won’t happen. He will not surround himself with insightful, deep MAGA-motivated advisers whose counsel he will seek or whose wisdom he will consider seriously. He will not apologize or walk back understandable and defensible missteps that are easily correctable if only addressed directly, promptly, and with a touch of humility or righteous outrage. Certainly, many of us love that about him — his brash freshness, his no-nonsense refusal to play the politics game, his strength to stand like a stone wall. But not enough of us. That is the lesson of 2018 and 2020 and 2022. Three in a row.

We have a treasury of riches on the GOP bench, all kinds of flavors: Ron DeSantis, Mike Pompeo, Ted Cruz, Mike Lee, Nikki Haley, Ron Johnson. The list is endless. And, yes, Mike Pence, who never wavered once in his support for the MAGA agenda through four tumultuous years. All kinds of flavors to reject and to select.

We must fight for the Trump MAGA agenda in 2024. It was not Moses’s destiny, despite 40-plus years of leadership for the ages, to lead the Children of Israel into the Promised Land. And it seems plainly clear, painful though it be for so many millions of us, that the road to a massive 2024 GOP win that awaits will not pass through Mar-a-Lago.