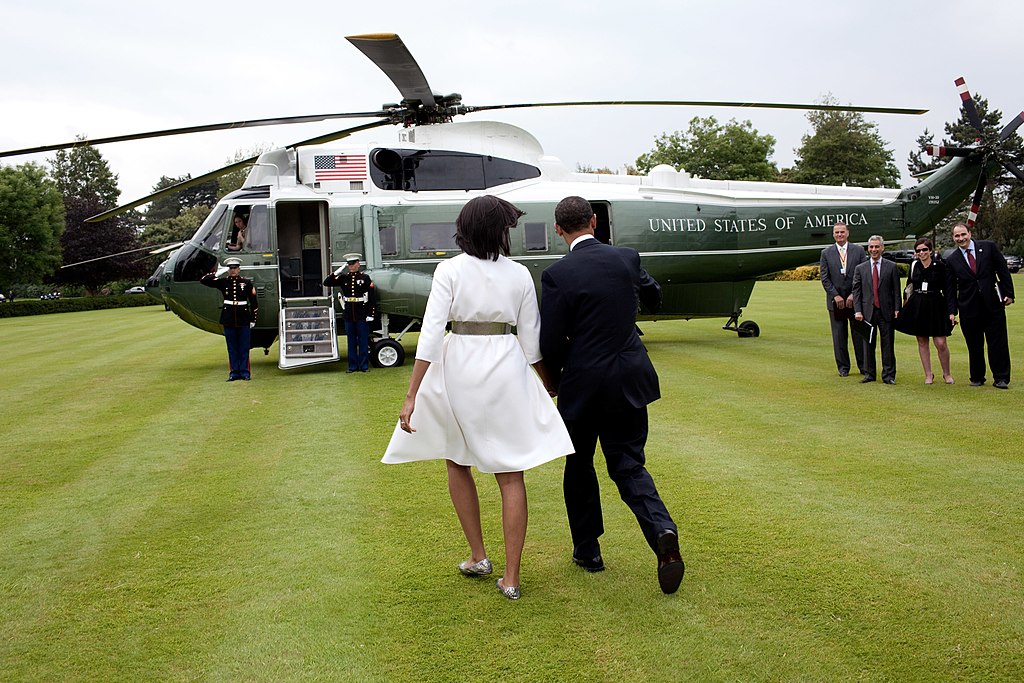 Book contracts routinely include a “failure to perform” clause. Contracts that come with a reported $65 million advance, such as the one signed by Barack and Michelle Obama in February 2017 with Penguin Random House (PRH), will inevitably include such a clause.

Among the most common of such failures is the failure to complete a contacted work by an agreed-upon deadline. PRH is staring down one such failure right now. At the time the Obama deal was made in early 2017, insiders were telling Publishers Weekly that books by both Michelle and Barack would be released in fall 2018.

Michelle’s book, Becoming, was released by PRH’s Crown division on schedule in November 2018 and has exceeded expectations. Barack’s book will be released at least two years behind schedule with no publication date in sight.

“The delay is wreaking havoc with print scheduling and of course budget planning,” one publishing insider told me. “The enormous advance is starting to ‘raise’ concerns within the publisher. While Michelle’s book performed well, Obama needs to deliver the book and sales to make the overall deal worthwhile.”

Barack Obama, in fact, has a history of failing to perform. A 2006 article by publisher Peter Osnos shed some unflattering light on Obama’s deadline problems. As Osnos related, a 1990 New York Times profile on the Harvard Law Review’s first black president caught the eye of hustling young literary agent Jane Dystel. Dystel persuaded Obama to put a book proposal together, and she submitted it. Poseidon, a small imprint of Simon & Schuster, signed on and authorized a roughly $125,000 advance in November 1990 for Obama’s proposed book.

With advance in hand, Obama repaired to Chicago, where the University of Chicago offered him a stipend, benefits, and an office to help him write what Obama told the administrators would be a book on race and voting rights. He also did some writing at the offices of his new employer, Davis, Miner, Barnhill & Galland, the town’s leading civil rights firm. Some of his new colleagues were reportedly less than thrilled to see their young associate, feet up on his desk, doodling on his book on company time. The named partners, however, indulged him.

In the spring of 1992, on top of his existing obligations, Obama was offered the opportunity to head up Project Vote, a “nonpartisan” voter registration effort designed to herd thousands of fresh Democrats to the polls come November. If Obama accepted the offer, he would have still another excuse for not being able to meet his June 15, 1992, manuscript deadline despite the generous 18 months he had been allotted. He took the job and missed the deadline. Simon & Schuster extended it.

In November 1992, he and Michelle married. After their honeymoon, in order to finish without interruption, Obama decamped to Bali for a month. Nothing happened.

“Obama had missed deadlines and handed in bloated, yet incomplete drafts,” wrote friendly biographer David Remnick in his 2010 book, The Bridge. Bali or not, advance or no, Obama could not produce. He was surely in way over his head.

Simon & Schuster lost patience. In the summer of 1993, the publishing house noted his failure to perform and cancelled the contract.

According to Osnos, the publisher asked that Obama return at least some of the advance. According to biographer Christopher Andersen, Obama had spent $75,000 of the advance and could not pay it back. The publisher let Obama keep the money only after he pled poverty due to “massive student loan debt.”

As Osnos told the story, Dystel did not give up. She solicited Times Books, the division of Random House at which Osnos was publisher. He met with Obama, took his word that he could finish the book, and authorized a new advance of $40,000.

In addition to his many distractions, Obama’s Luddite approach to writing slowed him down further. “I would work off an outline — certain themes or stories that I wanted to tell — and get them down in longhand on a yellow pad,” he would later relate to Daphne Durham of Amazon. “Then I’d edit while typing in what I’d written.”

In late 1994, Obama finally submitted his manuscript for publication, now a memoir titled Dreams from My Father. Remnick expected the public to take an awful lot on faith: specifically, that a slow writer and sluggish student who had nothing in print save for a couple of “muddled” essays, who blew a huge contract after nearly three futile years, who turned in bloated drafts when he did start writing, who had gotten married, and who had taken on an absurdly busy schedule, somehow suddenly found his mojo to write what Oona King in her London Times review called “a beautifully written personal memoir steeped in honesty.”

Remnick quoted Henry Ferris, the Times books editor, to bolster Obama’s claim to authorship. Ferris “worked directly with Obama,” wrote Remnick, but Ferris edited in New York while Obama wrote in Chicago. Ferris would have had no way of knowing just how much of the editing or writing Obama was doing himself.

Andersen based his account of Dreams’ creation on two unnamed sources within Hyde Park. By any standard, it rings truer than Remnick’s. As Andersen related in his 2009 book, Barack and Michelle: Portrait of a Marriage, Obama found himself deeply in debt and “hopelessly blocked.” At “Michelle’s urging,” Obama “sought advice from his friend and Hyde Park neighbor Bill Ayers.” What attracted the Obamas were “Ayers’s proven abilities as a writer” as evident in his 1993 book, To Teach.

Noting that Obama had already taped interviews with many of his relatives, both African and American, Andersen elaborated, “These oral histories, along with his partial manuscript and a trunkload of notes were given to Ayers.” In fall 2008, I had come to similar conclusions about Ayers’s involvement through standard literary forensics. Andersen never talked to me.

For his 2006 book, The Audacity of Hope, Obama had plenty of help. It was obvious. The book reads as if it were written by committee. Indeed, in the book’s acknowledgements section Obama lists an astonishing 24 people who provided “invaluable suggestions.”

The New York Times’s Michiko Kakutani observed that portions of Audacity sounded like “outtakes from a stump speech,” and she was righter than she knew. At least 38 passages from Obama speeches delivered in 2005 or 2006 appear virtually word for word as ordinary text in Audacity.

Knowing the genesis of Audacity, Ayers publicly dismissed it for what it was — a “political hack book.” He also distinguished the book from Dreams, which he described as “very good” and for which he often took playful credit.

Ayers, of course, will keep at far remove from Martha’s Vineyard. Obama has moved on, in any case. If he actually plans to write this book by himself, as he claimed to have done with his two previous books, he may be on that island for a long, long time.

In Unmasking Obama: The Fight to Tell the True Story of Failed Presidency, Jack Cashill tells the story of how an American “samizdat” of bloggers, online journals, and citizen journalists challenged the Left — and, occasionally, the more respectable Right — for control of the Obama narrative.