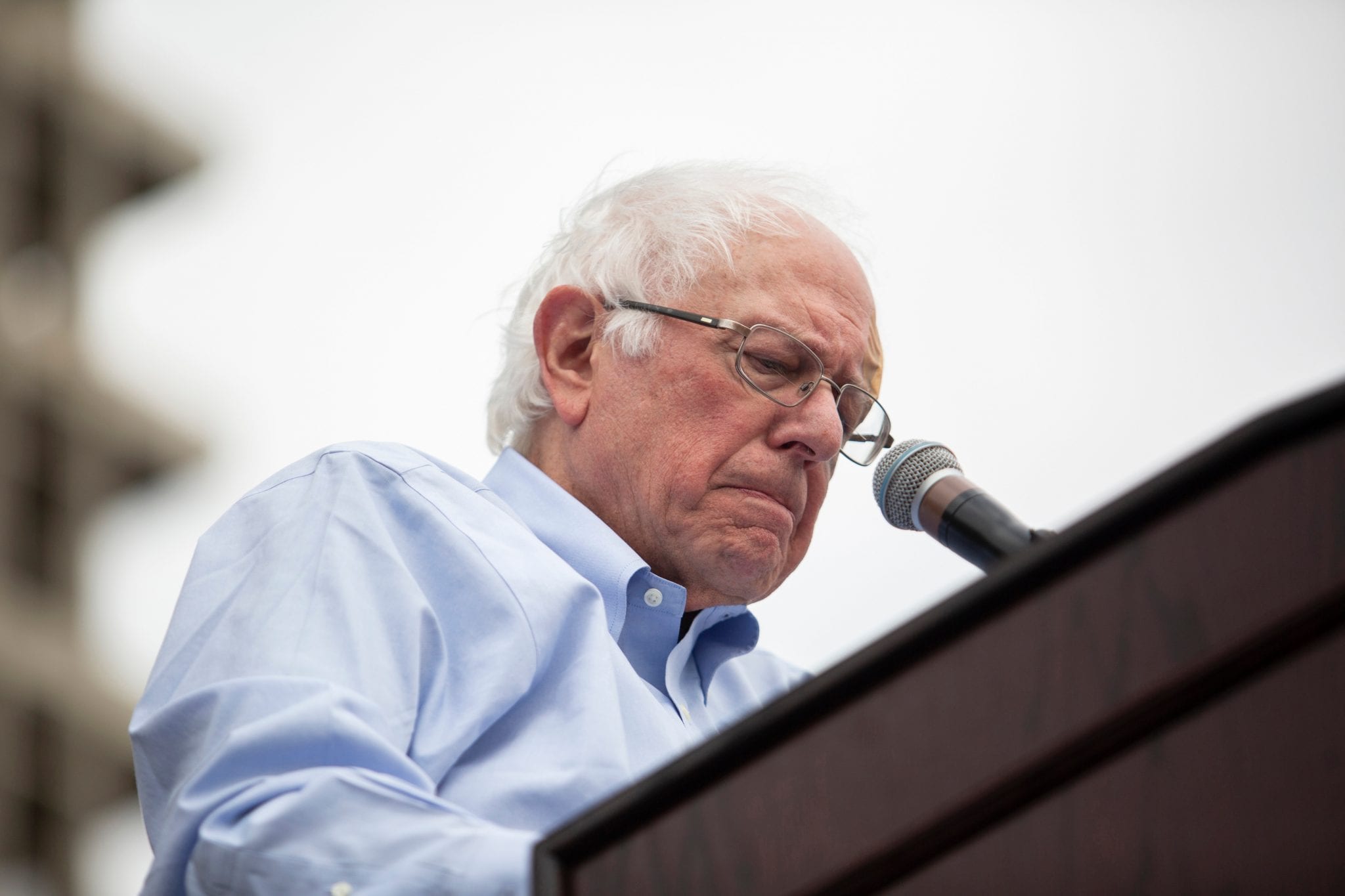 Bernie Sanders wears a permanent frown. It’s the kind of face an individual pulls after stepping in canine excrement. Now, the Vermont native has a genuine reason to look unhappy. The self-described Democratic socialist continues to drop in the polls. According to the latest Fox News survey, Sanders has dropped 6 percentage points since March. He now stands at 17 percent.

Furthermore, according to the the latest Quinnipiac poll, in a little over a year, Bernie’s favorability has dropped significantly, from 48% in January 2018 to 41% in 2019. Even among Democrats, according to the poll, Sanders has a 20% unfavorable rating.

Oh, how times changed. Just a few years ago Sanders was a darling of the left. The old dog was breathing new fire into a party overly reliant on the “wisdom” of Hilary Clinton.

Bernie was an evangelical progressive at a time when this was still somewhat of a novelty. This was his Unique Selling Point.

Free healthcare. Free education. You name it, Bernie was giving it away. However, in the space of just three years, everything has changed. Bernie is no longer the only progressive. As John Patrick Leary wrote in a piece for the New Republic, “In today’s Democratic primary field, everybody claims to see a progressive looking back at them in the mirror. Bernie Sanders has perhaps the soundest claim to the title; he co-founded the Congressional Progressive Caucus in 1991. But Kamala Harris also brands herself a “progressive prosecutor”; Cory Booker’s “progressive record is unimpeachable,” says his spokesperson; and even Joe Biden claims “the most progressive record of anybody.”

In 2019, you see, Bernie no longer has a Unique Selling Point. He’s just another face in an all too crowded field. What he’s selling is exactly what everyone else is selling: The stuff of fantasy and fiction, not reality.

Of course, Bernie’s descent into inconsequentiality is more nuanced than being the victim of a crowded field.

In December of 2018, more than two dozen women and men who worked on Sanders’ 2016 presidential campaign requested a meeting with the senator and his top political aides. According to a copy a letter obtained by Politico, these men and women wanted to “discuss the issue of sexual violence and harassment on the 2016 campaign, for the purpose of planning to mitigate the issue in the upcoming presidential cycle.” The letter discussed the “untenable and dangerous dynamic” that developed during the senator’s campaign. Although the signees did not describe specific instances of “sexual violence and harassment” that occurred on the campaign, the statement pointed to a pervasive culture of “toxic masculinity” in the Sanders camp.

What do Bernie, the nefarious concept of “toxic masculinity,” and Harvery Weinstein have in common?

Quite a bit, actually. In October 2017, the New York Times and the New Yorker reported that more than a dozen women accused Weinstein of sexually harassing, assaulting, or raping them. Many other women in the film industry subsequently reported similar experiences with Weinstein, who denied “any nonconsensual sex.” As a result of these accusations, Weinstein was fired from his production company, suspended from the British Academy of Film and Television Arts, expelled from the Academy of Motion Picture Arts and Sciences, forced to resign from the Directors Guild of America, divorced by his wife Georgina Chapman, and denounced by leading figures in politics whom he once supported.

Harvey Weinstein, a white, privileged man, became the puffy face of evil. He also became the face of “toxic masculinity.”

Millions of white men, especially those with power and money, were unceremoniously lumped into the same basket as the likes of Weinstein, many of them deemed guilty for simply existing and being successful.

Not only this, older white men with media presence and money were labeled creepy (today, Joe Biden’s hair sniffing doesn’t help the cause). As an elderly, white man with a great deal of power and influence. Bernie may very well have been swept up by the “Toxic Tornado.”

No, not at all. After all, Bernie’s campaign was synonymous with the idea of the “Bernie Bro” caricature. In this post-#MeToo world, such an association is a recipe for disaster.

Couple this in with another fact. Sanders is a devout socialist. The mere mention of the “top 1 percent” is enough to make Bernie salivate and growl. He bows at the altar of Karl Marx and Friedrich Engels. But, he also appears to be worshipping at the altar of Adam Smith, the father of modern capitalism.

According to his tax returns, Sanders’ income now puts him within the top 1 percent of taxpayers. Today, he might preach the gossip of parsimony, but he’s certainly not practicing it. From listening to him speak and observing the way he dresses, one would be forgiven for thinking that Sanders lives in a box under a bridge in Vermont.

In fact, the 77-year-old is a three-home-owning millionaire. His net worth is about $2 million. In many ways, Sanders has become one of those people he so vehemently opposes. As a psychologist, we could go all psychoanalytic here and discuss the possibility of deep self-loathing, but that is an article for another day, if ever. Sanders likes to view himself as the Rocky Balboa of the left, the self-designated champion of the underclass. He is David, tirelessly battling capitalism, otherwise known as Goliath. Instead of defeating Goliath, however, Sanders appears to be sharing a bed with “him.” Goliath has a weakness for elderly, white men, it seems.

Bernie Sanders, a man who made a career out of berating millionaires, also happens to be a millionaire socialist. A penny for your thoughts, Karl Marx.