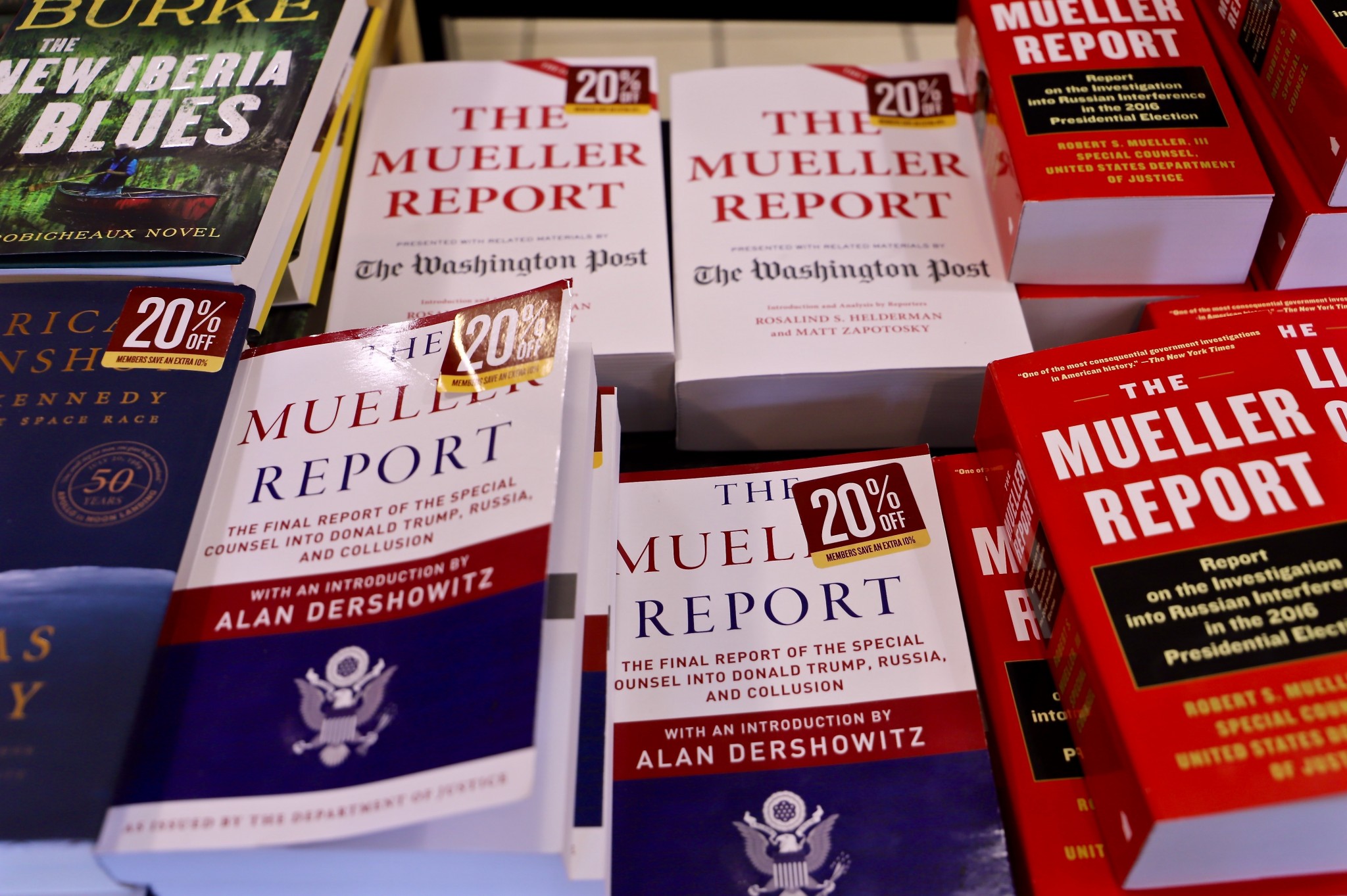 More Politics
Sign up to receive our latest updates!
Register
Hot Off
The Press
Presswatch
NYT’s Hit Job on Barr and Durham Fizzles
by E. Donald Elliott
Hither and Yon
And So Begins the Long Goodbye
by Scott McKay
In Search of Wisdom
The Political Wisdom of Sarah Churchill
by Shmuel Klatzkin
In Print Fall 2022
The Road to Dobbs
by Tom Raabe
Crime Time
Antifa Means Pro-Riot
by Debra J. Saunders

Fun fact: It took special counsel Robert Mueller less than two years to release his report into Russian interference in the 2016 election, dubbed Crossfire Hurricane. It’s been more than two years since then Attorney General William Barr named John Durham to head a probe into the origins of the Russian investigation.

One investigation resulted in a raft of indictments and convictions. The other, not so much, probably because Durham is more scrupulous than the Mueller team.

“We’re still interested in the results of John Durham’s investigation,” Steve Groves, a former aide to President Donald Trump now with the Heritage Foundation, told me. “And now that his investigation has lasted longer than the Mueller investigation, hopefully we’ll learn about his findings soon.”

For his troubles, Mueller can boast a long list of scalps. That might lead the public to believe his team uncovered massive wrongdoing in the Trump campaign. That’s not the case.

The March 2019 Mueller report found that Russia did try to tilt the presidential race in Trump’s favor, but the probe “did not establish that members of the Trump Campaign conspired or coordinated with the Russian government in its election interference activities.”

A jury found Trump whisperer Roger Stone guilty of seven felonies, including lying to Congress and obstructing Mueller’s probe. His sentence: 40 months. Trump pardoned Stone and Flynn before they were incarcerated.

After cutting plea deals, George Papadopoulos, a one-time foreign policy adviser to the campaign, served 12 days in federal prison, and Dutch attorney Alex van der Zwaan served 30 days in jail — both for lying to the FBI during the investigation. Such convictions often are referred to as “process crimes” because they involve not original offenses but interactions with the criminal justice system itself.

In contrast, there has been one conviction stemming from the Durham probe for a false statement, and the offender, an FBI lawyer, will not go to jail.

In the early days of the Russian probe, an FBI official had asked if Page had served as a source for the government, as Page maintained; Clinesmith falsely altered a document by adding “not a source” in a fourth FISA application.

Clinesmith has maintained he thought his alteration was accurate, as if it were an honest mistake.

Be it noted, after the election, Clinesmith texted, “I am so stressed about what I could have done differently” — as well as, “The crazies won finally” and “Viva la resistance!”

Carter Page generously testified that he did not want Clinesmith to serve time.

“I don’t want him to go to prison” either, former Department of Justice spokesman Mark Corallo told me. But given that Page’s Fourth Amendment rights were violated, “Shouldn’t his law license be taken away?”

Now we learn that Clinesmith cut a deal with the D.C. Bar that, if approved, would allow him to practice law in August.

“When cops break the rules, we’re supposed to hammer them,” said Corallo. Not in this justice system and with these career bureaucrats.

The New York Supreme Court suspends the former Trump attorney Rudy Giuliani’s law license while a federal judge agrees to allow Clinesmith to return to the law. Yes, I know, Giuliani is an embarrassment, but unlike Clinesmith, he hasn’t been convicted of a felony.