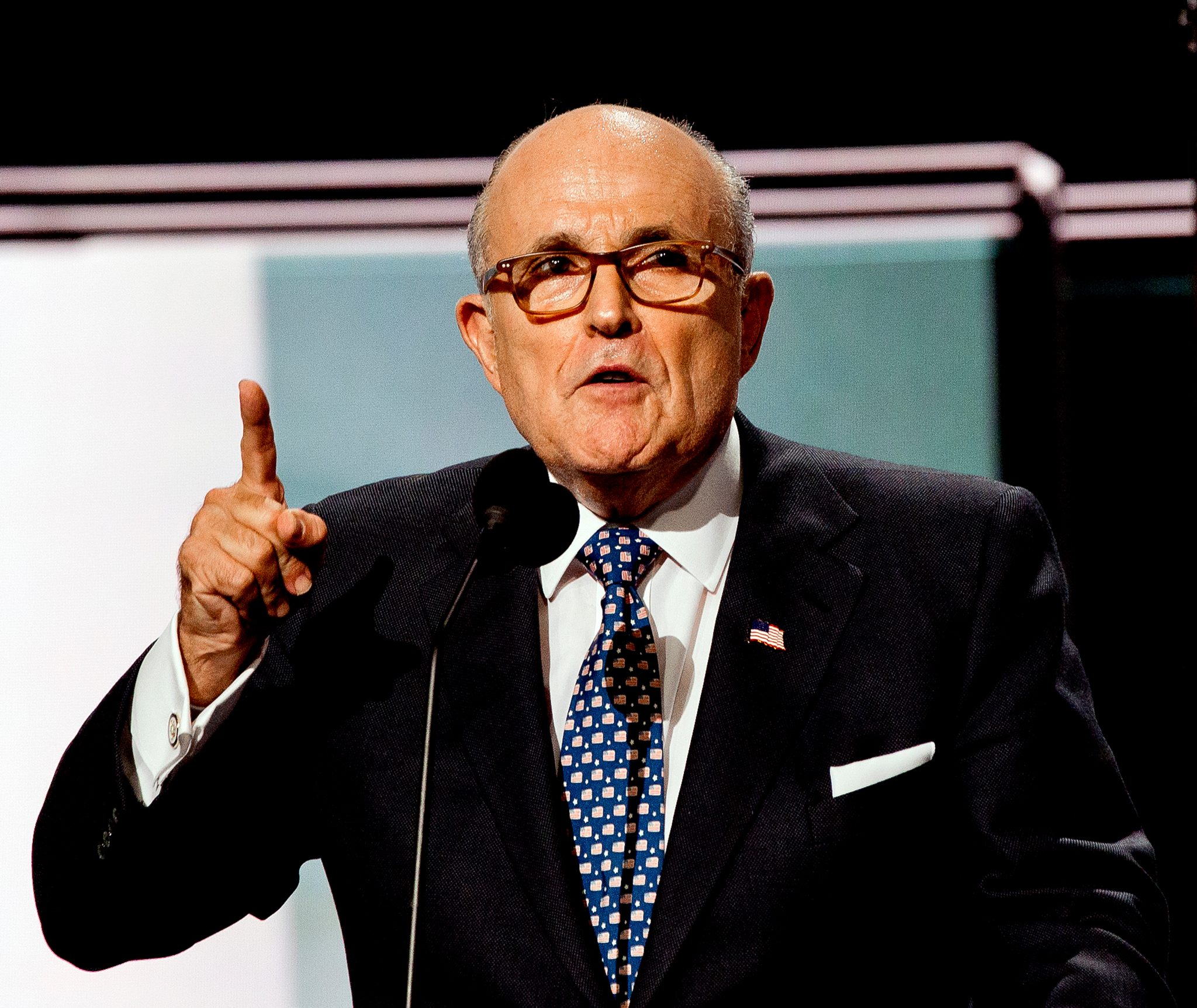 The headline in the New York Post read this way:

Rudy Giuliani’s law license was temporarily suspended on Thursday by a panel of New York judges who found he made “false and misleading statements” related to voter fraud in the 2020 presidential election.

The ruling from the appeals court said there was “uncontroverted evidence” Giuliani made false statements while he was acting as legal counsel for former President Donald Trump.

In fact, Giuliani has said repeatedly that he had hundreds of sworn affidavits that alleged voter fraud — and that is called evidence. Direct evidence, not made-up stories from Giuliani himself.

The judges — all Democrats — are as follows:

The Post story reported this, bold print for emphasis supplied:

The jurists highlighted a number of examples when Giuliani leveled false claims about the number of absentee ballots counted in Pennsylvania after Biden had carried the state, which Trump won in 2016.

“Respondent made these false claims during his November 8, 2020 radio program, Uncovering the Truth with Rudy Giuliani & Dr. Maria Ryan, during a November 25, 2020 meeting of the Republican State Senate Majority Policy Committee in Gettysburg, Pennsylvania.” …

I’ll give you one other enormously puzzling statistic. You sent out in the State of the Commonwealth of Pennsylvania, 1,823, 148 absentee or mail-in ballots. You received back 1.4 million, approximately. However, in the count for President, you counted 2.5 million. I don’t know what accounts for that 700,000 difference between the number of ballots you sent out and the number of ballots that ended up in the count. That number, 2,589,242 was on your government website until yesterday. And yesterday, it was removed without explanation. I’m going to be very interested in hearing what the explanation is. And I can’t imagine you could possibly certify without knowing …

Let’s repeat the key phrase from Rudy. He said this:

That number, 2,589,242 was on your government website until yesterday. And yesterday, it was removed without explanation.

To say otherwise, as these five judges have done, is a bald-faced lie.

The judges amazingly if unwittingly say this: “nor is there any copy of the web page that purportedly listed the allegedly incorrect data.”

Again? Hello? Giuliani noted in his testimony that the information he used had been “removed without explanation.” If the information was removed without explanation — then, as the judges said there would not be a “copy of the web page that purportedly listed the allegedly incorrect data.” Removed is … removed. Gone. Poof. Which the judges themselves are now saying — just as Rudy said in his testimony.

Again, the judges are making all of this up out of whole cloth.

The judges also said this of Giuliani: “He persisted in making wide ranging conclusory claims of fraud in Pennsylvania elections and other jurisdictions allegedly occurring over a period of many years.”

Of course he said this — because it is factually true. Did these New York judges not do their homework on voter fraud in Pennsylvania?

Here is then-United States Attorney for the Eastern District of Pennsylvania William M. McSwain in a statement on May 21, 2020. The headline of his press release:

McSwain began his remarks by saying this, bold print for emphasis supplied:

Good morning. I am here to announce that the U.S. Attorney’s Office has unsealed criminal charges against Domenick J. DeMuro, a former Judge of Elections for the 39th Ward, 36th Division in South Philadelphia. DeMuro has been charged with two counts: first, for conspiring to deprive Philadelphia voters of their civil rights by fraudulently stuffing the ballot boxes for specific Democratic candidates in the 2014, 2015, and 2016 primary elections; and second, for a violation of the Travel Act, which forbids the use of any facility in interstate commerce (here, a cell phone) with the intent to promote certain illegal activity (here, bribery). DeMuro has pled guilty to both of these charges.

PHILADELPHIA – United States Attorney William M. McSwain announced today that former U.S. Congressman Michael “Ozzie” Myers, 77, of Philadelphia, Pennsylvania, has been charged by Indictment with multiple counts, including conspiring to violate voting rights by fraudulently stuffing the ballot boxes for specific Democratic candidates in the 2014, 2015, and 2016 Pennsylvania primary elections, bribery of an election official, falsification of records, voting more than once in federal elections, and obstruction of justice. U.S. Attorney McSwain’s video statement providing additional details about this case is available on the Office website here: https://www.justice.gov/usao-edpa/video/us-attorney-william-m-mcswain-announces-indictment-former-congressman-election-fraud.

Then there was this gem of a headline from the New York Times in 1994:

Saying Philadelphia’s election system had collapsed under “a massive scheme” by Democrats to steal a State Senate election in November, a Federal judge today took the rare step of invalidating the vote and ordered the seat filled by the Republican candidate….

That was, as mentioned, in the New York Times — the home state paper for those five New York judges.

Clearly not read either by these judges are the memoirs of the late Pennsylvania U.S. Sen. Arlen Specter, who wrote in his memoirs that “tampering with voting machines” was “a standard Philadelphia ploy.”

Yet the judges said this of Giuliani: “He persisted in making wide ranging conclusory claims of fraud in Pennsylvania elections and other jurisdictions allegedly occurring over a period of many years.”

Yes, Rudy Giuliani did exactly that — because the record shows that in fact, just as Rudy said, there has indeed been voter fraud at work in Pennsylvania over a period of many years.

What’s going on here with the suspension of Rudy Giuliani’s law license is nothing more or less than plain, old-fashioned Democratic Party machine politics.

It is a corruption of justice by five New York state judges whose written opinion deliberately and willfully lies about what Rudy Giuliani has said.