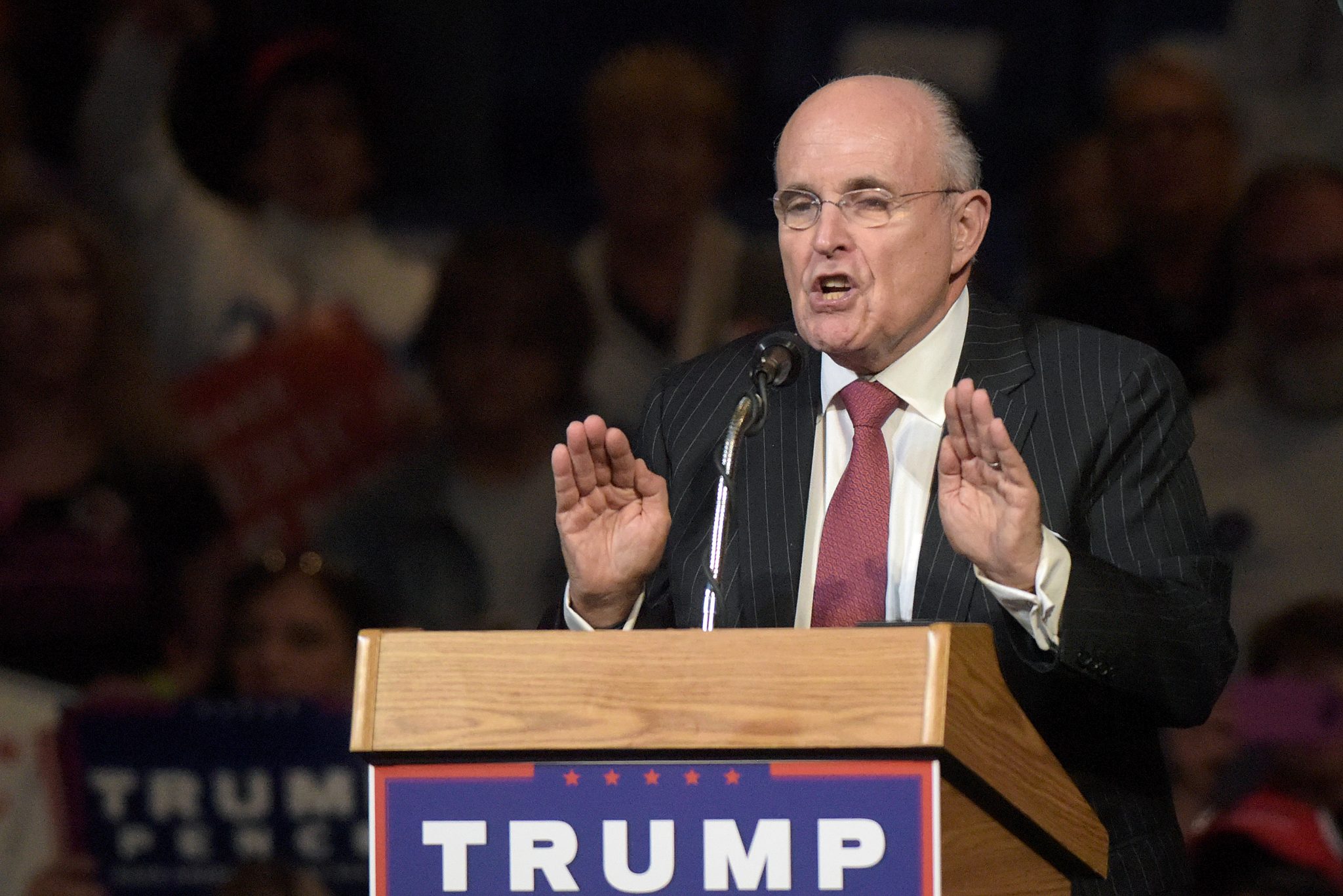 In a Grade-A example of high-level corruption, the now Biden-run Department of Justice has turned its legal guns on … Rudy Giuliani.

Let’s recall that during the 2020 campaign, the former New York mayor and lawyer for President Trump was given access to Hunter Biden’s misplaced laptop — the laptop that was left for ages at a Delaware repair shop with no effort to retrieve it.

When the repair shop owner realized what was on the laptop, he sent the contents to Giuliani, who in turn, in the finest traditions of whistleblowers, gave them to the New York Post. Front-page headlines on the contents of Hunter’s laptop resulted — headlines like this one, replete with smiling photos of Joe and Hunter:

“Dear Hunter, thank you for inviting me to DC and giving an opportunity to meet your father and spent [sic] some time together. It’s realty [sic] an honor and pleasure,” the email reads.

An earlier email from May 2014 also shows Pozharskyi, reportedly Burisma’s No. 3 exec, asking Hunter for “advice on how you could use your influence” on the company’s behalf.

The blockbuster correspondence — which flies in the face of Joe Biden’s claim that he’s “never spoken to my son about his overseas business dealings” — is contained in a massive trove of data recovered from a laptop computer.

There were more Hunter laptop blockbuster stories to follow, revealing Hunter to be a Class A influence-peddler, using his father’s vice presidency to make a fortune. These stories and revelations infuriated Joe Biden — not with Hunter but with Giuliani for exposing the grift.

Thus it was that during the second presidential debate with then-President Trump in 2020, candidate Biden growled this about Rudy Giuliani, as headlined here at Fox News:

The story on this jewel said this:

Of course, the laptop was not put out there by Russians. It was real. One hundred percent real. Biden’s claim that the laptop was Russian disinformation and Rudy Giuliani a Russian pawn was in fact a baldfaced pair of lies.

Fast forward to today. Joe Biden is in the White House and, with his various minions, in charge of the U.S. Department of Justice. As if the department had not been corrupted enough during the Obama–Biden administration when it was caught targeting the Trump campaign, the Biden DOJ is picking up with its pattern of Biden corruption by literally raiding Giuliani’s New York apartment and law offices to collect all of Giuliani’s computers. And oh yes … they declined to take the hard drive Rudy had for Hunter’s laptop.

These are nothing less than the actions of a police state, literally using the FBI to target political adversaries in the style of the old Soviet Union’s KGB or Hitler’s Gestapo — secret police agencies both. If you dared to disagree with the powers that be, they were coming for you.

The very first thing that needs to happen here is an investigation of the Department of Justice itself. Who made this decision to raid the home and office of the previous president’s lawyer? What was the role of the new Attorney General, Merrick Garland? Of the new Biden Deputy Attorney General, Lisa Monaco?

The search warrant — served at, get this, 6:30 a.m. — also wanted communications between Giuliani and journalist John Solomon. And, not to be forgotten, forcibly took the legally private and protected communications that are subject to lawyer–client privilege.

Got that? The First Amendment and a free press be damned: the rights of a lawyer and a client are out the window as the Biden Department of Justice is scooping up the private communications among Giuliani, his client, and an American journalist.

Fox’s Jesse Watters got it exactly right on the network’s The Five when he said this:

I think I speak for everybody on the show when I say this, Rudy Giuliani is a national treasure. Don’t disagree, I speak for everyone on the show when I say this, the guy took on the mob, he took on crime, al Qaeda, counselor to the president, and now Democratic prosecutors want to lock up a 76-year-old icon for a lobbying technicality, Juan? Because he advised the president he should fire a rotten ambassador? You don’t have to register to lobby for that. Hunter Biden advised his dad to fire a prosecutor, did he register? Where’s the raid on Hunter’s house?

That is attorney-client privilege and that’s sacred, everybody should respect that, so what did the prosecutors do? They just raided the guy’s house and you’re not disturbed by the pattern that two Trump lawyers has their homes raided and the campaign manager has his home raided and another confidant has his home raided? You’re not disturbed by that pattern? The fact that Democrat prosecutors are waging political warfare for the benefit of the Democratic Party? Just to show purge Trump because he challenged the system? That should scare everybody, Juan, this is a thin predicate and everybody knows it.

This raid, mind you, comes with Biden only a mere 100 days into his term.

It is time for Republicans to demand an immediate investigation into the conduct of the Biden Department of Justice. Anyone and everyone who had a hand in this blatant corruption should be investigated and prosecuted.

And then there’s the old, famous Watergate question: What did the president know, and when did he know it?

It’s time to find out.