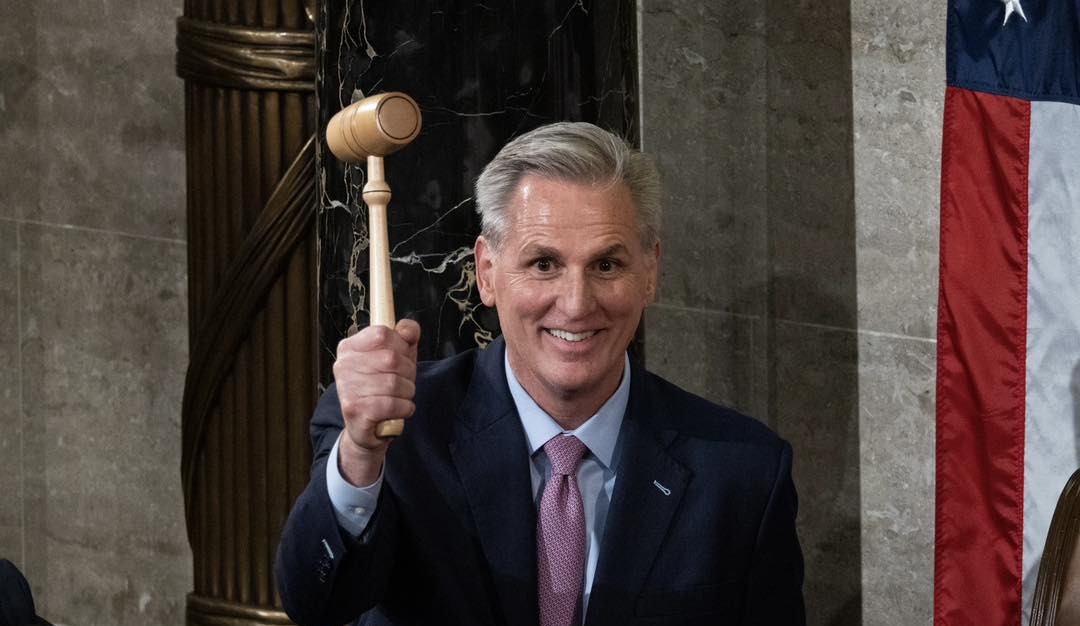 “I do want to especially thank President Trump,” McCarthy told reporters. “I don’t think anybody should doubt his influence. He was with me from the beginning … he was all in.”

“He would call me, and he would call others. He really was — I was just talking to him tonight — helping get those final votes,” McCarthy said. “What he’s really saying, really, for the party and the country, that we have to come together. We have to focus on the economy. We’ve got to focus, make our borders secure. We gotta do so much work to do, and he was a great influence to make that all happen. So, thank you President Trump.”

McCarthy could not have been clearer. Former President Donald Trump went out of his way to campaign for McCarthy — and it worked. McCarthy won.

So where are the countless media reports that McCarthy himself is attributing his win to Trump? After all, if a Trump-backed candidate lost in 2022, the media and Trump critics were quick to pounce and blame the loss on Trump.

Take this utterly laughable headline from the Huffington Post:

Trump Weighs In On Speaker Battle And Winds Up Proving His Weakness In The House, Too

CNN gloated early on in the voting process:

Then there was this classic over at NBC News:

Really? Really? There aren’t enough washcloths in the NBC newsroom to wipe so much egg from the face of NBC’s peacock.

My favorite headline from 2016 came from this New York Times story that ran on election day:

Hillary Clinton has an 85% chance to win.

The real question in all of this is how can supposedly sophisticated political observers get Trump wrong — and get him wrong repeatedly?

The answer is obvious. They let their left-wing politics — not to mention their obsessive Trump Derangement Syndrome — cloud their judgment. They live in a bubble, a bubble where colleagues, friends, and others share their TDS. And, tellingly, that obsession with Trump extends to his supporters, the millions of Americans who are routinely pictured in the left-wing media as a bunch of rubes, racists, and ignoramuses.

Once upon a time, way back there when Trump-style supporters were serious supporters of Democrat President Franklin Roosevelt, FDR would call them the “forgotten m[e]n.” Now, these “forgotten man” Americans are despised by far-left elites in the media.

As 2023 begins and the 2024 presidential election year rises on the horizon, it would do the media a world of good to spend some time taking stock of their reflexive Never Trumpism and its seriously bad influence on their resulting seriously bad judgment.

Will that happen? Of course not. They are too far gone.

And so, as Trump triumphs in McCarthy’s victory — a victory McCarthy himself is attributing to the former president — the media falls silent.

And Speaker McCarthy is the first to say so.

Which drives the fake news crazy.

What Coverage of the Rogers–Gaetz Exchange Missed