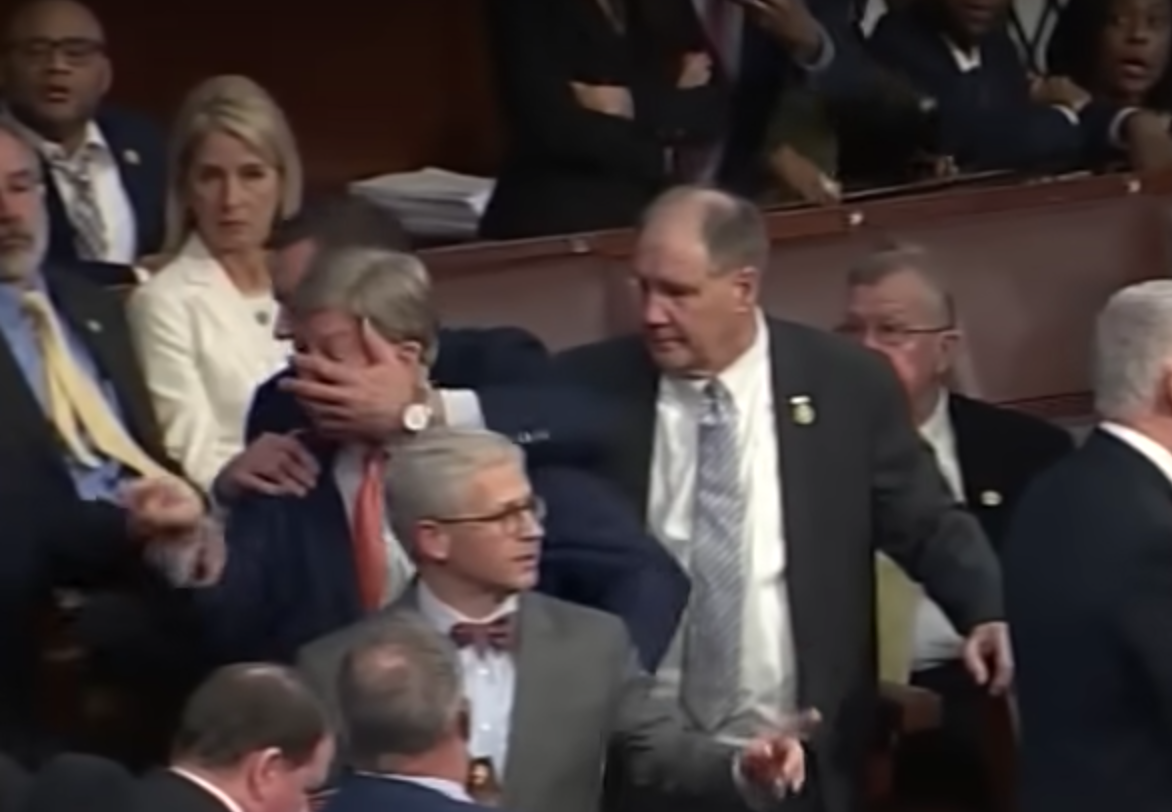 The coverage of Rep. Richard Hudson needing to restrain Rep. Mike Rogers to prevent him from attacking Rep. Matt Gaetz missed something, namely, what happened.

If you watch the video, Rogers approaches Gaetz and his words appear heated. But not only did he never touch Gaetz, he never closed enough distance to touch him even if he wanted to.

If Hudson had never intervened, then the public would never have seen any of this. Possibly he grasped something about the situation on the floor that we could not know at home.

But his over-the-top intervention — did he really need to grab the man’s face? — strikes as the most unwise move in the whole brouhaha.