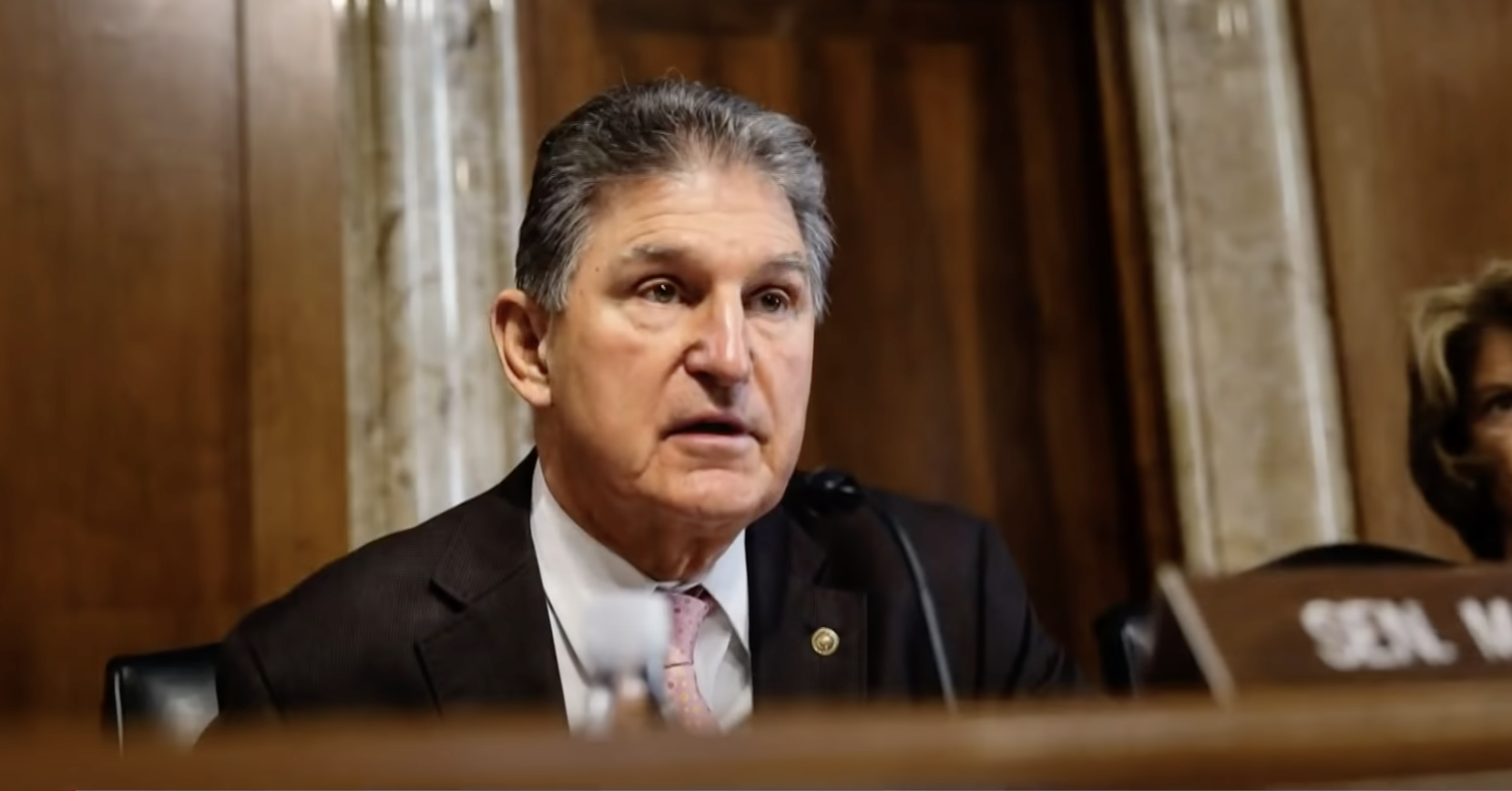 A lot of Republicans breathed a sigh of relief when Sen. Joe Manchin (D-W.Va.) reiterated his support for the filibuster and pledged to vote against the For the People Act (S 1). His decision, which he explained in a Sunday op-ed written for the Charleston Gazette-Mail, is certainly good news. But, before celebrating the death of the pernicious “voting rights” bill, it would be useful to read paragraph 12 of Manchin’s column, wherein he declares his support for the equally dangerous John Lewis Voting Rights Advancement Act (S 4263). This bill, like S 1, would effectively gut voter-ID laws and usurp state sovereignty over elections.

In his op-ed, Manchin makes the following claim about S 4263: “The John Lewis Voting Rights Advancement Act would update the formula states and localities must use to ensure proposed voting laws do not restrict the rights of any particular group or population.” The senator fails to mention that it would also exhume an obsolete section of the Civil Rights Act (CRA) that violated a key principle of federalism and was declared unconstitutional by the U.S. Supreme Court in Shelby County v. Holder. Hans A. von Spakovsky of the Heritage Foundation explains why the Democrats so desperately want to reinstate this provision of the CRA:

Since the Shelby decision, there has been a false clamor about a supposed loss of voting rights. That is a myth created by the Left and abetted by the media. That myth has been perpetuated as a way of opposing reforms intended to improve the integrity of the election process, such as voter-identification requirements and the cleanup of state­wide voter-registration lists, and to justify the re-imposition of federal control over state election procedures by reviving the preclearance requirement.

Not for the first time, Sen. Manchin is attempting to have it both ways. West Virginia leans heavily toward the GOP. In 2020, for example, Trump won the state by 39 percent. Manchin, on the other hand, won his last Senate race by only 3 percent. He is the only West Virginia Democrat to hold statewide office and the only member of his party in his state’s congressional delegation. Consequently, he must pose as a principled statesman committed to bipartisanship, despite voting to convict Trump in both impeachment charades and supporting President Biden on every Senate vote that has been held since the election.

He knows West Virginia voters won’t forgive him if he flip-flops on the filibuster, and he knows S 1 won’t pass as long as that parliamentary device remains in place. The Democratic push for “democracy reform” presents Manchin with an opportunity to continue his bipartisan masquerade. By breaking with his party on the filibuster, he avoids an actual vote on S 1 — a Democratic power grab that hasn’t a prayer of garnering 60 votes — while working to pass a similar arrogation of state prerogatives that would be no less malignant. Manchin supports imposing the John Lewis Voting Rights Advancement Act on every state in the union:

I believe Democrats and Republicans feel very strongly about protecting the ballot boxes allowing people to protect the right to vote making it accessible making it fair and making it secure and the John Lewis Voting Rights Act, if we apply that to all 50 states and territories, it’s something that can be done — it should be done. It could be done bipartisan to start getting confidence back in our system.… It’s about the country. It’s about the fairness of the system.

But it isn’t about fairness. The obsolete provision of the CRA discussed in paragraph two above applied to only nine states, plus miscellaneous jurisdictions in six others. These Democrat-controlled states and jurisdictions had particularly bad records on voting rights. Thus, what was meant to be a temporary provision was included in the CRA requiring these states and jurisdictions to get federal preclearance for any changes to their voting laws. This is the attenuated provision that the Supreme Court finally struck down in 2013. Now Sen. Manchin is urging Congress to revive it in order to foist preclearance on all 50 states?

The John Lewis Voting Rights Advancement Act would, in other words, require all states and jurisdictions to submit to federal preclearance — whether or not they have ever engaged in race-based voter suppression. At present, this cannot be imposed on any jurisdiction unless a court of law has determined that lawmakers have deliberately acted with racist intent to violate the 14th or 15th amendments. Under the latest iteration of S 4263, it would not be necessary to prove intent. That version, which was introduced in the last congressional session by Sen. Patrick Leahy (D-Vt.), has not been reintroduced in the 117th Congress.

Manchin’s announcement has not exactly endeared him to his fellow Democrats, the corporate media, or the Twitter mob. Rep. Jamaal Bowman (D-N.Y.) told CNN, “Manchin is not pushing us closer to bipartisanship. He is doing the work of the Republican Party.” Jennifer Rubin advises her Washington Post readers, “It’s time for Manchin to put up or share blame for Republicans’ subversion of democracy.” Atlantic journalist Jemele Hill tweeted, “This is so on brand for this country. Record number of black voters show up to save this democracy, only for white supremacy to be upheld by a cowardly, power-hungry white dude.”

It never occurs to the people who write such things that some people actually go to Washington to serve their constituents and their country. They can’t imagine that Sen. Manchin might actually want to do the right thing rather than the politically expedient thing. Sadly, Sen. Manchin has himself contributed to that cynical view. He’s a gun-totin’ Mountain State patriot once he crosses the border into West Virginia, but his constituents wouldn’t recognize the man he becomes once he arrives back inside the Beltway. Manchin is 73 years old, and he may well be trying to do the right thing this time. But how can the voters tell?