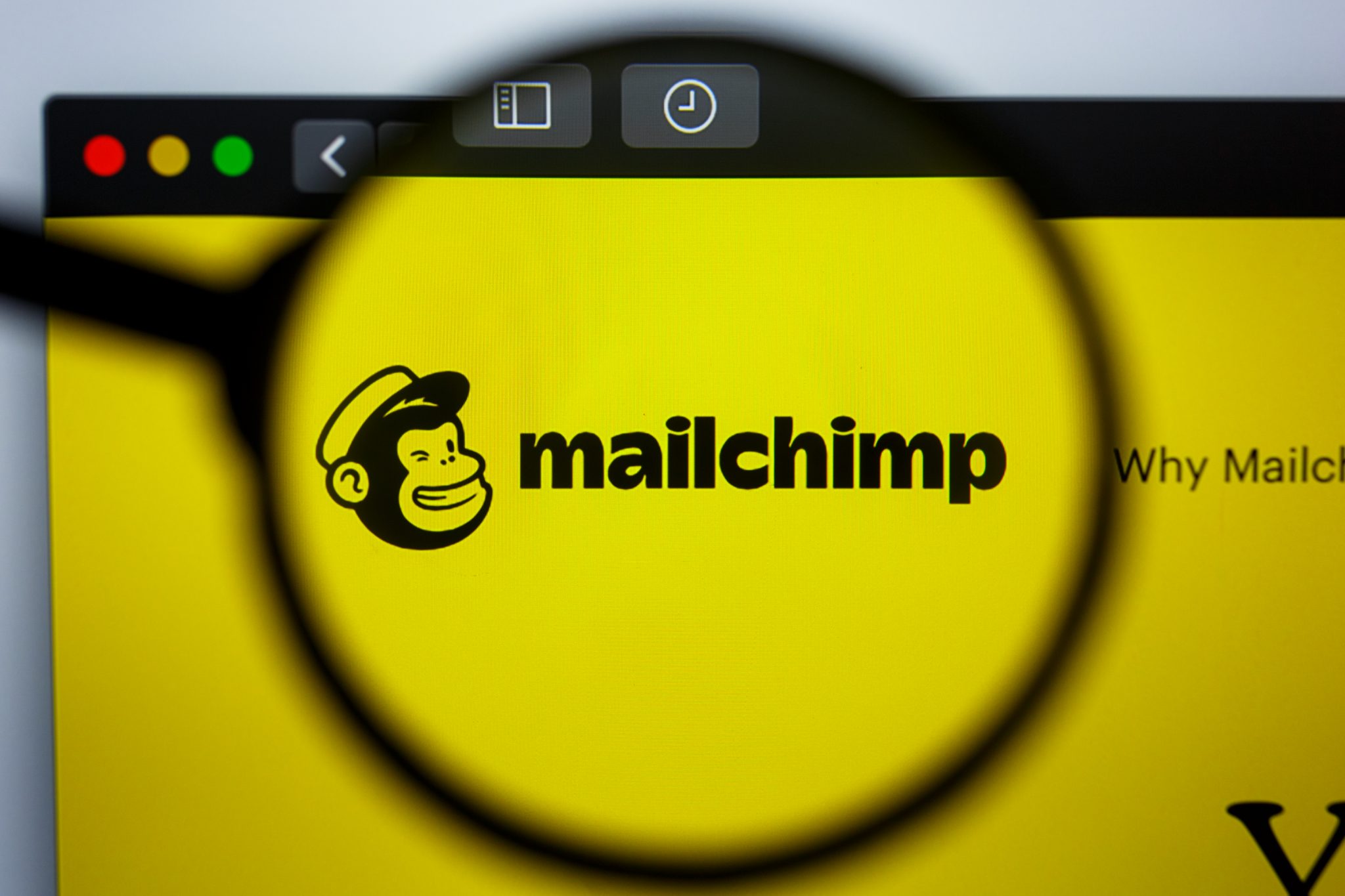 That might not be the dastardly Baron Harkonnen’s exact words from Frank Herbert’s landmark sci-fi novel Dune; he was speaking about spice, of course. But like the spice that allows for space travel in the Dune novels, information here in the real world is the most important resource for any would-be ruler. More than guns, more than gold, information allows those in charge, or those seeking to take power, to sway hearts and minds in ways that mere violence and bribery cannot.

In light of this, it’s no surprise that Big Tech companies in Silicon Valley and elsewhere have restricted the flow of certain information since Donald Trump’s election in 2016, and have only tightened the screws leading up to last week’s election and its aftermath. You remember: to abuse another famous quote, “First they came for Alex Jones, but I said nothing because I wasn’t a conspiracy theorist.”

In any event, we all know the big names in Silicon Valley and what they’re up to: your Twitters, Apples, Facebooks, and Googles. But a little over a week ago, one of the lesser-known but still widely used technology platform quietly changed its Standard Terms of Use (STOU), Data Processing Addendum (DPA), and Acceptable Use Policy (AUP), but at least had the common courtesy to spell out to users exactly what this means.

I am, of course, talking about Mailchimp, the simian-themed email platform used by many to send newsletters and other mass emails for both business and personal reasons. In the interests of full disclosure, I myself use Mailchimp, and so I received my very own copy of this update from Mailchimp’s legal team.

The money paragraph comes in the updated Section 17 of the STOU, which states that

Mailchimp does not allow the distribution of Content that is, in our sole discretion, materially false, inaccurate, or misleading in a way that could deceive or confuse others about important events, topics, or circumstances.

This is quite a burden for Mailchimp to undertake. One can only imagine the busy little employees — actual chimpanzees, perhaps? — hunched over their workstations monitoring users’ emails for such “materially false, inaccurate, or misleading” information. Don’t fret, though. This isn’t creepy at all. They just don’t want you to “deceive” or “confuse” anyone about “important events, topics, or circumstances.” Like maybe a presidential election.

Is a Mailchimp employee going to be monitoring every single outgoing email sent via its platform? Likely not. The chances are high that there are algorithms and other wonderous forms of Artificial Intelligence to do that so the humans can get on with the important stuff like updating the Standard Terms of Use. The interesting thing is that nowhere in the STOU are important terms like “materially false,” “inaccurate,” “misleading,” “deceive,” “confuse,” or “important events, topics, or circumstances” defined the way they would be in an actual statute.

This is likely by design. You have to understand: when it comes to legislation or terms of use, clarity is the enemy of the state. Ambiguity is not only what keeps the legal profession in business but also what allows tech platforms to cancel undesirable users under the patina of following the guidelines that everybody should know about.

Of course, these guidelines are never applied equally. We see this on other social media platforms, where, for example, death threats against children are allowed, and looters are permitted to coordinate their destructive plans. But don’t you dare talk about Q!

However Mailchimp actually monitors users’ emails, the important thing to remember is that they are monitoring them. And what they will do to users who violate the STOU is likewise not specified, although punishments ranging from refusal to send the offending emails to a total termination of a user’s account are highly plausible.

We have at least two examples of the consequences of running afoul of Mailchimp’s new policy, those of independent news sites SGTreport and Press For Truth:

Both SGTreport and Press for Truth were banned from accessing their Mailchimp accounts with little or no advance notice.

When they were locked out of their accounts, they also lost access to the emails of the thousands of subscribers that they had built over the years.

SGTreport tweeted that it had more than 14,000 subscribers, which it had accumulated over many years while paying Mailchimp $150 per month….

Dan Dicks, the owner of Press for Truth, said he lost access to information from thousands of subscribers.

“I feel like that’s my data,” Dicks said. “I was using it as a hedge against the coming censorship and they just pulled the plug on me there.’ ”

But the fun doesn’t stop there. Mailchimp, taking a page out of other tech giants’, payment processors’, and banks’ playbook, is apparently considering off-platform actions as violations of the STOU as well. Today, the Daily Mail reported that Steve Bannon was permanently suspended from Mailchimp, as well as Twitter, for some admittedly violent rhetoric about Dr. Anthony Fauci and FBI Director Christopher Wray:

Bannon then went a step further with his remarks, saying: “I’d actually like to go back to the old times of Tudor England. I’d put the heads on pikes. I’d put them at the two corners of the White House as a warning to federal bureaucrats.”

“You either get with the program or you are gone,” Bannon added.

The video was also on Facebook for about 10 hours on Thursday and amassed more than 200,000 views before the social media giant removed it.

Anybody with a half a brain and a sense of humor can understand that Bannon was not actually calling for Trump to pull the classic head-on-a-pike maneuver. But it doesn’t matter. The right people are allowed to say whatever they want on these platforms, and the wrong people will get banned on the slightest pretext. This does appear to violate Mailchimp’s own STOU and AUP, which say nothing about prohibiting off-platform actions. Indeed, both go to pains to describe the types of uses Mailchimp cannot be used for, not the types of behavior Mailchimp users will not be allowed to engage in in their day-to-day lives. This is mere conjecture and not to be taken as legal advice, but Mailchimp might be opening itself up to some liability here.

Court cases take time, however, and the damage is already done. If one relies on Mailchimp’s services to earn a living, and one for whatever reason finds themselves under the scrutiny of Mailchimp’s baleful eye, one can expect their entire business to be thrown into disarray over a difference of opinion.

But there is hope. Unlike some other tech platforms that lock users into their ecosystem or rely on network effects to make switching to another platform a pointless endeavor, there are myriad other mass email services available for users who send out newsletters or otherwise want to keep a mailing list. There is little cost to migrating to another platform save for the prospect of moving gathered email addresses from Mailchimp into the new service.

The decision to leave Mailchimp becomes doubly simple when one realizes that their interface is awful. Just absolutely putrid to the extent that it actively makes users not want to send an email, which, lest you forget, is Mailchimp’s core function. Once again, we see that when businesses are converged to the point of social justice being their No. 1 priority, they fail at their actual purpose.

It’s time to make Mailchimp history. They are not as big as Twitter, Facebook, or Google, so they’re more susceptible to a loss of users than those behemoths. If you are a Mailchimp user, abandon ship. There are programs like MailerLite, whose Terms of Use only call out “anti-vaccination” material as being objectionable. Better still is Constant Contact, whose Terms of Use don’t call out any political content whatsoever. I’d rather take my chances with a company that states it has “no obligation to monitor the content provided by you or your use of the Site or the Products,” even if it reserves the right to “remove any content, including websites, surveys, event registrations, social campaigns, Store Content, Appointments, Promotions, or Deals, or prohibit any use of the Site or the Products that we believe may be in violation of the foregoing or any other provision of this Agreement.”

Whichever platform you use, whichever platform you object to, it’s not enough to complain about it. Freedom-loving individuals cannot merely diagnose the problem and urge others to seek alternatives. We actually have to use said alternatives when switching to them is feasible. This is not always so — if you use Etsy for your handicrafts, for example, there aren’t many viable alternatives for you to choose from. When it comes to mass email platforms, there is an embarrassment of choices.

Mailchimp is a soft spot in the armor of Big Tech. Let’s make an example of them. It’s increasingly clear that there are no legislative solutions to Big Tech censorship and the uniquely American privatized social credit system we have. Information is key. It’s all that matters, and it’s increasingly the only weapon us regular folk have short of getting out in the streets. I don’t know about you, but I much prefer the non-violent option. Don’t forget about this classic American proverb: Hit ’em where it hurts … the wallet.

The information must flow.