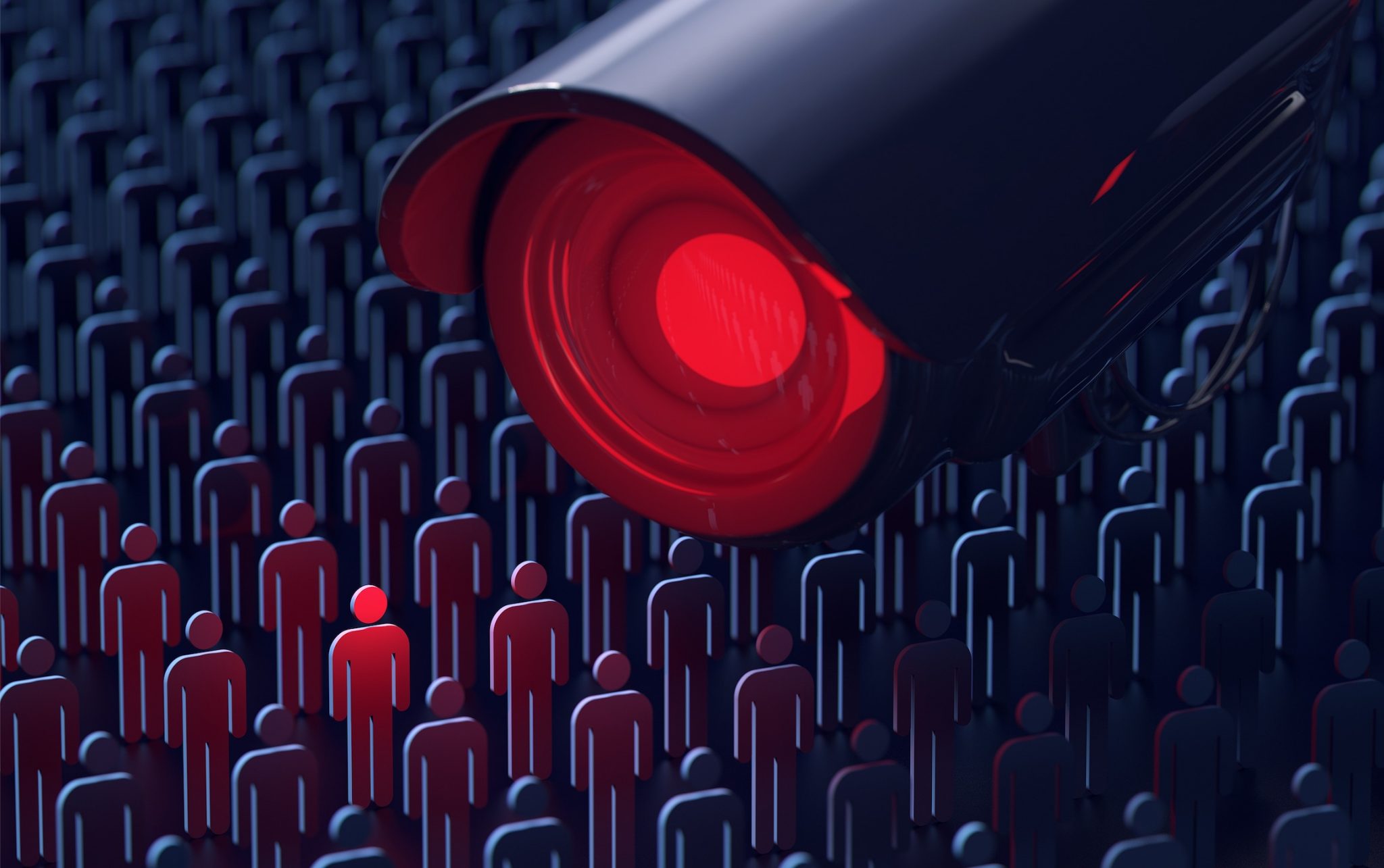 There is an urgent-care doctor in Bakersfield, California, by the name of Dan Erickson, and he and his business partner Artin Massahi posted a video on YouTube a few days ago making the case for herd immunity and an end to the economic shutdowns. The video was widely shared across the internet, but only for a short time.

Why? Because YouTube took the video down after it had racked up five million views.

Erickson and Massahi received a lot of pushback from their conclusions. Essentially, they extrapolated data they’d collected from running their area’s only walk-in COVID-19 testing site to project that some five million Californians had contracted the virus, and from that number they concluded the infection fatality rate, the real death rate from the virus rather than the case fatality rate that is being reported in the media, was only 0.3 percent. That number would make the Wuhan coronavirus only slightly different in lethality from the seasonal flu, and thus the response would be a complete and disastrous overreach.

Was their presentation scientific? Not especially, and the medical establishment panned Erickson and Massahi for their conclusions. Of course, the data models that inspired the government’s response to the virus weren’t overly scientific, either, and their results couldn’t possibly be said to reflect truth any more than Erickson and Massahi’s presentation. And the basic premise behind the presentation, that the Wuhan virus’s infection fatality rate is much lower than 1 percent and its ability to overwhelm the health-care system has been greatly oversold, is more than legitimate as a debate position. As expressed in this space more than once, this premise is almost certainly true, the sudden legacy media assault on it notwithstanding.

YouTube, though, has taken the position that it will censor any content on its platform that departs from the orthodoxy established by the World Health Organization (WHO):

President Trump announced recently the U.S. would halt funding the World Health Organization over its handling of the coronavirus — but that hasn’t stopped YouTube from taking the agency’s recommendations as gospel.

YouTube CEO Susan Wojcicki appeared on CNN’s far-left “Reliable Sources” on Sunday to discuss what the platform is doing to combat misinformation during the coronavirus pandemic. Wojcicki said YouTube would remove any videos that provide “problematic” information related to COVID-19.

Here was YouTube’s statement after taking down the Erickson/Massahi video:

We quickly remove flagged content that violate our Community Guidelines, including content that explicitly disputes the efficacy of local healthy authority recommended guidance on social distancing that may lead others to act against that guidance … However, content that provides sufficient educational, documentary, scientific or artistic (EDSA) context is allowed — for example, news coverage of this interview with additional context. From the very beginning of the pandemic, we’ve had clear policies against COVID-19 misinformation and are committed to continue providing timely and helpful information at this critical time.

To call this ridiculous is to be overly kind.

What is the WHO’s position, anyway? You could easily fill a book, as it’s almost certain someone will, with the tale of the WHO’s whoring for China in the early days of the outbreak of COVID-19, and the WHO’s positions were almost completely wrong. It echoed China in denying the virus could migrate from animals to humans, it criticized President Trump for banning travel from China … our readers know that whole story.

But most recently, aside from demanding that Trump restore U.S. government funding he’s withholding while he reviews the WHO’s putrid performance, the WHO is now touting Sweden’s approach to the virus.

What’s Sweden’s approach? Almost precisely what Erickson and Massahi suggested in the video YouTube banned. Sweden hasn’t shut their economy down; they’ve worked to isolate their at-risk population and otherwise allowed herd immunity to take over. Whether it’s been a good idea or not is arguable — Sweden so far has higher case counts and deaths than its neighbors. But the Swedes haven’t seen their health-care system be overloaded, and they’re going to hit herd immunity earlier, while their neighbors who did shut down will have a prolonged experience with the virus. When it’s all said and done, the case and death counts could easily even out, or the Swedes might even come out ahead.

Facebook is no better. The examples of Facebook posts being taken down, shadowbanned, posters being put in Facebook jail and so forth for offering heterodox opinions on COVID-19 are legion. And Facebook’s pronouncements about what they’re doing are perhaps even more obnoxious than YouTube’s:

We’re going to start showing messages in News Feed to people who have liked, reacted or commented on harmful misinformation about COVID-19 that we have since removed. These messages will connect people to COVID-19 myths debunked by the WHO including ones we’ve removed from our platform for leading to imminent physical harm. We want to connect people who may have interacted with harmful misinformation about the virus with the truth from authoritative sources in case they see or hear these claims again off of Facebook. People will start seeing these messages in the coming weeks.

Big Tech might claim they’re merely filtering out wrong information as they’re scolding and banning people for having a different opinion, but the establishment narratives on this virus from “authoritative news providers” have been all over the map. Remember when the virus was no worse than the flu and banning travel was a racist overreaction? Remember when they told you not to wear a mask? How do the suits at YouTube and Facebook really know what’s right and what’s not when the public health bureaucrats can’t even keep their stories straight?

This matters. It’s important. Because the Googles and Facebooks of the world have been playing a double game on the American people.

Yes, you can argue that they’re private companies and they have the right to host what content they choose. Except there’s more to the question than that.

So far, Facebook and YouTube have managed to pick up support in the courts for the idea that as private providers of private fora they aren’t governed by the First Amendment. The biggest case in point where that question is concerned was the PragerU case, in which the Ninth Circuit dismissed the conservative channel’s lawsuit against YouTube for demonetizing several of its videos.

But the argument in the PragerU case, whether you find it legitimate or not, was that the speech being restricted was “hateful” or “offensive.”

There is nothing hateful or offensive about arguing that economic shutdowns are misguided and ineffective in fighting COVID-19. When Facebook and YouTube start restricting speech along those lines, they’re taking an editorial position. They’re not policing speech in order to provide a safe or decent environment for their users; they’re asserting that their point of view is the only valid one.

That makes them publishers. In fact, Facebook has already used a legal argument that it’s a publisher, in a case in which it arguably defrauded the maker of a Facebook app. And that case was about an app that filtered photos to essentially clothe people in bikinis, something which was creepy enough that Facebook was probably right not to want it on their platform. Take away the question of offensive content and couch the issue solely on the question of whether or not what’s being said agrees with an editorial position Facebook or YouTube have decided upon, and you’ve now crystallized the dilemma these platforms face.

Because if you want to be a publisher, you can be sued as one. And there’s no going back to being a public forum.

I would argue that’s where we are. And while we would be much better served with alternatives to Facebook and YouTube surfacing so the market can punish this kind of censorship before it gets completely out of control, the legal aspects of this are going to have to be sorted out. It isn’t acceptable for monopolistic Big Tech actors to arbitrarily ban content they don’t like while acting to drive competitors from the scene, and whether that’s punished by the courts, antitrust laws, or federal regulation before the market can do its work, something has to give.

If not, then we will find ourselves just like China before long, where only one opinion is allowed. Far too many Americans are already too comfortable with that.