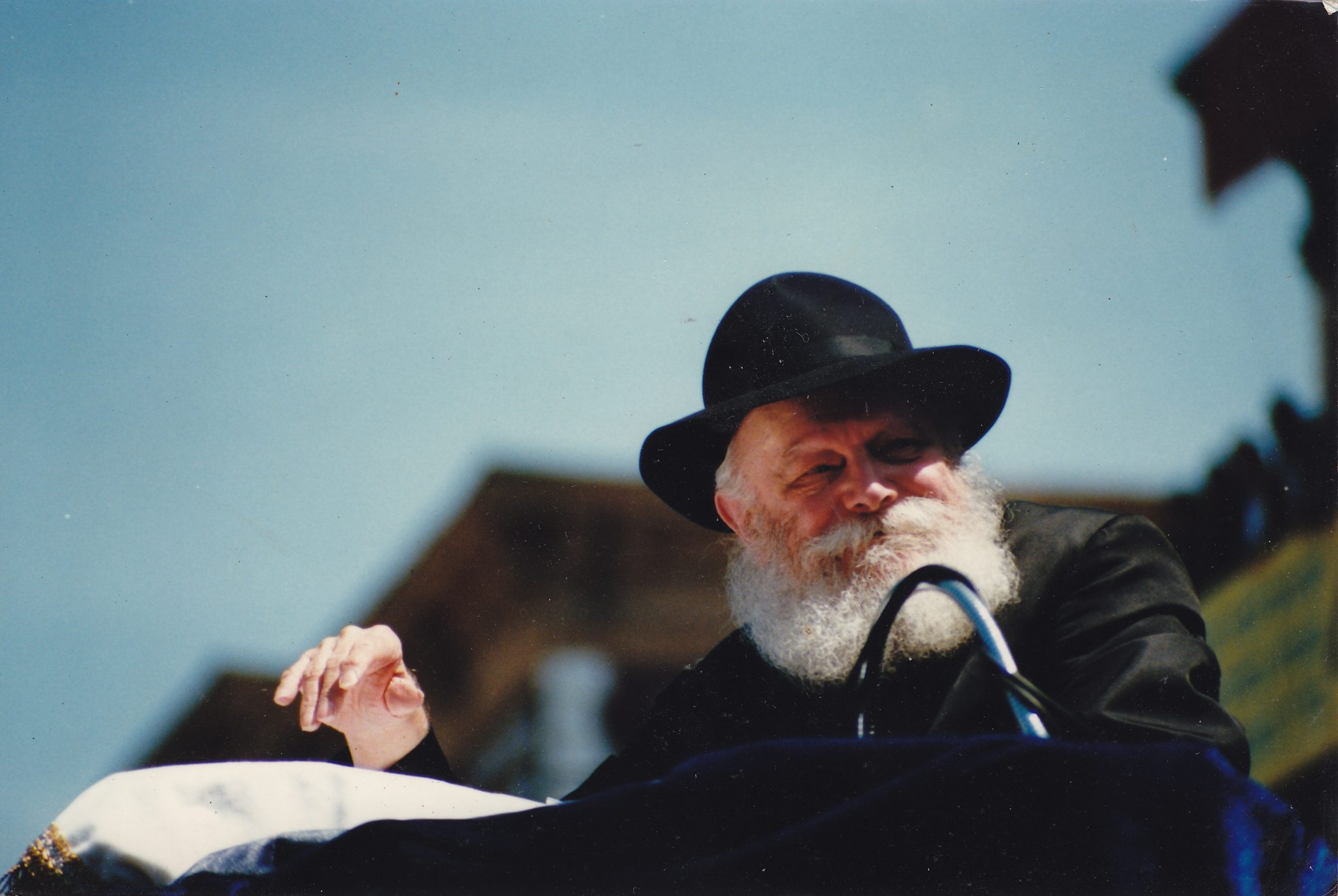 Today, Saturday, marks the anniversary of the passing in 1994 of an extraordinary man, Rabbi Menachem Mendel Schneerson, better known as the Lubavitcher Rebbe. He was first and foremost a leader, someone who understood people very deeply, who could see their hidden potential to bring good to themselves and others, and who could help them unlock that potential.

His leadership was nourished and fortified by immense learning, encompassing not only the vast span of centuries of Jewish literature, but also secular knowledge of all sorts, from electrical engineering to quantum mechanics to politics and history.

When I had come to be acquainted a little with him and his work, I developed a wary but growing respect. I had never met a person like him, and, distrusting cults of personality, I felt it important to not throw away my critical sense.

His leadership was nourished and fortified by immense learning, encompassing not only the vast span of centuries of Jewish literature but also secular knowledge of all sorts, from electrical engineering to quantum mechanics to politics and history.

I generally found my respect and admiration growing as I got to know the man and his teachings better. But when I heard him speak publicly about how America was founded for the sake of religious freedom, I was skeptical in an amused kind of way. Surely the Puritans were not interested in anyone else’s religious freedom but their own. This was a kind of a wishful projection, I thought. Best not to take the Rebbe as an authority on American history, and reserve my attention for the other things where his mastery had been proven in my mind.

It wasn’t until a few decades later that I came upon Eric Nelson’s extraordinary book The Hebrew Republic. Nelson, a professor of government at Harvard, outlined the overwhelming importance of not only biblical but also rabbinic sources in the arguments of 17th-century political thinkers in the West who were making the case for religious freedom and the political rights that would make republican government possible.

Nelson pointed out that the political thinkers of the late Middle Ages relied on Aristotle, who was indifferent to the outer form of government, believing that each kind had characteristic advantages and failings. But in the 17th century, a series of thinkers began referring back to Scripture and then to rabbinic writings, which were just beginning to be seriously studied by non-Jewish scholars. Such people as Hugo Grotius, Gerardus Vossius, Petrus Cunaeus, and James Harrington set forth ideas crucial to the development of what we know as Western democracy and a peaceful international order.

As these scholars saw it, the biblical tradition was not indifferent to the political order. It had something definite to say.

And most amazingly, they did not see that biblical tradition as it is commonly derided in today’s secularist culture — as intolerant and seeking to trump people’s freedom by uncontestable divine fiat. Using biblical sources as seen through the prism of rabbinic legal tradition, they pointed to something quite different.

Perhaps the greatest of the scholars of this area — at the very least, in greatest in mastery of rabbinics — was England’s John Selden. A common lawyer and adept parliamentarian, he spearheaded the fight that passed the landmark Petition of Right, reaffirming the Magna Carta’s constitutional limits on kingly powers. Selden consistently used his scholarship to debunk claims of uncontestable divine authority put forward by so many different players in Britain’s politics, from King Charles’ assertions of unlimited royal prerogative to a powerful and large Scotch delegation to the Westminster Assembly that claimed a divine mandate to change England’s church to Presbyterian.

Selden based his work on the ancient teaching passed on by the rabbis that all peoples of the world are commanded by God to observe seven commandments. These alone God makes mandatory on everyone. Under the authority of the sixth of those commandments, which mandates all people to set up systems of courts and law, each nation is given freedom to work out everything else in their society as they decide. The divine hand is there in setting up the great constitution of the seven laws, which then empowers the people to decide the rest.

Selden’s immense learning and judicious temperament carried the day, though his concept of a fully constitutionally limited monarchy did not come to pass until a few years after his death. Even longer did it take for arguments for religious freedom to gradually take hold, with Jews being readmitted to England after having been expelled from there by King Edward I centuries before. His arguments for tolerance of Catholics took longer but would eventually find expression in British law.

As I learned about this chapter in history for the first time, I smiled at my own ignorance. The Rebbe, who only came to this country at about the age of 40, had gotten it right.

Our education needs to correct itself on this point. Traditional religion, the ruling class teaches, is benighted and intolerant. It has no room for freedom, and it inserts itself into every issue. Reject religion, they say, and accept the freedom of our rule.

But as so many now realize, one can never know all things, and therefore one always has a religion in the real sense — acting on faith. The only choice we really have, as Wendell Berry once put it, is whether we put our faith in something deserving of it or in something that does not so deserve.

The constitutional vision that Selden, Grotius, and others of their time saw in the Seven Noahide Laws was what the Rebbe was referring to. He, too, spoke continuously of those laws and of how they bring peace and freedom to the world. It is a compelling vision and one that understands a truly shared heritage flowing from ancient Israel to today. Understand it on its own terms, not in the terms of those who demean it in order to impose their unacknowledged orthodoxies upon us. Service of G-d is predicated on freedom — “Let My people go — that they may serve Me.”

It is this that underlies our American vision and of which it is a part. It has been sorely tested time and again, even as it is being tested today. We are and will be witnesses to the vision’s reemergence and triumph.