by Ellie Gardey
A church is padlocked. (Shutterstock/Show Must Go On) 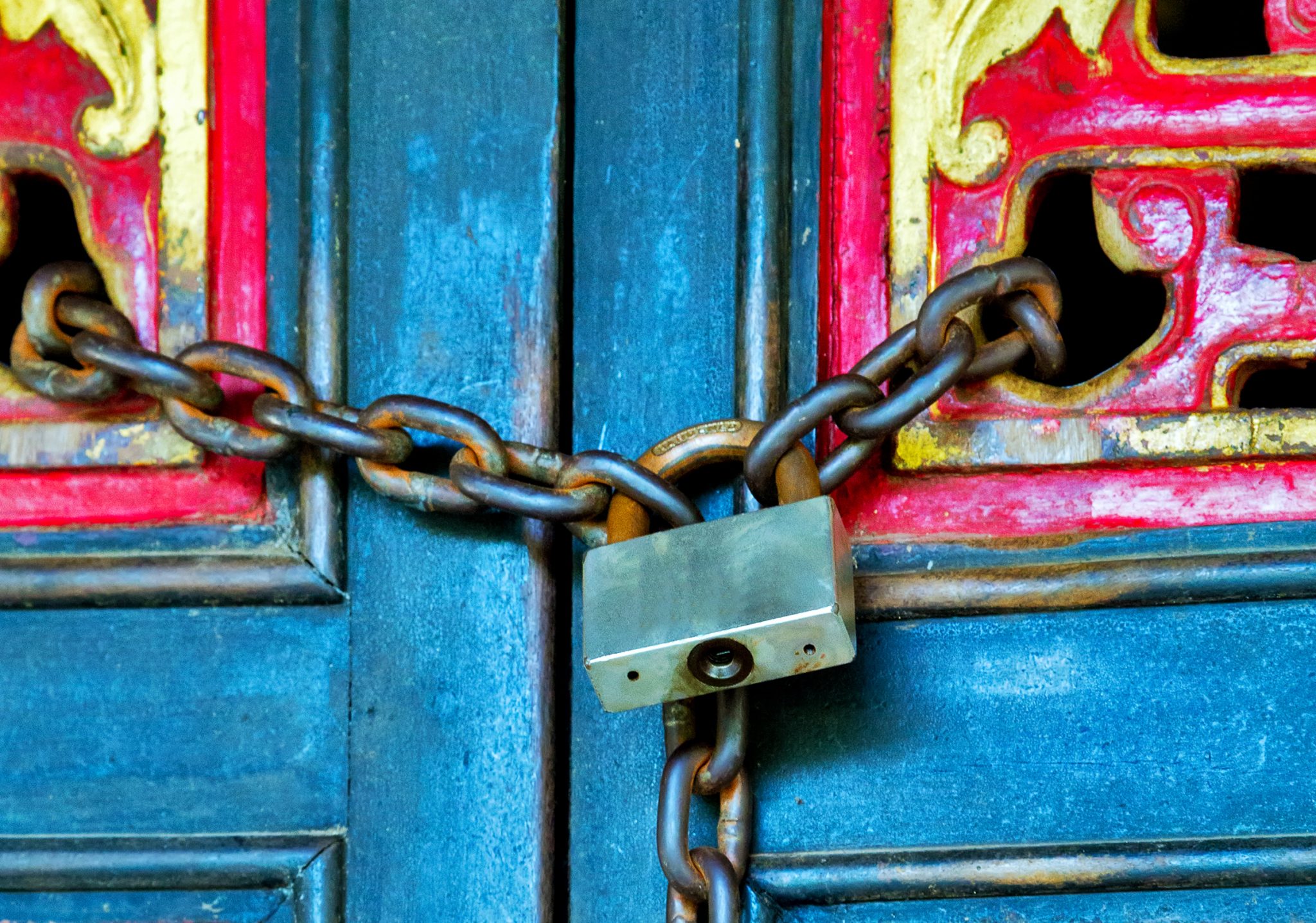 A large swath of U.S. churches have not reopened for in-person services even though they have legal license to do so. It’s a decision that may very well spell destruction — with dwindling congregations and empty coffers — but it’s a decision many pastors are making nonetheless.

Almost one-third of church-going adults, 31 percent, attend a church which was still closed for public worship as of mid-July, according to a survey from the Pew Research Center published Thursday. In addition, half of church-going adults (those who attend services at least once a month) said they have not attended any in-person religious services for the past month. At the time of the survey, July 13-19, public worship was permitted everywhere in the United States except in some counties in California.

In the majority of cases, it is a sacrifice for a church to remain closed. It makes it much more difficult for a pastor to engage with worshippers, causing members to lose their connection to the church.

Owing to the politicization of virus restrictions, the decision to reopen a church for public worship has also become political. Left-leaning churches are more likely to stay closed because the political Left favors greater coronavirus restrictions than the Right. Right-leaning churches are more likely to reopen, a phenomenon shown in that the churches covered by the media for opening prematurely tended to lean to the Right.

Additionally, Democrats were more likely to say their church remained closed than Republicans: 42 percent of Democrats said their church is closed compared to 23 percent of Republicans who said the same, a divide reflecting a greater proportion of churches with more left-leaning congregants remaining closed.

Two Christian denominations in Milwaukee, Wisconsin, demonstrate this political divide. All churches in Milwaukee affiliated with the theologically and socially conservative Wisconsin Evangelical Lutheran Synod have reopened, while almost no churches in Milwaukee affiliated with the Evangelical Lutheran Church in America (ELCA), which is theologically liberal and whose members lean Democrat, have reopened. Churches in both denominations are free to make their own decision about reopening.

Fourteen out of 17 churches in Milwaukee affiliated with the ELCA are still closed for public worship and are only streaming worship services online. The churches that are closed justify the decision as the most charitable response to those at risk of catching the virus. For instance, Cross Lutheran Church in Milwaukee justifies its suspension of all in-person worship and meetings with this sentence: “Together, we do our part to protect God’s people during the COVID 19 crisis.”

Unity Lutheran Church in Milwaukee, also of the ELCA, is continuing services with only YouTube videos of the long-haired Pastor Kevan Penvose preaching, praying, and performing songs on his guitar from the comfort of his home. Unity Lutheran’s YouTube worship service from this Sunday has thus far garnered 17 views, leaving one to wonder how a congregation could sustain itself financially through five months of that.

Immanuel Lutheran Church in Milwaukee, also physically closed and affiliated with the ELCA, has disseminated instructions to congregants on how they can bake their own communion wafers and consecrate the wafers themselves, giving congregants the ultimate reason to never return to church.

According to Pew, most churches that have reopened are practicing safety precautions like having parishioners wear masks, social distance, and avoid singing. Many are also limiting the number of people who can attend services.

Despite the availability of these precautions, many pastors have deemed the risk of spreading the virus to be too great to hold public worship.

In the majority of cases, it is a sacrifice for a church to remain closed. It makes it much more difficult for a pastor to engage with worshippers, causing members to lose their connection to the church. In fact, only 30 percent of practicing Christians communicated with their pastor at all during the month of April (when most churches were closed), according to a survey by the Barna Group. Without this interpersonal connection, churchgoers lose the incentive to fund their parish to support their pastor.

Additionally, a church that operates only online cannot maintain the same kind of community that comes with in-person interactions. The lack of a weekly bible study or a monthly church picnic, and especially the lack of an in-person worship service, leads to a fractured church with no real ties with one another. This in turn causes a church to lose its relevance in a local community and in people’s lives.

However, in some cases a church has actually found that it is more successful as an online parish because it can draw worshippers from outside its local community with superior audiovisual technology and an active online community. But this success only causes dwindling numbers and reduced donations for parishes that are unable to provide the same online experience.

Pastors know their churches could be destroyed by staying closed, but they’re still keeping their doors locked. Evidently, the politically related conviction that the maximum possible restrictions should be taken to protect people from COVID-19 remain strong. But by keeping their churches closed, ostensibly out of charity towards others, pastors may very well cause the end of their local church and contribute to the decline of Christianity in America.