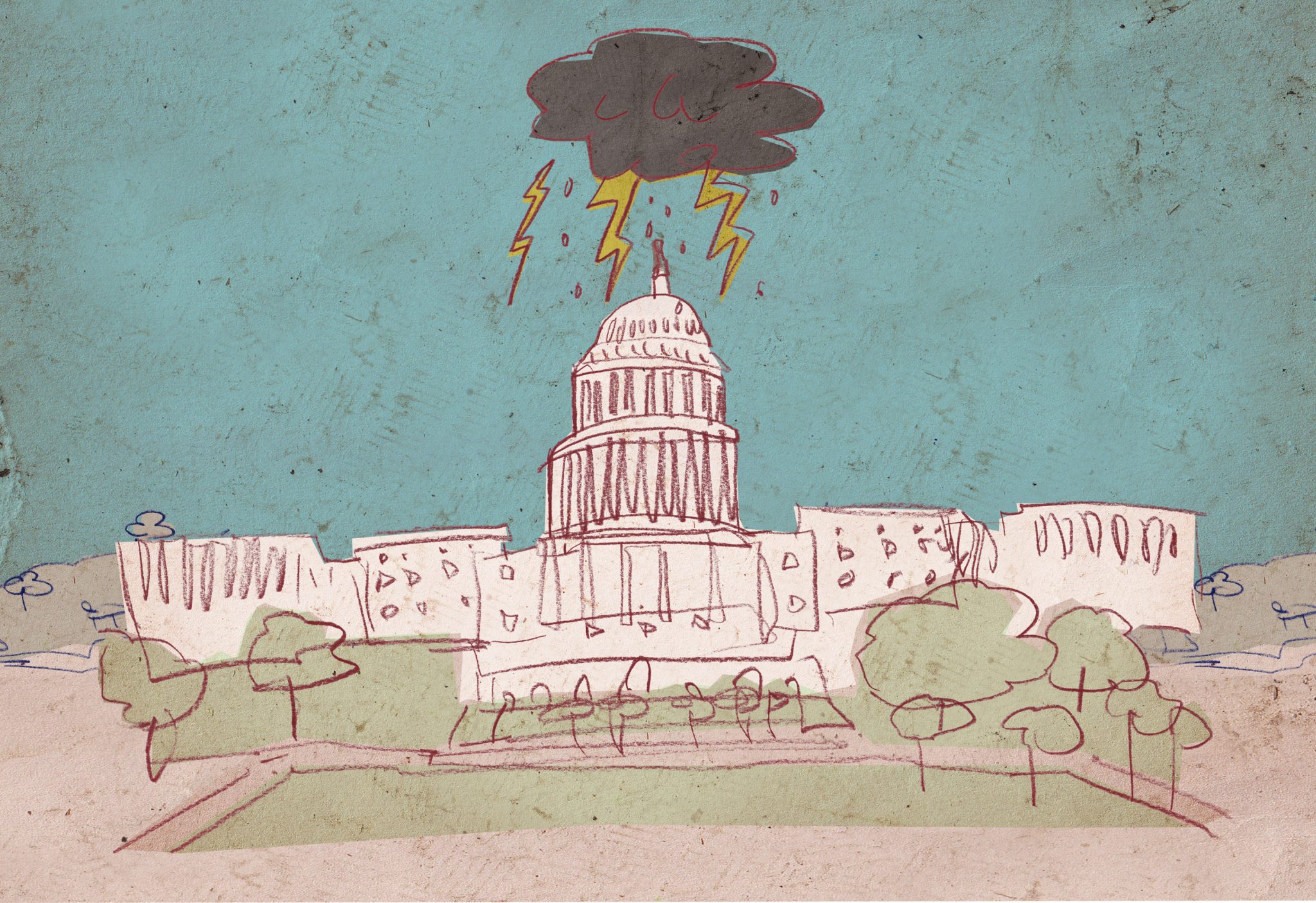 Fortunately for all of us, we are not given birth to in the basements of Capitol Hill, with Nancy Pelosi playing midwife, Kamala Harris reading us our rights to be male, female, neutral, transgender, fluid, binary, or gaseous, and Joe Biden nervously milling around, waiting for paternity tests. You are not born from the federal budget. Normal people are born from a mother, in a more or less familiar environment, with minimal state presence in the room. We enter this world naked and crying, which is a nice reminder of how we will leave unless we get to work as soon as possible. Even though you may detest having to resort to crying to get anything, soon the love of those around us will make us forget all the tribulations of having been brought into this world in a reasonably involuntary way — at least on our part.

Your family is your first school of life, your school of values and affections. And it is your homeland, where those values are best preserved throughout life. That is why the Left has worked hard for decades to devastate the family. Now that they think they have succeeded (fortunately, it’s not true, but they believe it, because they also believe they can stop climate change), they are beginning to focus their missiles on the homeland. Any American may find this strange, but the truth is that they have been doing it for a long time in the old European nations. And with heartbreaking success.

Every age has its prophets. Sometimes I think that God sent us the Holy Spirit because he knows better than anyone else how stupid man can be. Under providential inspiration, St. John Paul II anticipated many of the things that, unfortunately, have happened inside the realms of family, nation, and generally speaking anywhere we feel rooted. In 1994, he wrote “Gratissimam Sane,” his Letter to Families. “The family,” he said, “is the basic ‘cell’ of society.” And he later acknowledged the “almost organic link existing between the family and the nation.” He added, “By sharing in the nation’s cultural heritage, the family contributes to that specific sovereignty, which has its origin in a distinct culture and language.”

The problem with the cultural struggles of the Left is that they are always destructive. It’s a system that only works if there exists inequality and people feeling very offended somewhere (and people love to discover that they should be very offended by something). This puts them in a very comfortable position: that of always being ready to shoot something down. In that they resemble duck hunters.

The Left’s political system doesn’t work unless it’s against something. Yesterday it was the rich, I guess today it’s straight white men, and tomorrow it could be Daffy Duck’s turn. That’s why for the destruction of family structures no alternative plan was put in place. The ’70s communes, where hippie grandmothers walked around parading their wrinkled tattoos, smoking joints for breakfast, with babies belonging to everyone and no one, cannot be considered a real alternative to the family. It was more like a generalized excess of marijuana, coupled with a whole generation’s need to create their own drama.

Unable to build alternatives, the Left decided to break down the family. That is to say, they invented so many alternative models that normal families were lost in an immense relativistic haze. Obviously, in the meantime, they attacked marriage, using the same technique: muddying the ground. They even went after sex, which they call gender and which, according to the doctrine of Kamala Harris, today can be changed from human and male to female and sheep with no procedure necessary except wishing it very hard.

Once the basic cell of society was dissolved, the Left also found it necessary to dissolve the homeland, which after the family is the main magnet of cultural rootedness, and our connection with tradition. Multiculturalism was the excuse. They did not want to welcome anyone. They only wanted to weaken national identity. That is why presently they embrace the unthinkable, such as Islamism, when they should constitute their natural enemy. It is not that now our progressives like to visit their local mosque, leaving their shoes in the entrance. It’s just that they want to do away with all of the nation’s symbols of identity. Their animosity towards Christianity comes from the same place: they fight against everything that teaches man to be free and to love our past and our institutions.

They are coming, therefore, guns ablaze, for their own homeland, in a sort of Freudian delirium. The United States will be no exception. Their main ally will be those who maintain an equidistant stance. The good news is that they will fail. The bad news is that, in the meantime, they will give us our fair share of grief.