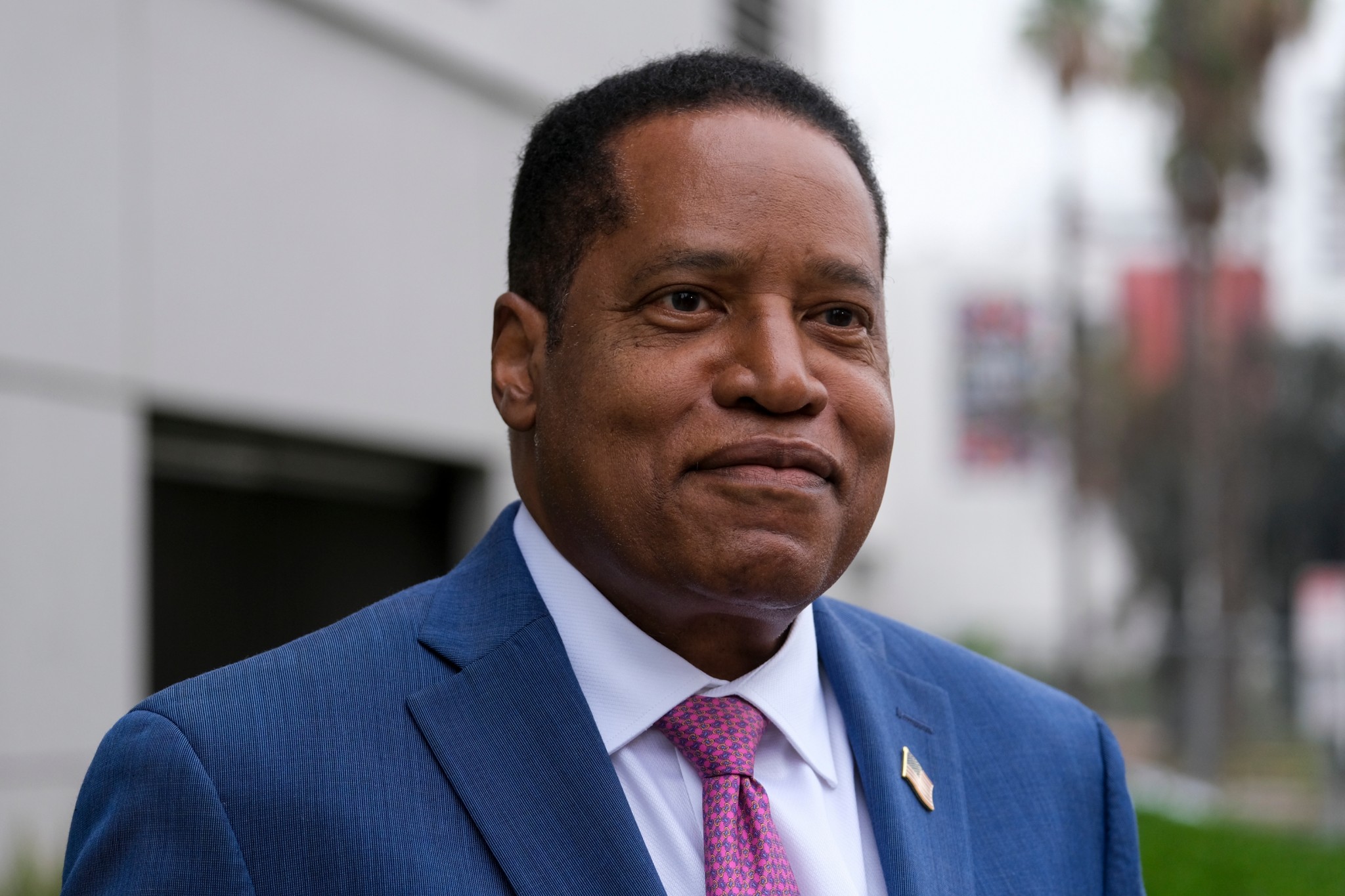 Leave it to left-wing Los Angeles Times columnist Jean Guerrero to play the race card against California GOP gubernatorial candidate Larry Elder, a black man. On Sunday, Guerrero said that Elder poses a “very real threat to communities of color.” As this is written, Elder, a talk radio star, is running well in a race to recall Democrat and incumbent Gov. Gavin Newsom.

Make no mistake, playing the race card is what the Left does — and has always done.

As documented in this space repeatedly, the Left is a staunch proponent of the Party of Race — Democrats. They need race to win elections. Whether it was slavery and segregation or today’s identity politics (the son of segregation), racism is at the very core of their beliefs.

Which is exactly why Guerrero sees Larry Elder as such a threat. Elder has walked off the liberal plantation, and Guerrero is predictably enraged.

This is exactly the treatment dished out to African Americans who have similarly left the liberal plantation. Clarence Thomas, Dr. Ben Carson, Condoleezza Rice, and more have been similarly pilloried over the years. In Georgia, Herschel Walker is running for the U.S. Senate and Vernon Jones for governor — both are African Americans and are running as Republicans. They can expect the same treatment as Elder and the rest at the hands of liberals.

A colleague of Guerrero’s at the LA Times, Erika D. Smith, has called Elder the “black face of white supremacy.”

What’s at play here with this yet-again blatant display of open racism by the Left is the belief that black Americans are not allowed to think for themselves. They must be liberals — or else.

Justice Thomas addressed this in a recent documentary, Created Equal: Clarence Thomas In His Own Words.

As recalled in the documentary, when Justice Thurgood Marshall — the first African-American on the Supreme Court — announced his decision to retire, liberals demanded a black nominee to replace him. President George H.W. Bush obliged by nominating then-Judge Thomas. All hell broke loose on the Left. Why? Because the judge was a conservative — he had left the liberal plantation. And those who ran the plantation were up in arms about that. Justice Thomas said in the documentary:

Do I have like stupid written on the back of my shirt? I mean come on. We know what this is all about.

People should just tell the truth: “This is the wrong black guy; he has to be destroyed.” Just say it. Then now we’re at least honest with each other.

In his testimony at his confirmation hearing, Thomas hit back at his critics by saying an all-too-obvious truth about what was being done to him with unproven allegations of sexual harassment:

And from my standpoint as a black American, as far as I’m concerned, it is a high-tech lynching for uppity blacks who in any way deign to think for themselves, to do for themselves, to have different ideas, and it is a message that unless you kowtow to an old order, this is what will happen to you. You will be lynched, destroyed, caricatured by a committee of the U.S. — U.S. Senate, rather than hung from a tree.

Bingo. (And notably, after all the uproar, when the same kind of accusations and more — a rape charge — were made against Bill Clinton years later, they were dismissed by liberals of the day as “only about sex.” Clinton, of course, was a white guy.)

Let’s get it on the table. The attacks on Larry Elder by Jean Guerrero and Erika D. Smith are nothing more than the latest version of what Justice Thomas called “a high-tech lynching for uppity blacks who in any way deign to think for themselves.”

The American Left thinks they own black Americans. It is no accident that their thinking is descended from the thinking of the founders of the Democratic Party — slaveholders one and all.

Can Larry Elder beat all this race-related garbage in the California recall election? We shall see. But whatever happens, he is to be applauded for having the courage to stand up and fight those who believe they have the right to tell black Americans what they must think.